The People vs the US Federal Government 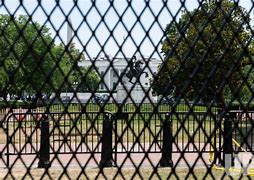 It all began in earnest when during the Obama Administration the federal government unleashed two forms of social unrest against the states and people of America. Attorney General Eric Holder stated that racial inequity would be one of his priorities while commenting that the thought of domestic terrorists kept him up at night. Secondly, when the border states began enforcing immigration law because the Obama White House refused to, Eric Holder began wasting taxpayer money suing these states for upholding the law, in other words, protecting the border. Joe Biden, VP during the Obama Administration was part of all this anti-American policy!

How did Attorney General Holder define domestic terrorists? He defined them as American war veterans, Evangelical Christians, Oath Keepers, militia groups, grouping them all together as White Supremacists. Holder didn’t seem to get it that these groups were patriotic, conservative, and upheld the US Constitution, but let’s remember that Washington DC no longer deals in truth or the will of the American people any longer. We are under assault from our very own government.

Fast forward to today. A prosperous US economy that President Trump’s policies created, the highest level of employment in history, a secured border, and the assurance of US support of our allies abroad was completely dismantled by Joe Biden and the shadow government operating behind him. We now have more than a million illegal aliens who have been shipped all over the US with federal government assets, who are unvetted and potentially dangerous. Unemployment soared as a result of the flawed Covid 19 lockdown policies that created a jobless environment and caused some 39% of small businesses to close their doors forever. Americans are being forced to either take an untested and dangerous vaccine that does not even provide immunity while according to VAER's Adverse reaction statistics, almost 4,000 people have died due to the injection itself. These are only the reported deaths as normally only 1 to 3% of negative reactions to vaccination shots ever get voluntarily reported. 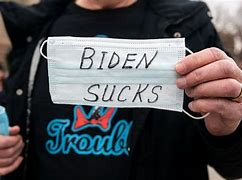 Under the Joe Biden White House Afghanistan was transformed from a peacefully occupied country where no US soldier had been killed for the last 18 months into a cowardly retreat that cost the lives of 13 US soldiers, hundreds of deaths of Afghans who collaborated with American forces, and an untold number of Americans who remain stranded in a hostile foreign country as the Taliban go door to door ready to execute those who have not escaped! Add to this SNAFU the 83 billion dollars’ worth of high tech US military hardware and millions of dollars of 100 dollar bills on pallets paid to the Taliban as extortion money, and you have the most embarrassing excuse for a withdrawal in all of US history!

January 6th, patriots from all over the US came to a Trump rally on Capitol Hill out of hundreds of thousands of people only a few got into the Capitol Building. Without bringing in guns, or any other weapons and many being admitted by the Metro Police, the Biden Administration now holds political prisoners being treated with more brutality and dis respect than the terrorists being held at Guantanamo Bay who have murdered US guards in attempts to break out! Those people were given soccer playing fields and food of their culture while American citizens held in Washington DC are being denied medical treatment, are being forced to drink filthy water, and are being beaten by the guards. This, as they are forced to spend 23 hours a day in solitary confinement! Americans in normal walks of life being treated worse than illegal aliens coming over the border or the terrorists who attacked the US after 9-11. What’s wrong with this picture?

The real enemy from within?

Everything that the federal government is empowered by the US Constitution to do in the service of our country has been violated, ignored, and intentionally neglected under the Biden Administration! This constitutes a war that is going on, not with our foreign enemies, not with terrorists, but with the policies of a government that is supposed to be for and by the people! This insanity is being sanitized and supported by a mainstream media that might as well be the press corps version of the enemy of the American people as well.

We now have the federal government declaring that our founding documents, the US Constitution and the Declaration of Independence as being as being racist, misogynistic, and offensive! With all these actions, do we not have a literal war being waged against the Constitutional Republic and civil society? Why were the Republicans reticent to jump Biden over the border wall being left wide open? Even Governor Greg Abbott did not act immediately by sending National Guardsmen to the border. Now we have law enforcement from other states that have come to assist in security over the Texas border with Mexico, but not the federal government! What the Biden White House has done is to declare war on the American people whom they obviously have little if any consideration for. President Biden seems to have become even more emboldened in declaring vax mandates by all employers even though countries of the world are pulling back on the use of the MRNA injections and are also calling for prohibiting mask and vaccination mandates! It would seem that America is under attack from almost every conceivable angle as Biden solidifies the police state with our major news outlets only parroting the same lies that are costing American lives! How could this have ever happened in this country, and why is it being tolerated? 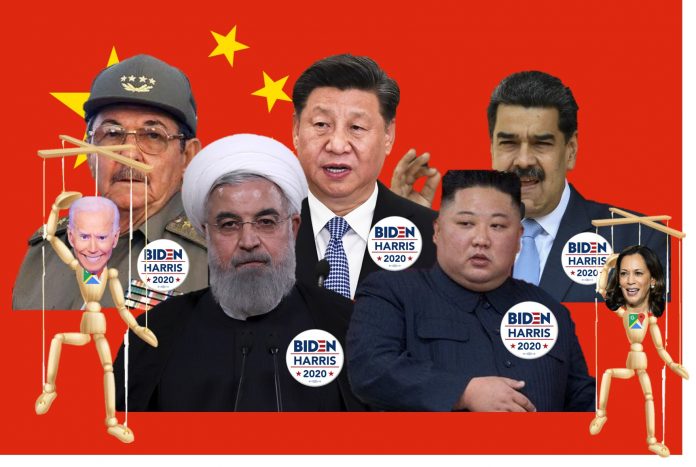 " I wonder who's behind all this shit. According to this rumble vid.... I think we know…"
5 hours ago

cheeki kea commented on Chris of the family Masters's blog post The vaccinated sheep are being taken for a ride; how long before they jump off the train? Never?
" I guess they will let them jump off the train when the cull quota is close to being…"
9 hours ago

Whore Us and the whore cops!