The Strange Cases of Positive Effects of War 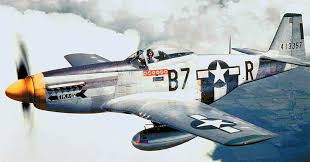 The year is 1943 and as World War II rages the US Eighth Air Force has been in command of the daylight bombing mission to take the war to Nazi Germany. Armed with B-17 Stratofortresses and the Norden bombsite American airmen fly over the most heavily defended air space in the world. Heavy flak bursts all around in the skies at 30, 000 feet and Bf-109 Messerschmitt Fighters fly in at over 300 mph. attempting to shoot down the formations of B-17 bombers.

According to the memoirs of Chuck Yeager a capable pilot who will fly his P-51 Mustang as an escort along with the B-17’s deep into Nazi Germany to dog fight with his counterparts and try to save the lives of bomber crews, each morning in predawn hours P-51’s sit on the tarmac of their English airfields awaiting aviators ready to fly more than 1,100 miles alongside the B-17’s. At 5:00 am the pilots ride bikes or jeeps out to the P-51 Mustangs on cold dark mornings. Breakfast is a hunk of whole grain bread slathered with bilberry jam. After several missions pilots begin to notice that they’re vision seems to be improving but they don’t know why.

Flight surgeons are curios and begin examining the aviators and asking them what changes they’ve made in their behavior or diets. Soon the doctors find that the bilberry jam seems to improve visual acuity and focus. Chuck Yeager who will go onto to an amazing career as a fighter pilot in 3 wars as well as a the first man to ever exceed the speed of sound flying the Bell X-1 rocket plane has stumbled on a hidden source of healthy nutrition as have his buddies all noticing how bilberry has helped them spot the enemy sooner in the air in order to get into position faster for air combat. As it turns out bilberries are high in one of the most powerful anti-oxidants known to man 6000 times more potent than Vitamin C. Astaxanthin, the active ingredient in bilberries will later be identified as an important anti-oxidant and very good for the eyes. Yeager will soon shoot down 5 enemy aircraft in one day in his P-51 Mustang but later be shot down himself, captured, and forced to escape back to Allied territory again before the end of the war to fight again.

The design of the modern passenger jet airliner owes much to the construction and designs of World War II bombers assembled at the Boeing Plant 2 facility. It was there that the first B-17 was produced for testing in 1935. The large body construction of these warbirds led in a large part to the future fabrication of peace time passenger airplanes and jetliners. Having built the B-17 Stratofortresses, the B-29 Superfortress, the plane that dropped the atomic bombs “Little Boy” and “Fat Man” on Nagasaki and Hiroshima to end the World War II with Japan, Boeing contributed greatly to the fuselage configuration of modern civilian passenger aircraft. Boeing also built the B-52 high level bomber which is still in service today. These bomber designs made large high capacity passenger planes a dependable and comfortable reality for long flights internationally and as well as across the continental US. 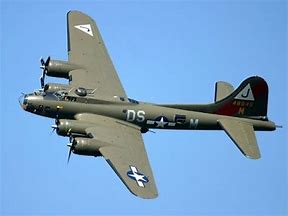 Today thousands of passenger jet flights cross the skies and carry passengers across oceans in a timely and cost effective manner. The old saying that you’re safer in the air than driving a car due to the thousands of flights that come off without incidence compared to the high number of traffic accidents would seem to attest to such a claim. Unfortunately, war time is the mother of invention for many innovative products we take for granted each day that improve convenience and reliability. Boeing and its pioneering development in bomber flight and design has made modern passenger jet travel a safe reality for our civilization. 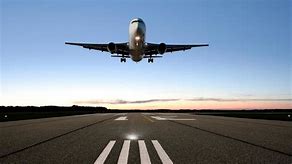 "No Presidential action on censorship for you, Christian White people! Other than to censor you, of…"
3 hours ago

Mr. Sizzle commented on steve's blog post WARNING--- NOT FOR THE SQUEMISH-- Food from HELL, Quisine from the third world savages they are flooding our country with
3 hours ago

Mr. Sizzle favorited steve's blog post WARNING--- NOT FOR THE SQUEMISH-- Food from HELL, Quisine from the third world savages they are flooding our country with
4 hours ago

Mr. Sizzle commented on steve's blog post WARNING--- NOT FOR THE SQUEMISH-- Food from HELL, Quisine from the third world savages they are flooding our country with
4 hours ago

Mr. Sizzle commented on Chris of the family Masters's blog post American National Alert and Appeal
"Oh snap, This is what the liberals fear the most.  One man that has capabilities in a SHTF…"
4 hours ago

There is something very very UNCIVILIZED about these primitive  creatures. Just look at what they…See More
5 hours ago
1 Comment 1 Favorite

steve commented on Chris of the family Masters's blog post American National Alert and Appeal
"Hey James,        Best I can figure is ol Adolf got woke to the fkn j-ws and…"
5 hours ago

Jews come before the 1st Amendment.
6 hours ago
4 Comments 1 Favorite

James Roberts commented on Central Scrutinizer's status
"Indeed, not that it will make any difference, though."
7 hours ago

James Roberts commented on Chris of the family Masters's blog post American National Alert and Appeal
"Hitler wasn't a pagan or a satanist, he didn't love war, and he didn't ban guns. Nor…"
7 hours ago

"Israel doesn't have a constitution. The govt can do whatever it wants."
7 hours ago

"Even if the "public domain" is privately-owned, they don't have a right to censor.…"
7 hours ago