The US Media True Enemy of America Part II 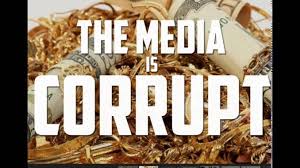 In a world of multi-national companies with an endless paper trail of subsidiaries that originate from different cultures and political philosophies so we find the US media, not necessarily aligned with American interests. Over the last few decades mergers between industries and the portfolios they find themselves a part of do not and will not always see eye to eye with interests of the United States. Globalism is a double edged sword that does not necessarily benefit US politics or prosperity. The acquisitions of US broadcasting companies has played a part in shaping public opinion and has even influenced US elections.

For decades the US media operated with little representation from conservative voice. There was no organized conservative cause. The right wing conspiracy always named by Hillary Clinton as her nemesis did not exist! But for a few stand out intellectuals like William F. Buckley, Milton Friedman, and Ronald Reagan the American mainstream media operated with impunity! The CFR (Council on Foreign Relations) had done its job vetting the kind of voices and ideologies they wanted verbalizing their political slant and influencing the American public in the direction they wanted as well.

The year is 1968 and in the aftermath of the Tet Offensive in Vietnam a ruthless attempt to catch the US military and South Vietnam forces off guard during a traditional New Year’s celebration fails! A massive insurgency that did achieve the occupation of the US embassy in Saigon lasts only a few hours. Major battles to take prime targets fail. The North Vietnamese regulars slated to storm US positions once the Vietcong had created enough havoc and disruption in lines of communications while attempting to sabotage USAF bases and other infrastructure collapses as American troops retaliate. The anticipated public support by the South Vietnam people never takes hold as most of them have now realized the US is not the enemy and they benefit from the economy that it has created.

Snatching defeat from the jaws of victory

Virtually all Vietcong presence in South Vietnam has been crushed as thousands are killed and captured while the North Vietnam regular army suffers massive defeats at the hands US Marine Units and US Army Helicopter Cavalry response in weeks to come. The South Vietnam War is at a crossroads. The enemy is practically wiped out, but a psychological victory ensues because thanks to the US media who has broadcast negatively about the war and shown nothing but casualties throughout the conflict public support is low. When Walter Cronkite announces that the war is lost the reality of the true events pales in comparison. Even a Pentagon general acknowledges that because Cronkite is so trusted that if he opines on the air that the war can’t be won then as far as the public’s concerned it can’t.

More than one enemy

Thanks to the news media and exactly how the Communists under Ho Chi Minh had planned American journalism had played right into their hands. The US media had literally won the war for them. Especially with Hollywood and Jane Fonda doing their best to demonize American leadership and it’s baby killing soldiers, a war that could have been won and a US allied that could have been saved will be ground down into an eventual defeat and the much media avowed narrative of lambasting the “Domino Theory” comes true as Cambodia is soon to follow South Vietnam crumbling under the Khmer Rouge and the infamous killing fields. The US media not only changed the public’s perception of the war but even the outcome. One defense strategist commented that had the US media been allowed to cover World War II the same way we would have lost to the Nazi’s and Japanese!

1966 on the Kent State Campus as anti-Vietnam war protests ravaged the grounds of colleges all over the US a plan was unleashed there by the media reporters covering the local events. When protesters couldn’t figure out how to ignite a college building on campus media employees readily showed them how it was done and from then on there were fires on the Kent State campus necessitating the presence of the National Guard! In the days to come a final confrontation ensued and when violent demonstrators threatened the young our numbered guardsmen they were ordered to form a defensive perimeter! A shot was fired followed by a volley of rifle fire and two people were fatally wounded! Who fired the shot? Many believed it was never fired by a National Guard but by a campus agitator in anticipation of the opportunity for the spotlight. Of course, the iconic photo of the terrified female college student squatting next to the bleeding body of a fellow student was born for the anti-war movement!

1979 at the US Embassy in Iran thanks to the overthrow of the Shah and the arrival of the once exiled Muslim cleric Ayatollah Khomeini more than a fifty US diplomatic personnel are captured and held for ransom by the new radical Islamic faction. Young Iranians who are not militant but gathered at the embassy gates are exhorted by US newsmen who are caught on camera urging the crowd into violence and angry outrage! Death and mayhem are always great for ratings! It would be more than a year and not until President Jimmy Carter stepped down after a miserably botched rescue attempt by the US Army that Ronald Reagan, feared by the Iranians, takes office. Quickly, the Khomeini Regime decided to turn over the US hostages. While some claim this was merely a way to smear Jimmy Carter, insiders knew that Reagan’s messages to the Iranians promising a swift reprisal if there was no release had motivated the reprieve.

Refusal by the US media to report events that were politically not aligned with their liberal agenda is just as much a pivotal factor as merely spinning the news reports in whatever way the media saw fit to do. Just as the liberal media have accused conservatives of being heavily supported by the money of big business and industry conservatives have accused the leftist media of allowing its own supportive opinions about gun control, abortion, Gay lifestyle, and socialism to be repeated and hammered into the consciousness of an unsuspecting public relying on them for information too. When well-known media moguls have made arrogant public statements about how they influence government policy and how their perspective will be reported not necessarily the objective role that news should play. One should know there’s a problem.

The US media while demonizing President George Bush’s administration acted as guard dogs for President Obama after his election either trying to ignore the damaging news that would cost them public opinion and endlessly minimizing outright criminal acts being committed by the Democrat party that now had a majority in both houses. Such scandals as Fast and Furious would never have been reported if not for inside whistleblowers. After the Benghazi disaster where the US media ran a story of how the nice Libyan people helped Ambassador Stevens to the hospital but he died of smoke inhalation was proven a lie when foreign journalists there at the scene reported and filmed Christopher Stevens being beaten, kicked, raped, and dragged across the streets of Benghazi! After lying to the American public that the Benghazi attack had been a demonstration that had gotten out of hand over Muslims having been offended by an obscure film that almost no one had ever seen President Obama sent Susan Rice on a mission to news talk shows to further spread the lies of the administration with ABC, CBS, and NBC more than happy to air the deception. Of course, according to CNN and MSNBC scandals such as the IRS debacle, Solyndra, the VA scam, and so many more were given sparing coverage.

In the present despite huge progress made by President Trump in economic growth, highest levels of employment in decades, tax cuts for Americans, an end to the nuclear threats and missile launches by North Korea the US media had perpetrated a frothing at the mouth rabid campaign of hatred that completely contradicts the revitalization of the country thanks to a savvy that Washington politicians long ago forgot along with them putting the American people first instead of last. For all his tireless efforts in upholding federal law to enforce national security, get US allies to pay their fair share of NATO funding, to offer strength in the eyes of our enemies rather than the limp wristed policies of President Trump’s predecessor the US media has rightfully earned the label of “Enemy of America”. In the words of Laura Ingraham, conservative radio and TV journalist who implored her colleagues on the left during the 2016 election campaign as they literally snarled at her, “Do your job!” In other words-report and keep your opinion to yourself! 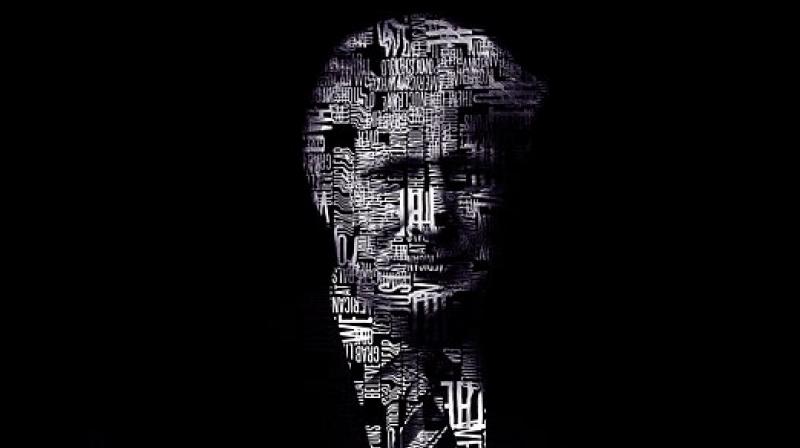 "Are people (of any race), as a result of this, going to be more receptive when the cops, or…"
1 hour ago

"Excellent find! If the death of Floyd was a hoax, not sure what they're shooting for, so to…"
1 hour ago

"Fortunately, they don't get everything they want. They wanted the "NAFTA…"
3 hours ago

James Roberts commented on James Roberts's blog post The Rioting is Being Staged - Even Minnesota's Governor Agrees, Says International Forces at Work
"cheeki - It is. Someone on the far right who had traveled extensively since the 60s told me (when I…"
3 hours ago

"Interesting bit about Buckingham Palace boarded windows and the crest missing from the gate. Makes…"
6 hours ago

Chris of the family Masters favorited James Roberts's blog post The Rioting is Being Staged - Even Minnesota's Governor Agrees, Says International Forces at Work
6 hours ago

cheeki kea commented on Chris of the family Masters's blog post Sheeple and Covid-19 app.
"It's not sounding promising. I see a very, very unfavourable outcome for those poor suckers…"
6 hours ago

"Excellent news. Here there was due be a protest (5G) in the city but people got warned off by the…"
7 hours ago