Trump Victories the Media and Democrats Would Rather You Didn't Know 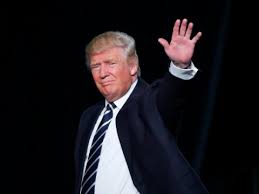 Despite the incredible obstructionism of Democrats, their hired riot crowds, the sold out news media, and even some GOP members President Trump has achieved record accomplishments in just 2 years at the helm. Yet, you will never hear from the cry baby Democrats or the Pravda US media about his incredible contributions to our country. Below you will find a partial list of his successes that mean benefit for the American people! Conspiracy, yes, here's the conspiracy, the most concerted effort of a media against it's own leader in modern history using lies and obfuscation. Comment by Doc Vega on November 27, 2018 at 1:45pm
Diana as usual you are so right. The Never Trumpers like some here on 12160 wouldn't be happy if Trump handed them a million dollars, they'd complain about the way the bills were folded.

Thank you for posting.  It gets tiring seeing posts about how Trump is bad because he hasn't fixed everything yet being made by the same people who post about how long the government has been corrupt.  It's like a child 100 miles into a 1000 mile road trip whining and asking why we're not there yet, while roadblocks and detours keep getting in the way.  There is no magical fairy dust that will make everything right immediately.  It is a process that takes time.