Two Thirds of Millennials Will Vote for Socialism

According to the latest opinion poll a survey of young adults either graduated from high school and in the work force or the age of young college students, they will vote for socialism as a primary government directive! Sandy Rios, Director for Government Affairs for AFR Radio discussed this topic on her recent morning talk show. Of course, when it comes to opinion polls we know that they are usually stacked with answers by those who approve with the agenda of that particular survey so, in actuality, they are designed to steer public opinion rather than objectively sample it. Still, with the known reaction of “Snowflakes” obsessed over safe space, anything they label bullying, free college education paid for by the government, and the great number still living at home on their parents health plans there is a definite demographic that wants the easy way out.

Where did the lies gain momentum?

What does this say about this group of people? Were they ever raised with character building parenting, life experiences, religion, lessons from history, or was it the fault of government run public schools? We know now according to the investigations conducted by Norman Dodd of the Reece Committee in the early 1950’s that a covert program of converting America’s young people into socialists by way of the classroom was already underway just before World War I. Some of our most trusted educational trusts being given charitable organization tax status were, in reality, acting as political ideology exchanges with the Russians who were busy overthrowing the Czars and conducting a bloody revolution.

What Norman Dodd’s young legal assistant, Catherine Casey, discovered as she sifted through 50 years of minutes and notes on the intentions of these financially influential tax exempt charitable trusts caused her to suffer a nervous breakdown! The Ford Foundation, Carnegie Endowment, Rockefeller Foundation, and others were using their financial influence to change the attitude of American children in the classroom about history in order to eventually merge Russian society with the United States of America as a socialist society! In 1953 the last year of the Korean War, the suspected infiltration of Communism in American society, and the Senator McCarthy hearings Norman Dodd’s investigation was crucial, yet his findings were disrupted as he attempted to make a presentation in Congress. 250 objections by one particular Congressman were noted.

What sprang from the influence of these charitable educational trusts in 1908 and 1909? President Woodrow Wilson in 1913 used questionable tactics that are still constitutionally challenged to this day to resurrect the European Central Bank in the US and establish the Federal Reserve, the IRS was erected to collect income taxes to fund the fractional banking procedures of the Federal Reserve, and Wilson worked tirelessly to establish the League of Nations with the expectation of an international merger of super powers! So, a socioeconomic solution was apparently arrived at. That solution was not only socialism but the literal overthrow of a free market banking system in the US in favor of a covert cabal of private ownership that would control the national financing and monetary policy of the United States of America.

How does all of this apply to the present? In 2009 the NEA (National Education Administration) celebrated the birthday of Mao Zedong, the infamous leader of Red China, who was responsible for an estimated 60 million Chinese executed over his Communist takeover of mainland China after defeating the Nationalist forces of Chiang Kai Chek. How do you think an organization responsible for academic guidance for government funded public schools would influence the classroom? A rogue agency that celebrated the birth of a Communist dictator? President Obama tried incessantly to move US society into socialism by increasing welfare, food stamps, and other welfare programs to record levels of deficit spending as he adopted policies that negatively impacted the private sector causing massive unemployment and low GDP. These policies forced more American citizens to be ever dependent on big government as it built a massive welfare state just as any historic Communist regime has done!

In the wake of 8 years under the Obama Administration we have seen half of the population converted to dependents either as relocated refugees, illegal aliens collecting government benefits, or the disabled. Of these categories already a large welfare state has been established even with industries such as the automobile bail out and agricultural subsidies that have become big government dependent. Socialism literally is the government becoming the economic generator, the central planner, and the obstacle to self-sufficient and innovative competition that makes America so exceptional! 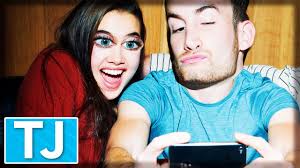 Millennials, who have been so under educated that they cannot tell the difference between a free enterprise system over a Communist run economy are prevalent! Those “Snowflakes” who have been forced to learn less and excel less in order not to outdistance the under achievers too badly have failed to learn the tragedies of history in order to keep us from repeating the same mistakes again. Millennials who make up the largest segment of the population, even overtaking “Baby Boomers” have supposedly chosen by a 2/3’s margin to adopt socialism as an economic and ideological model, according to the latest poll. 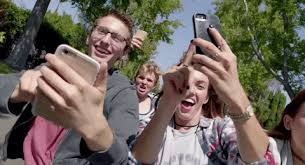 This tragic realization illustrates completely what years of propaganda and educational failure have achieved that a Russian or Chinese army could never achieve! As Yuri Bezmenov, former KGB agent pointed out if the conservative heritage opposition fails to respond to the disinformation of the implanted dissident elements, the false narratives have an opportunity to convince the ignorant and indoctrinated to adopt destructive policies that could mean the overthrow of their very society! It appears that the modern day US classroom has already achieved this objective! the mighty bull, you have a good point, and a disturbing one too.

younger generations too lazy to go to the poling booth they rather be on their phones.

Diana you are spot on!

Les Prone Hollywood and the Democrats made Joe McCarthy into an ogre when in truth he was on the right track. There was a Fifth Column alive and well in the US and it was fucking Communists!

James Roberts if I had to watch my country fall I would at least like to watch the Millennial POS's being lined up and shot as I waited for my turn! That would make my day!

After seventy years of social engineering realizing that Joseph McCarthy was on the right track. Then again, some can never connect the dots.

Can you imagine if the millenials got their prized dictatorship of the proletariat? They would be dragged off, kicking and screaming that they were the revolutionary vanguard, in a massive purge.

Their plan has worked well.  They lower the standards of coursework, bring in Common Core, feed them Mike Obama's nasty school lunches, make sure all the teachers are progressives that teach that Obama is a Messiah, change the schoolbooks to progressive BS, start teaching LGBT propaganda...in 1990, the US education system ranked sixth in the world, we are now 27th and it shows.

“In our dreams, people yield themselves with perfect docility to our molding hands. The present education conventions of intellectual and character education fade from their minds, and, unhampered by tradition, we work our own good will upon a grateful and responsive folk.      We shall not try to make these people, or any of their children, into philosophers, or men of science. We have not to raise up from them authors, educators, poets or men of letters. We shall not search for great artists, painters, musicians nor lawyers, doctors, preachers, politicians, statesmen -- of whom we have an ample supply.      The task is simple. We will organize children and teach them in a perfect way the things their fathers and mothers are doing in an imperfect way.”