While writing a column for the Plano Star Courier in 1995 I received a letter from a reader that ended being quite accurate in assessing the true impact of UFO’s and their possible origin. A the time there was quite a sensation over the Roswell Crash and the “Alien Autopsy” film special that had just come out. In a fast growing town with a readership of around 300 thousand the internet had yet to overtake those who still enjoyed browsing a newspaper and reading about current newsworthy events. I was told by the editor that my articles had increased circulation numbers.

The letter writer was an elderly man who perhaps close to retirement had been familiar with the prior first generation flying saucer reports that had begun in the early 1950’s so he had time to develop a perspective about them. In his words he had said they represented fear and confusion and that this seemed to be their purpose. I thought that was a unique opinion as many writers has expressed wonderment and to hope that somehow the good extraterrestrials in their technical advancement probably has the wisdom and empathy to help mankind see the error of his ways and perhaps change the course of human events for the good of all involved. I thought this was a naïve attitude personally. Though I did not want to believe that the UFO purpose could be that simplistic and that malevolent I came to that conclusion as time went on as it does seem to be two things. 1) An endless rabbit hole of unsolved mystery, but for a reason. That reason is indeed for the purpose of instigating confusion and fear. 2) As opposed to the alien civilization hypothesis, I adopted that of John A. Keel that we are not being visited by someone from out there in the massively distant universe but we are being preyed upon by someone or something here on our plane of existence even though we appear to be at a disadvantage. Be it Demonic, ultra-terrestrial, or quasi dimensional beings, we seem incapable of deciphering precisely who they are and what they are here for. Whatever the answers to those questions are, they are certainly not here for our own good.

According to Einstein through his theories of Special and General Relativity being that time and space are as one it could be possible that in some non-linear transpiration of events that we may be seeing human developments and advanced biological features from the distant future. Yet, on the other hand due to the historic materialization from every culture on the face of the of the earth since time immemorial it seems these is a mysterious presence in the appearance of entities that appear to us according to the era and level of human technology that might be anything from an elemental contacting a Roman subject during the time of Caesar to a fairy magically appearing to a child, from the Mothman materializing in several parts of the world prior to human tragedies to an US Air Force fighter pilot being ordered to intercept a disk shaped aerial object that has been picked up on radar and is violating restricted air space, it seems such occurrences have no conventional explanation. 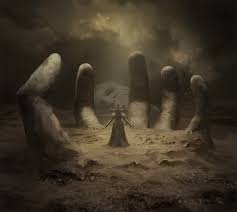 One might ask just how would a superior extraterrestrial intelligence would pick out planet earth among billions of galaxies filled with billions of stars, many of these with solar systems teaming with planets revolving around single and binary stars. There is nothing unique about our solar system that revolves around a yellow dwarf and is hardly even average compared to huge stars that make brighter suns and burn much hotter. Yet, even as our ever more advanced satellites scan many light years out into the cosmos only planets from hell are found with planetary winds of 3,000 miles per hour scouring the atmosphere, or molten giants made of metals and noxious gases, to frozen gas giants with powerful gravitational pull that are so cold that even the frigid gas we know as hydrogen freezes solid and adopts metallic electrical conduction properties. Maybe these distant planets have a pulsar as their sun, a dense rapidly rotating ball of extremely heavy material that emits deadly radiation which showers its revolving companions with lethal doses of radiation! There seems to be no other miraculous little blue spheres of rich biological diversity with self-correcting weather and environmental perfection.

Even traveling at the speed of light 386,000 miles per second mankind would not arrive at the nearest star (Proxima Centauri) for generations. Although Einstein provided for a method of cutting down the transportation time across the universe by worm hole, that capability would require enough power for the equivalent of a space craft falling into black hole as a method of propulsion and instead of traversing the distance from point A to point B would actually disappear from one destination and reappear at the other intended location. A feat that we are most assuredly centuries away from. So, most astronomers would agree that if extra solar life exists it would be so far away that they would not detect us or be able to travel to us in a reasonable amount of time nor would we be able to do the same. Which brings us right back to who or what are UFO’s? John A. Keel thought they were from the same source as apparitions, spirits, shadow people, Leprechauns, and even messiahs.

During the recorded historic time of the life of Jesus we find in ancient Mayan glyphs that at roughly the same time that Jesus walked the earth on the other side of the world in the South American hemisphere a white messiah appears to the Mayan culture as well. Keel once wrote of the “broken record from the sky” that continued to repeat its antics just like a defective record that skips and replays the same thing over and over again. All through history men have been led by their burning visions of God’s will once they have a visitation by an angel of light who instructs them to establish a new religion, a new path to God. Yet in the Bible it is clearly said that Satan can appear as an angel of light to the unwitting who fall prey to his deception.

Examples given: John Smith who established the Mormon faith and was eventually murdered by a mob in Chicago due to his disturbing new roles for marriage as men having more than one female partner. According to John Smith he fell paralyzed in the presence of a luminous entity who dictated to him what would be his destiny and when he awoke from his vision he also had in his possession two gold tablets which were a prehistory of the North American continent. Just as Mohammed found himself in the presence of s supposed angel of light who also presented him with a mission to create a new religion unto the will of God. Both of these belief systems led to disaster and atrocities. Who is playing games with the mind of man, one might ask?

In the 1950’s a new generation of illuminated disciples entered into the arena of world events. Men like George Adamsky who claimed to have met entities from another planet who were here to guide humanity had supposedly made contact with him. At a time when if a person were to report a UFO sighting and get notoriety for it they could be run out of town, but the first generation of contactees such as George Van Tassel, and Howard Menger developed of following of believers much like the fanatical cultists such as the Brach Davidians of Waco, Texas. It seems that many such cults were destined for disaster or at the very least disgrace and loss of reputation. Most of these enlightened leaders became authors, metaphysical guides, and in some cases philanderers taking advantage of the awestruck. One might recall Jim Jones who slaughtered his own followers in Guyana. It seems humans are subject to being easy targets for delusion.

John Forte made an exhaustive study of miraculous and dumb founding events throughout human history that defied explanation. Anything from the Miracle at Fatima, supposedly the appearance of the Mother of Jesus, Mary to the raining of frogs in European villages was documented by Forte who aptly described his writings as Fortean Phenomenon. His unique capture of forbidden history has often been marveled at by believers and dismissed by scientists searching for clinical proof rather than witness testimony. However, one thing that Forte once said in a particular journal was, and I quote, “Mankind is but property.” The question is but to whom.

Chris though we have been unknowingly enslaved by the bankers it is not they who have the powers of demons even though they are inspired by evil.

Sweetina 2 I'm a believer too but there is a strange force upon our planet probably Satan that continues to confuse and obstruct the truth. It is a spiritual battle against the truth.

We can't lump all of them into the same category, merits.

Speaking as a Believer, scripture speaks of things all along the way, throughout history, including what is taking place today. Could it just be coincidence?

Start in Genesis- you will soon find who God identifies as bankers, money changers. They were the ones that invented usury. Jesus later made a whip and beat bankers in the temple, kicked over their tables of money.

They are still the problem today. The very wealthiest elite. The love of money is the root of all evil. 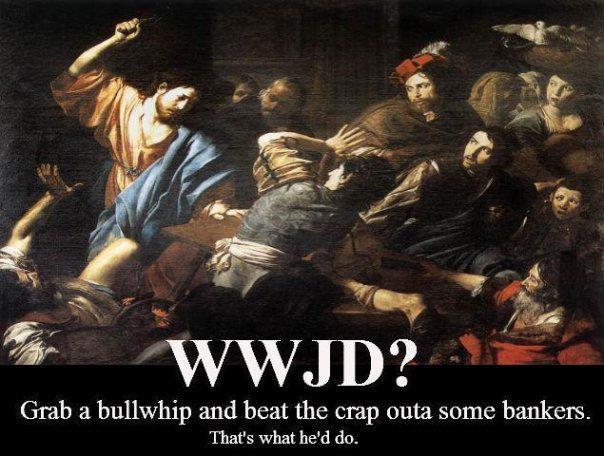 I believe the aliens are demons, fallen angels...They begin in Genesis, also. They are spoken from Genesis thru Revelation and the book of Enoch. Sure is accurate, too.

The controllers of humanity are driving us deep in decadence, chaos and destruction. One of their mottos "Ordo ab cao" involves an idea of a phoenix rising from ashes of destruction. It seems they are making humanity their own image with their lust for mammon, blood, humiliation, abuse and mass murder. If the humanity cannot get rid of their control, we are doomed into a Hell on earth. And it's advancing at high speed. These things are certainly not discussed in the main stream media, but can be brought up in science fiction. Take a look at this.
The Three-Body Problem

Comment by Chris of the family Masters on March 29, 2019 at 7:04pm
Mankind is the property of banksters, the money changers today.

Doc Vega commented on Doc Vega's blog post Kyle Rittenhaus and Why His Exoneration Was So Important
"Bob Renner Thanks for your support Dude."
8 hours ago