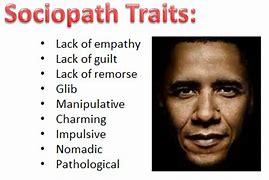 The entire premise of the left, the Democrats, and Communism is that any means to an end is justified so that a methodology that advocates lying, cheating, stealing, and even murdering are all acceptable pathways to victory. What kind of victory when you destroy the economy of the world’s most influential nation? To what means to an end when you starve thousands of people to death or allow a failure in utilities to cause Americans to die of exposure, or when you create a false climate change doctrine that forces energy corporations to pay reparations for fossil fuel emissions to the tune of 500 billion dollars? Remember, our oil and gas industry employs 9 million Americans, that is prior to the fake pandemic. This the diabolical plan intended to lobotomize the general public.

Here’s an example of just how bad the lies can get. During the Obama Administration carbon dioxide was declared a toxic substance even though it is the backbone of photosynthesis and every breathing animal on the face of the planet exhales it. This outright lie is just one in many that would have us depending on wind and solar for intermittent power that fails under extreme weather or does not produce at all in the absence of wind or sunlight, yet with the new standards for increased electric vehicle that must all be recharged in order to travel this only puts even more demand on a weakened electrical grid. What kind of logic is that?

Coal is the most abundant source of energy on the planet. It does not have hundreds of years in half-life that it remains dangerously radioactive such as uranium based nuclear plants that take years to build and after 30 years must be expertly deconstructed and contained as toxic waste. Coal can be liquefied into a gasoline type fuel for cars and trucks thanks to German technology dating back to World War II. We already have catalytic converters that can be recycled for removing emissions and this technology also creates jobs! So, why use the heavy hand of corrupt and inefficient government to kill a productive industry?

Rationale of the lie

Coal fired plants are the backbone of the US electrical grid. Coal is cheap, abundant, and the pollutants that come from burning it can be sequestered underground where it all returns back to nature again, so what’s the problem? No, according to proponents of the environmental left we must destroy the coal industry, destroy oil and gas, destroy the jobs that go with them, and make energy so unaffordable that people can no longer afford to heat and cool their homes much less drive their vehicles! Why would you cripple industries that produce jobs? Why would you make energy so costly that it penalizes an already beseeched population just trying to make a living and get by? Answer? Please refer back to my previous statement that to the left, the Democrats, and Communists, the end justifies the means! Kill, destroy, starve, freeze, scare people with a virus, and let them die of heat prostration in the summer if it furthers the designs of these sociopaths! 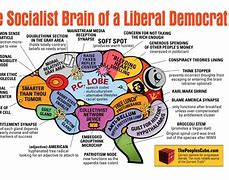 Master planning, the arrogant attitude of the globalist elites who use Communism as a legitimate criminal enterprise to rob the people of their earnings for a vague and unprovable theory designed to exploit them, their property, and their freedoms so that big government can crush them once their rights have been taken away. Confiscation is the ultimate goal of the leftist elites who suck the life’s blood from a society using propaganda from the early years of public school to program the young and the foolish into supporting the very policies that will bring them poverty, subjugation, and fear as they knuckle under to the totalitarian system. 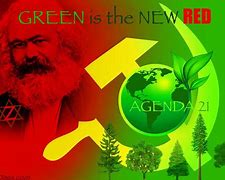 This is what we have today in the United States under fools like Joe Biden and Nancy Pelosi, who are so ruthless and merciless that people, to them, are no more than live stock to be slaughtered at the market! Abortion, supply chain failure, letting violent criminals loose, creating pandemic chaos, any means necessary to orchestrate subterfuge which, in turn, brings about the confusion that allows big government to appear to solve the very problems they created! Think people! See through the maze! It’s your sold out politicians behind the fog machine! At the heart of every Communist culture in the world is the occult a personality, the fearless leader, who has been transformed into God because they can no longer be allowed to worship as this is an acknowledgement that there is a higher power than their retched big government! Soulless, godless, merciless, might all for the state! The state survives on the backs of its peasants! This is the playbook of the Democrats!