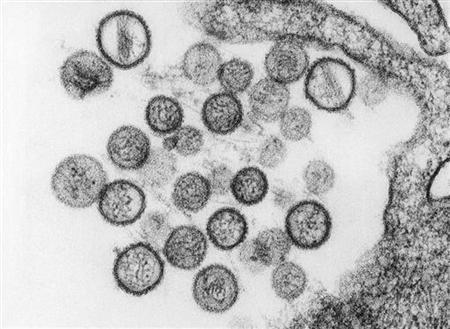 Yosemite said it had previously alerted 30,000 visitors, who slept in two locations where officials believe the nine visitors were infected, but expanded the warning by sending emails to 230,000 more who stayed elsewhere out of an abundance of caution, Quinley said.

For those of you that would like to read about this particular virus, here is a link:  http://en.wikipedia.org/wiki/Hantavirus

Upon further research I happen to find the following, I thought about it and this may be of real concern to some of us, especially the ones that travel.

The entire article is worth reading and please take note of the countries and different names for the virus they have used.

Is the Hajj walking into a deadly virus zone?

The article states the following: A sixty-year-old Saudi man is dead, after contracting the until now unknown strain of Novel coronavirus.....

If you happen to be wondering what coronavirus is, wikipedia states:

Coronaviruses primarily infect the upper respiratory and gastrointestinal tract of mammals and birds. Four to five different currently known strains of coronaviruses infect humans. The most publicized human coronavirus, SARS-CoV which causes SARS, has a unique pathogenesis because it causes both upper and lower respiratory tract infections and can also cause gastroenteritis. Coronaviruses are believed to cause a significant percentage of all common colds in human adults. Coronaviruses cause colds in humans primarily in the winter and early spring seasons. The significance and economic impact of coronaviruses as causative agents of the common cold are hard to assess because, unlike rhinoviruses (another common cold virus), human coronaviruses are difficult to grow in the laboratory.

So how can this be true if when on Thursday the ninth person from Yosemite was confirmed with what I think maybe the same virus.

But I am no epidemiologist.

As I reading an article on two new cases of Bubonic Plague, it came to my attention as I read further that they had included a list of Bio-hazard Level 4 (4 is max) Viruses and Bacterias. Here is some very intresting information on the hantavirus.

Viruses and bacteria that cause severe to fatal disease in humans, and for which vaccines or other treatments are not available, such as Bolivian and Argentine hemorrhagic fevers, H5N1(bird flu), Dengue hemorrhagic fever, Marburg virus, Ebola virus,hantaviruses...

Here is the link if you would like to read it:

Here is another report on this hantavirus/coronavirus/MERS-COv,notice how this name has changed through the progress of the disease. We should really keep track of this.

The Ministry of Health in Saudi Arabia has notified WHO of an additional laboratory-confirmed case of infection with the Middle East respiratory syndrome coronavirus (MERS-CoV).

The fatal case was reported from Al-Qaseem region in the Central part of the country and is not related to the cluster of cases reported from Al-Ahsa region in the Eastern part of the country. The patient was a 63-year-old man with an underlying medical condition who was admitted to a hospital with acute respiratory distress on 15 May 2013 and died on 20 May 2013. Investigation into contacts of this case is ongoing.

The Saudi authorities are also continuing the investigation into the outbreak that began in a health care facility since the beginning of April 2013 in Al-Ahsa. To date, a total of 22 patients including 10 deaths have been reported from the outbreak.

Globally, from September 2012 to date, WHO has been informed of a total of 44 laboratory-confirmed cases of infection with MERS-CoV, including 22 deaths.

New Diseases and National Transparency: Who Is Measuring Up?

I’m still catching up on all the news that happened during the weeks I was away, and I had a food-policy post just about set to go today. And then this happened.

I opened my morning mail to find a note from a private list I subscribe to, published by a company that monitors hazards for businesses with expatriate employees. The note flagged new news from Saudi Arabia:

Saudi Arabia: Seven more case of novel coronavirus reported
Seven people in Al-Ahsa governate in the Eastern province have been confirmed infected with the novel coronavirus. Five have died and the other two are critically ill in intensive care. It is unclear whether there are any links between these cases or whether they are “sporadic” infections. Overall the risk to travellers remains low.

This was odd. You’ll remember the new coronavirus, distantly related to SARS, which surfaced last year in a slow and not well-disclosed manner (for the back story, see these posts from last September, October, November and December). Since the initial reveal last year, there has been very little information released about the virus and whatever illness it might be causing. The World Health Organization has been monitoring the gradual accumulation of cases, but there has been almost nothing published since last fall. In fact, though teams from Columbia University and the Centers for Disease Control and Prevention have been to the Kingdom of Saudi Arabia to help investigate the new illness, neither entity has published anything since those trips were made. And at the point at which I opened my inbox this morning, the WHO’s last update on the new virus had been published on March 26.*

Novel coronavirus summary and literature update – as of 17 May 2013

The most recent case reported had onset on 10 May 2013. Most patients are male (79%; 31 of 39 cases with sex reported), and range in age from 24 to 94 years (median 56 years). All of the laboratory confirmed cases had respiratory disease as part of the illness, and most had severe acute respiratory disease requiring hospitalization. Reported clinical features include acute respiratory distress syndrome (ARDS), renal failure requiring hemodialysis, consumptive coagulopathy, and pericarditis. Many patients have also had gastrointestinal symptoms including diarrhea during the course of their illness. One patient, who was immunocompromised, presented with fever, diarrhea and abdominal pain, but had no respiratory symptoms initially; pneumonia was identified incidentally on a radiograph. 20 of the 40 patients have died.

Since 6 April 2013, 21 cases of infection have been confirmed and reported in the region of Al-Ahsa in the Eastern Province of Saudi Arabia (16 males and 5 females, median age 56 years). Nine of these have died, and six remain critically ill.

Wow, great post Mystery!  No telling whats about to be unleashed on us.

FRESNO, Calif. — Yosemite National Park will offer testing to all employees at the site to determine if they have ever been infected with a deadly mouse-borne virus, officials said Thursday.

The testing to be done by state health officials will be voluntary and available to all workers for the National Park Service and its concessionaire, DNC Parks and Resort, park spokesman John Quinley said. He declined to say when the testing would start.

Another 12-thousand people who visited Yosemite National Park this summer are getting warnings about the hantavirus. Of the 8 people infected, three of them have died. Health officials tracked seven cases back to the signature tents in Curry Village, but one person never stayed in those tents. He stayed in Tuolumne Meadows and in the high country camps. Now, the warning is being extended from Curry Village to the High Sierra Camp. The warnings include a list of symptoms to watch out for in the next month.