12160 Progressives try to take away your right to vote for MN judges, again Part 1 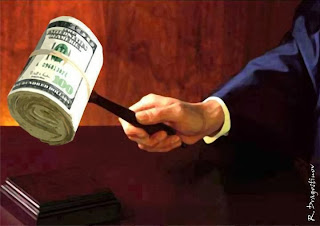 Recently, a coalition of Minnesota Democrat and Republican Progressives who seek to take away your right to vote for Minnesota Judges, imploded. The name of this plan to take away your right to vote for judges as prescribed by the Minnesota Constitution is “Merit Selection Retention Elections” [“MSRE” (pronounced “misery”)]. (Though you may not live in Minnesota, this article will likely be of interest
to all Americans, as this particular Progressive agenda item is being pressed upon several states.) The Minneapolis Star and Sickle provided the official major media spin in this article:

From this writer’s perspective, this article appears to be almost purely propaganda. Propaganda aimed at advancing one of Progressivism’s goals; that Progressive goal being to establish a government run by
“Educated Elites”. Minnesota Progressives propose that some mysterious group of Educated Elites would create a list of judicial candidates and the governor would choose judges from amongst those on that list.
In accordance with Natural Law that our country was founded upon, this writer will endeavor to let you establish the truth for yourself; entrusting you to use your own observations and reasoning to determine the truth. This as opposed to the Progressive tactic of managing and manipulating you into accepting the government’s version of the truth by presenting it to you as news through major media outlets such as the Minneapolis Star and Sickle. (Propaganda)


[“Judicial TAR” is literary license this writer takes to avoid having to name hundreds of individuals and dozens of organizations who were working, often independently, sometimes cooperatively at the grassroots level to curb judicial corruption and cause our judicial system to be
more fair, equitable and just.]
What are Merit Selection Retention Elections (MSRE)?

MSRE is premised on the position that current Minnesota Judiciary is..

If what is written here rings true to you, perhaps you should contact your local elected officials and let them know. If you are afraid of repercussions, snail mail it anonymously and ask them to respond in the local paper or their own monthly/quarterly internet newsletter. Even ifthis article refers to something outside you geographic area, it still likely applies to your location. Remember all those taxpayer training junkets we taxpayers send the bureaucrats on? They all learn the same “livestock management” techniques to use on WE THE PEOPLE.

Finally, this article is written with the same intentions as Thomas Paine http://ushistory.org/paine. I seek no leadership role. I seek only to help the American People find their own way using their own “Common Sense” http://amzn.to/kbRuar

In the frantic effort to co-opt all of culture to advance the cause of comprehensive revolution,…See More
1 hour ago
0 Comments 0 Favorites

"This statement can trigger asleep into a violence. That's how they resolve any dialog."
4 hours ago

"Been there, in Detroit and Georgia, etc., with huge chunks of ice, and rocks, and full cans of Coke…"
10 hours ago

cheeki kea commented on stormtruther's blog post It’s one hell of a racket.You create a fake crisis regarding so-called “climate change“. You use this “climate emergency” to lock up national parks
"https://www.tvnz.co.nz/one-news/new-zealand/petition-jacinda-ardern-calls-koalas-introduced-nz-austr…"
12 hours ago

cheeki kea commented on stormtruther's blog post It’s one hell of a racket.You create a fake crisis regarding so-called “climate change“. You use this “climate emergency” to lock up national parks
"Petition to Jacinda Ardern calls for koalas to be introduced to NZ as Australia's bushfires…"
12 hours ago

cheeki kea favorited stormtruther's blog post It’s one hell of a racket.You create a fake crisis regarding so-called “climate change“. You use this “climate emergency” to lock up national parks
12 hours ago

"I urge all parents to teach daughters ( and sons ) marital arts A.S.A.P There is No Time To Wait.…"
13 hours ago

"The silver impregnated muslin gauze is known by the trade name of Silverlon. It may require a…"
15 hours ago