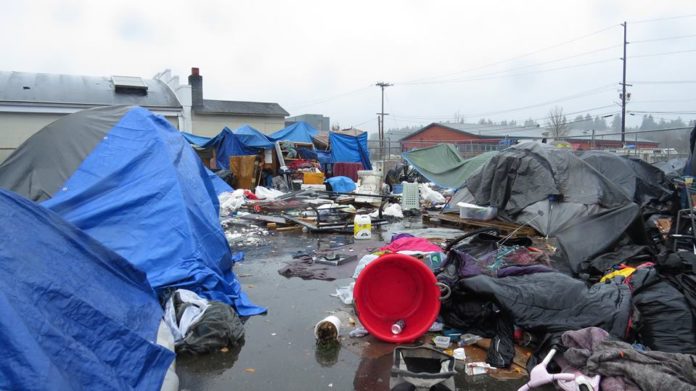 The City Council of Olympia is proud of their accomplishments. They have done an excellent job promoting and raising taxes at every opportunity. They frequently tout their environmental agenda and virtue signal their concern about global warming on a regular basis. This makes them feel good about themselves. Recently, they have been able to combine increasing taxes with their environmental agenda by creating approved, taxpayer subsidized addict/homeless camps downtown. It isn’t clear to outside observers how this helps the environment, but it certainly squanders tax dollars.

On the City of Olympia’s official website, this is the photo header for the City Council, which many residents feel is appropriate because when they try to approach the Olympia City Council to address real problems in the city, this is what residents see.
When combined with Olympia’s widely touted sanctuary city status, and the public promotion of “low incarceration rates” this effort turned the City of Olympia into a destination paradise for drug addicts, sex offenders, fugitives, and illegal aliens from all over the nation. This has become an achievement worthy of state-wide (and even national) recognition. To further subsidize the effort the city council pushed a homeless tax earlier this year (which this author opposed and wrote the “con” statement in the voter’s pamphlet). These additional tax dollars were used to boost the addict/homeless programs expanding to great effect now.

From a flyer distributed by local addict/homeless advocates around the country – note the second from bottom point – “Low incarceration rate in Downtown Olympia.” This is a real feature and selling point to recruit more addicts to join the fun in Olympia. 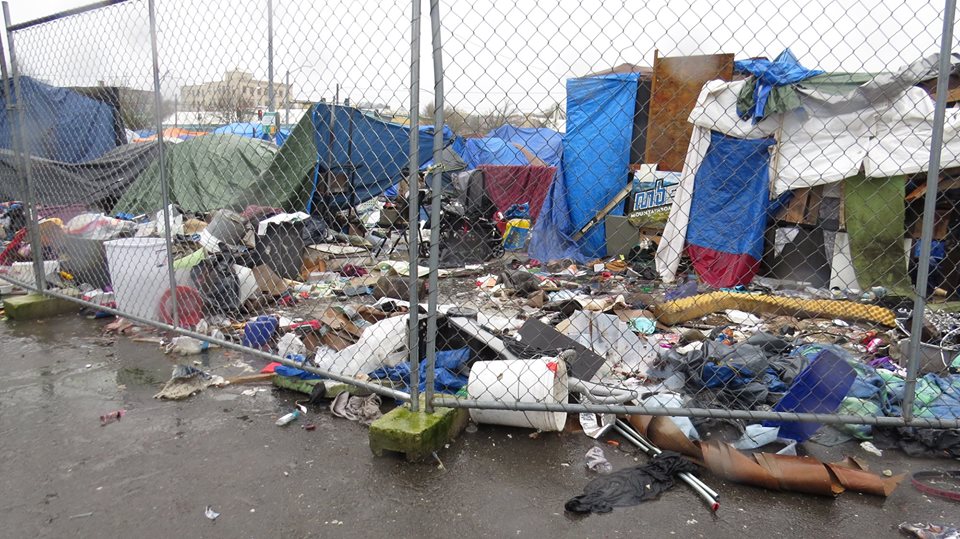 It is difficult to adequately communicate just how hard the City of Olympia has worked to bring features like this to the urban core (Photo of “Cooperville” named after councilmember Jim Cooper).
This success has become a jewel in the crown for Washington State’s capital city. In a few weeks, the state’s part time legislature will be back in session – focused primarily on pushing full-time tax increases, however, the legislators may need to leave the city for meals because, oddly enough, many of the local businesses are closing. It turns out, as shocking as it might seem to the Olympia City Council, most normal people don’t want to fight their way through drug dealers, addicts, used needles, sidewalk feces, and aggressive panhandlers on their way to a quick bite at the café. While these experiences add a little excitement to the daily routine, not everyone enjoys the scene. 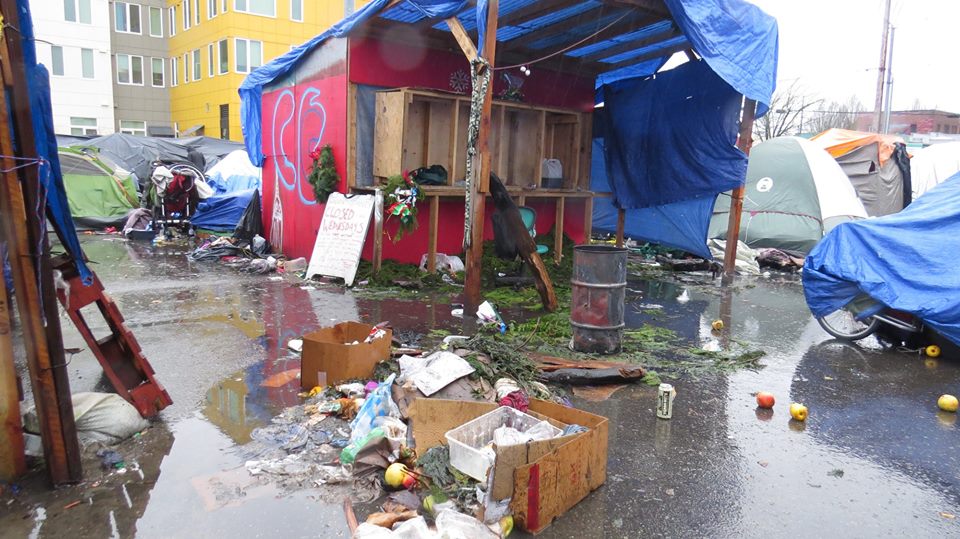 Addict/homeless camps like this help add a more traditional urban flavor to the City of Olympia. City taxpayers subsidize this. (Photo from “Bateman Motel” named after Councilmember Jessica Bateman)
Local businesses, of course, can’t rely on the Olympia Police department to maintain law and order (remember “low incarceration”). Additionally, since the police can’t guarantee the safety of the private security company these local businesses had hired – this means local businesses are now entirely on their own. Their isolation has only increased as a local Evergreen College based “progressive” mob called Olympia Solidarity felt that businesses attempting to prevent addicts from dumping used needles behind your business, defecating in front of their stores, and sleeping in front of their store entrances was unacceptable. The “OlySol” mob has threatened and intimidated enough people to ensure they (along with their allies – the local drug dealers) run the streets now. 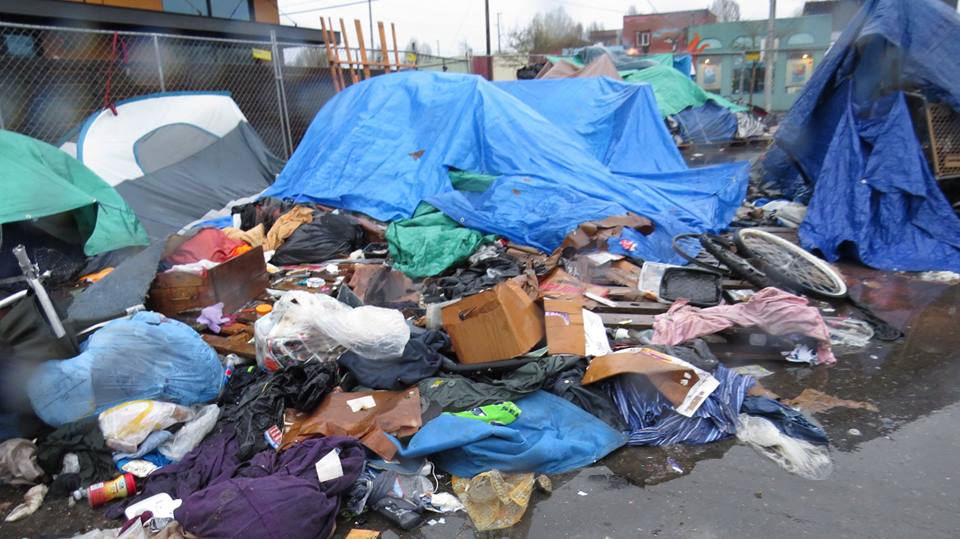 Who wouldn’t want this next to their business? Any Olympia business owners who complain about feature benefits like this are just whiners (Photo from “Cooperville” camp)
The business owners attempted to get an emergency court order to stop the rapid expansion of these addict/homeless camps, but the court ultimately rejected their effort. The descent from a beautiful state capital city into a proud 3rd world tent city slum town is progressing rapidly. The Olympia City Council, Evergreen College students, and the plethora of non-profits who extract tax dollars and grants to “help the homeless” are cheering this descent. 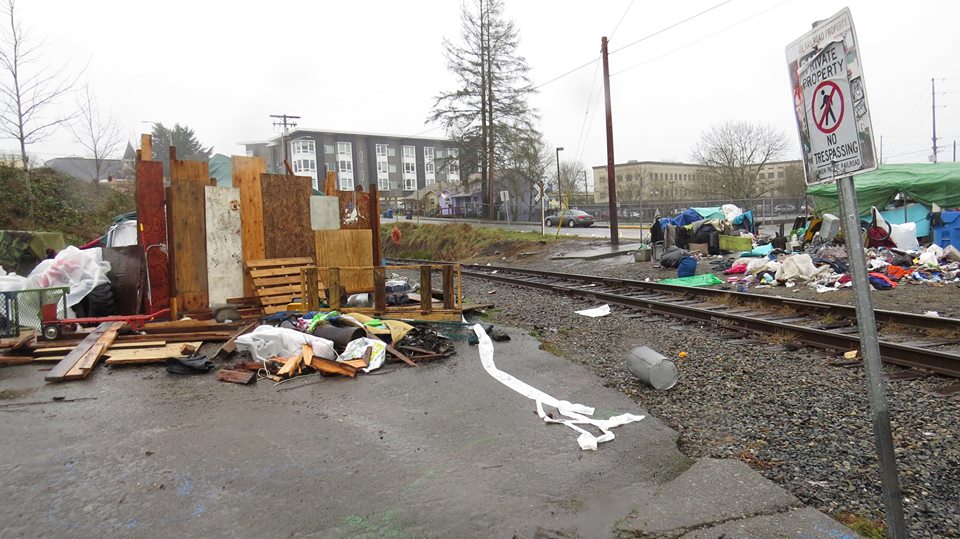 This is an “unsanctioned” addict/homeless camp, but the city lets them squat regardless. Many of these camps have been nicknamed “Jonestown” after Mayor Pro/Tem Nathanial Jones
Oddly enough, there once was a strong environmental movement in Olympia who spent much of their time agonizing over how to stop rural residents of Thurston County from building porches or barns for fear of “ruining the environment.” Yet, when massive garbage piles filled with used syringes, discarded materials stolen from their homes by local homeless addicts, and human waste is being dumped directly onto their streets and parks and into their water– they say not a word. The sound of Gang Green’s silence is deafening by itself. 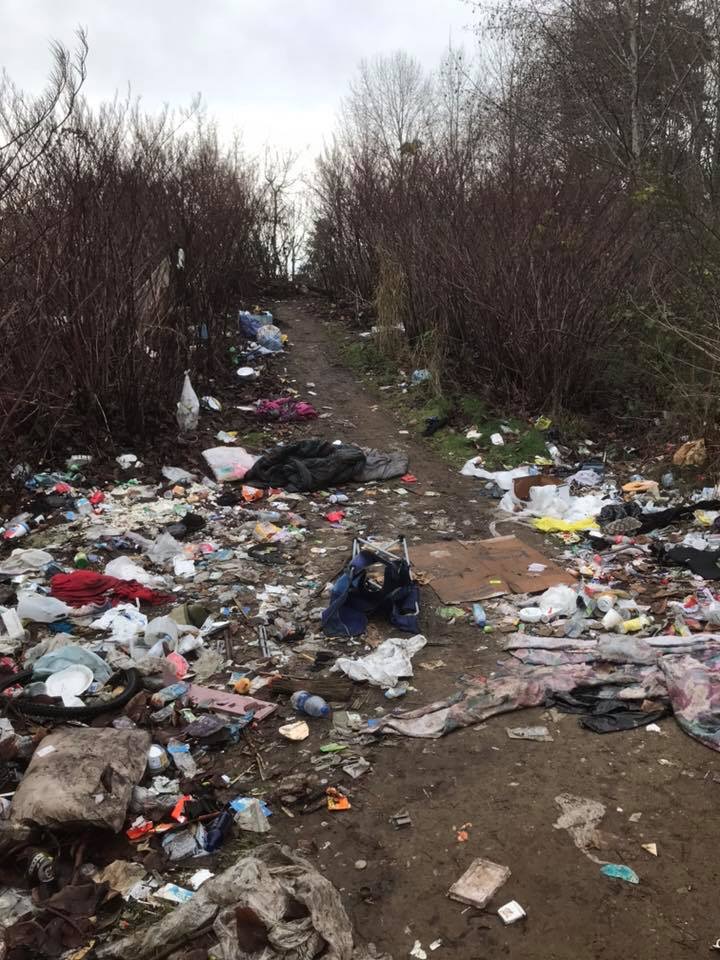 Green spaces and trails in Olympia are becoming more colorful under Olympia’s new addict/homeless camp subsidies and growth scheme.
Local Progressives are high-fiving this improvement to the City of Olympia. Regular people have begun to avoid the city and its new pungent addict/homeless camp additions, which is probably why businesses are also leaving or shutting down. 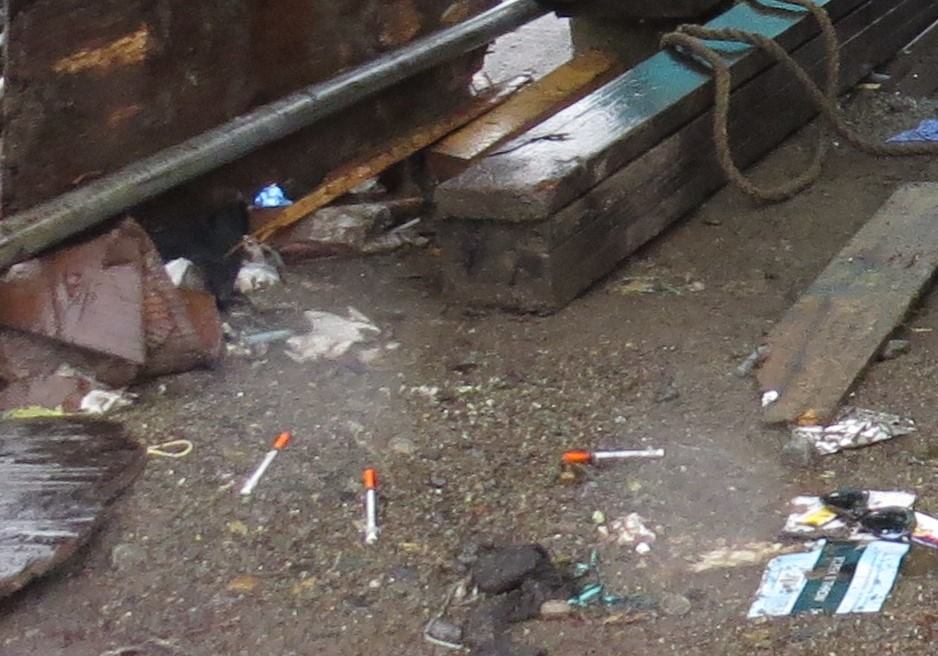 Used needles are a common sight decorating Olympia’s streets, parks, and sidewalks. Fortunately, the local needle exchange program gives out millions of needles locally per year so there is a ready supply to renew the ones that get removed by Olympia’s “Clean Team.”
To prove the old adage that misery loves company, the City of Olympia is pushing to expand the addict/homeless camp program into nearby cities of Tumwater and Lacey (see recent Olympian editorial here). After all, it is going so well for Olympia – who wouldn’t want more of this? While both those cities share political sympathy with the Olympia City Council, it is not yet clear they want to jump on the crazy train with Olympia as the train conductor. 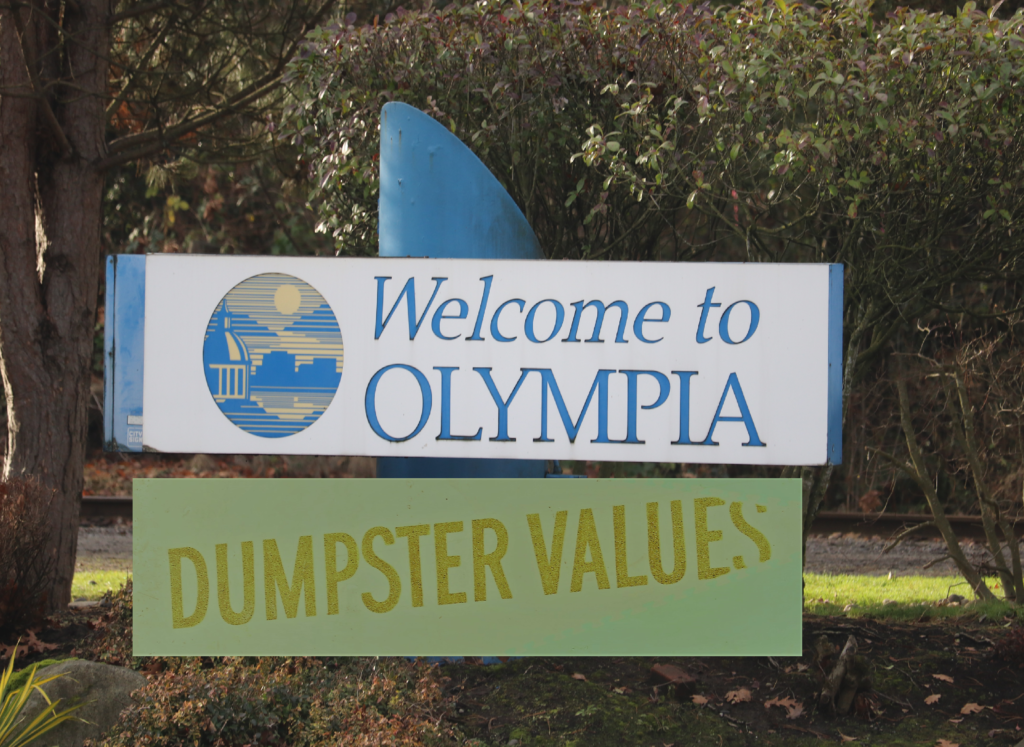 Jay Inslee Is Betting He Can Win the Presidency on Climate Change
The Washington governor believes his focus on the environment will resonate with voters. But can he persuade enough Americans to pay attention to him?

His focus on the environment - LMAO

Everything is across the street!!! Didn't mention the Polling Place or Offices of the Democratic Party! I live in Washington, and there are crazy politicians up here. Ocasio ain't the nuttiest?

"I remember the asbestos scandal james hardie and their bs and lies until they had to pay out 1.6…"
3 hours ago

cheeki kea commented on Phyllis Maka's blog post BLOODY DORKS INTERFERING WITH SHOPPING CART PAGES ONLINE
"I hope the internet spies do all go to jail soon, the sooner the better. At least with the border…"
4 hours ago

Real Life awakening testimonies always make me feel good. In this audio upload I read 5 letters from people in Europe & North America about how it is that th...
12 hours ago
0 Comments 0 Favorites