The second video below was made by Ernst Zundel in 2000. It is an interview with an Israeli reporter. Early into the interview he tells the reporter that voracious Jewish appetites will create Weimar like conditions in America. And this will lead to A Final Solution of the Jewish problem in the United States.

In 1999 the Jews had their Gentile kept politicians repeal Glass Steagall which had protected Americans from commercial banks speculating with their depositors money on wild investments.

Also at the same time four Jews (Alan Greenspan, Robert Rubin, Larry Summers and Arthur Levitt) told the Gentile CFTC Chairwoman Brooksley Born that she was not allowed to regulate Credit Default Swaps. CDS are a hybrid between insurance and derivatives which are bets on the future value of a bond or a commodity.

Today there are over a quadrillion dollars in these wild and unregulated bets which the bankers and their kept politicians say taxpayers from Greece to Ireland to Germany to America must pay. This despite the fact that the entire world GDP of 60 trillion dollars could only pay 4% or so of the total amount of potential losses.

To put this in perspective Jamie Dimon of JP Morgan has taken 80 trillion dollars in bets that interest rates in America will never go up. If interest rates did go up, I have no doubt that kept politicians would rather Americans suffer like the Germans in the Weimar Republic than the Jewish bankers not continue to receive the money they stole.

The other day I mentioned Jim Willie’s statement to Max Keiser that the US Treasury in the 1990s sold 2.2 trillion dollars more in bonds than were needed to fund the US deficit. Does anyone doubt that Jews were involved in this theft? Need I remind you that Jim Willie has a PhD in Statistics?

Catherine Austin Fitts once found a single block in San Diego that had 20 million dollars in Housing and Urban Development guaranteed loans on buildings that did not even exist. Donald Rumsfeld told us on September 10th, 2001 that he could not trace 2.3 trillion dollars in military spending. He said, “We spent it. We just don’t know where it went.” His Comptroller of the Pentagon who was in charge of tracking down the missing trillions was Rabbi Dov Zakheim. Remember that name. We will get back to him in just a minute.

Does anyone doubt that the Jews have been stealing billions of dollars every week from federal government spending which we are not allowed to audit? All we are allowed to do is to shut up and to pay taxes to support the Jews.

Zundel made this video before 911. We now have substantial proof that Israel did 911. They killed 3,00 Americans on 911. They killed many more Americans since then with the six wars they have gotten America into solely for the benefit of Israel. Dr Alan Sabrosky who is of Jewish descent and was a former Director of Studies at the US Arny War College says Israel did 911 [See VIDEO Below]. He points to World Trade Center Tower 7 as proof. WTC 7 was never struck by an airplane but collapsed in 6.5 seconds. Glass melts at 800 degrees Fahrenheit (in metric terms that is about 4 times the boiling point of water) but none of the windows were melted. Steel melts at 2,200 degrees (in metric terms that is 10 times the boiling point of water) and concrete at 3,000 degrees. No open air carbon based fire can get to 2,200 degrees which is why we have never in history seen (until 911) a skyscraper’s steel columns melt. In two seconds 400,000 cubic yards of concrete were turned into powder. There was no rubble at the foot of the building. For the benefit of those (in metric countries one meter is 10% longer than a yard.) It must have taken a considerable number of high powered charges to turn all that concrete into powder and melt all those 100 plus story steel columns. A lot more than contained in one passenger jet’s fuel tank which had exploded into a fireball on impact.

We have been told the story of 19 Arabs with box cutters hijacking 4 airplanes. But I went to the original passenger and crew lists CNN published. No one could find even one Arab on any of the planes.

Now we come to rabbi Dov Zakheim. In the 1990s he was President of SPC International which had a device called a Command Transmitter which could remotely fly and control up to 8 planes at one time. It is far more likely that the 4 planes were electronically hijacked than 19 Arabs were able to get passed the ticket agents without either tickets or boarding passes.

Does anyone doubt that the Israelis with the help of Jewish traitors in America were the only ones capable both of doing 911 and of covering it up in the Jewish media, the Jewish courts and the Jewish owned Congress?

Zundel says, in the video below, "We are soon approaching a point where Americans will live under Weimar Republic like conditions". Ernst Zundel warned us 11 years ago that this will lead to a Final Solution of the Jewish problem in America.

"What form will it take? Expulsion? Genocide? I do not know even if it will happen. I just think you should be aware that the coming Greater Depression will be caused by voracious Jewish appetites" in Zundel’s opinion.

Zundel at the conclusion of his interview tells the young Israeli reporter to go back home and warn the Jews that they have another holocaust coming which they will bring upon themselves by their behavior.

Here then is Ernst Zundel in his own words:

5 Stars....this should be posted everywhere.  People are posting "the Awakening" an event that is coming.  If it's down to your family, your loved ones, or if humanity has to be destroyed then there is no other position but to say, "no more". 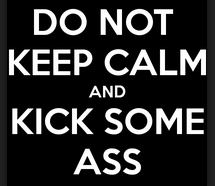 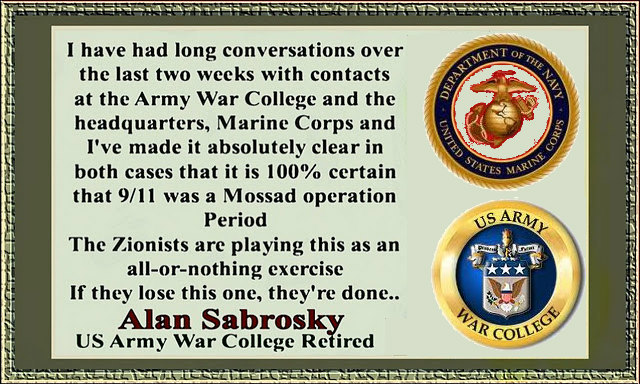 Alan Sabrosky (Ph.D, University of Michigan) is a ten-year US Marine Corps veteran and a graduate of the US Army War College. In December 1988, he received the Superior Civilian Service Award after more than five years of service at the U.S. Army War College as Director of Studies, Strategic Studies Institute, and holder of the General of the Army Douglas MacArthur Chair of Research. - http://www.veteranstoday.com/2010/10/04/alan-sabrosky-zionism-unmas...

So we must all be hallucinating those videos of the past that show IDF, orthodox and settler thugs in Israel treating the goyim (you know those other human beings that aren't members of the special club) like excrement.

I guess we're also mistaken when it comes to those - in Government, media and education - openly advocating for the end of the Constitutional Republic in the US, as well as the full-on targeting of Amendment 2 of the Bill of Rights which is the only thing preventing them from an overt takeover.

I guess its purely coincidence that the majority of them are members of 'the (self proclaimed) chosen'.

Oh, and they aren't all men either.

Yeah, keep watching the Two Minutes Hate puppet show while the sayanim in your own neighborhood work towards your enslavement and destruction.

When we sink, we become a revolutionary proletariat, the subordinate officers of all revolutionary parties; and at the same time, when we rise, there rises also our terrible power of the purse.  —Theodor Herzl, The Jewish State, 1896

...hey look, the Kardashians are on!

Permalink Reply by Yari Danjo on August 17, 2016 at 2:10pm
The Jews have great allies though. The USA House and Senate are solidly behind them screwing the USA citizens!

In a time of universal deceit, telling the truth is a revolutionary act. George Orwell

dirty jew censorship at it again! "this video is unavailable". Ernst Zundel warned us 11 years ago that this will lead to a Final Solution of the Jewish problem in America. Bring it on before it's too late. Most of the known parasites have beneficial side effects. The only known parasite that has absolutely  no benefit to mankind is the jew parasite.

"A research laboratory of telecommunications equipment maker Huawei Technologies in the city of Dongguan, in southern Guangdong province, caught fire on Frid...
18 hours ago
0 Comments 0 Favorites

Less Prone favorited Phyllis Maka's blog post This physical world is the woowoo world We souls create in, spiritual reality is our real world
21 hours ago

September 22, 2020"As bad as the ruling and political class's totalitarian response to this…See More
21 hours ago
0 Comments 0 Favorites