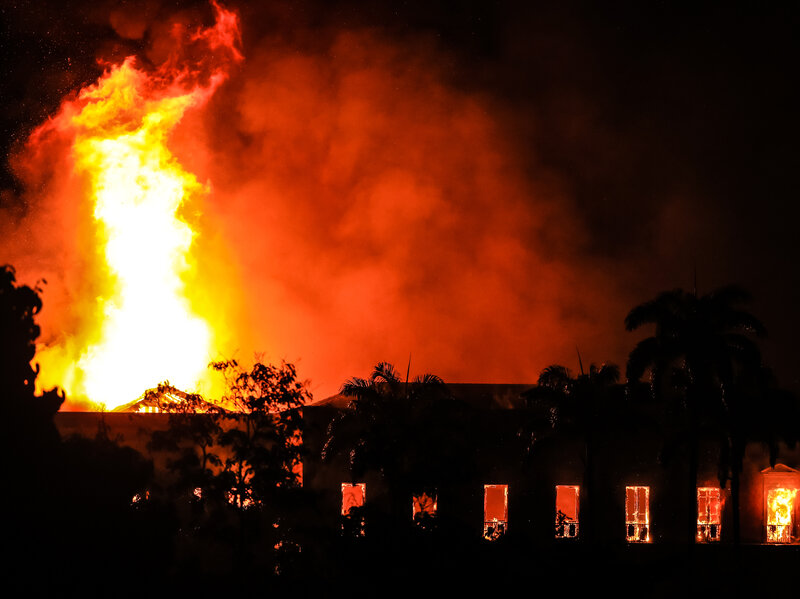 A fire burned Sunday at the National Museum in Rio de Janeiro.

A massive fire that engulfed Brazil's National Museum Sunday night has left staff and officials fearful that many of the nation's most precious artifacts have been lost forever.

The museum housed 20 million items, including objects that tell the story of Brazil's past: the first fossil discovered there, the oldest female skull found in the Americas and the nation's largest meteorite.

First built in 1818 as a residence for Portugal's royal family, the edifice also contained insects, mummies, paintings and dinosaur bones. 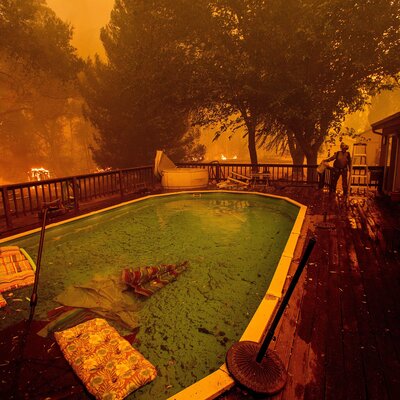 It had priceless items from ancient Egypt, Greece and Italy, and served as a prominent research institution.

Brazilian President Michel Temer called the damage an "incalculable" loss for the country. "Two hundred years of work, research and knowledge have been lost," he said in a tweet Sunday. "It's a sad day for all Brazilians."

Permalink Reply by Billie Cokebottle on September 3, 2018 at 9:00pm

The thing about this story is whats missing, where did it start? Was it ISIS? Putin? Assad? How did it start? early days but they must know where in the building it started

Permalink Reply by Billie Cokebottle on September 3, 2018 at 9:01pm

Step Back in Time: An Interview with General Flynn by John B. Wells

STOP EATING PORK RIGHT NOW, AND DON'T EAT IT EVER AGAINInsider info: It is part of the plan to take…See More
1 hour ago
0 Comments 0 Favorites

GiovanniRosario updated their profile
3 hours ago

"Stormtruth, you would have done a fantastic job in the Name caller role for that ad. You must have…"
4 hours ago

cheeki kea commented on Chris of the family Masters's blog post Bring the Storm.
"I've decided if I'm to be a slave to the system then I'm going to make it one damn…"
4 hours ago

"The Weather Channel just said if you're in a flood area, to get as high as possible. TF?"
4 hours ago

"I could have done without seeing that cigarette, just quit a while back. Ack! Oh well."
5 hours ago