A group of anti-Confederate protesters aren’t happy enough with the declaration by the city of Memphis that it wants to dig up and move the remains of Confederate general Nathan Bedford Forrest.

They want it done now.

A group surrounded a shovel Wednesday and ceremoniously removed a chunk of grass and soil.

“We are going to bring the back hoe, the tractors and the men with the equipment to raise Bedford Forrest from the soil of Memphis,” Isaac Richmond with the “Commission on Religion and Racism” declared to awaiting TV cameras, CBS 3 reported. He believes if the general who died 137 years ago can just be eliminated, that will really help things.

“If he’s gone, some of this racism and race-hate might be gone,” he said, shovel in hand. “We got a fresh shovel full, and we hope that everybody else will follow suit and dig him up.”

Others see their actions as little more than destruction of property.

“They can protest all they want. Just because they don’t like it, doesn’t mean they are right. Digging up the park is just pure and simple vandalism,” says Lee Millar, spokesman Sons of Confederate Veterans.read on at ... 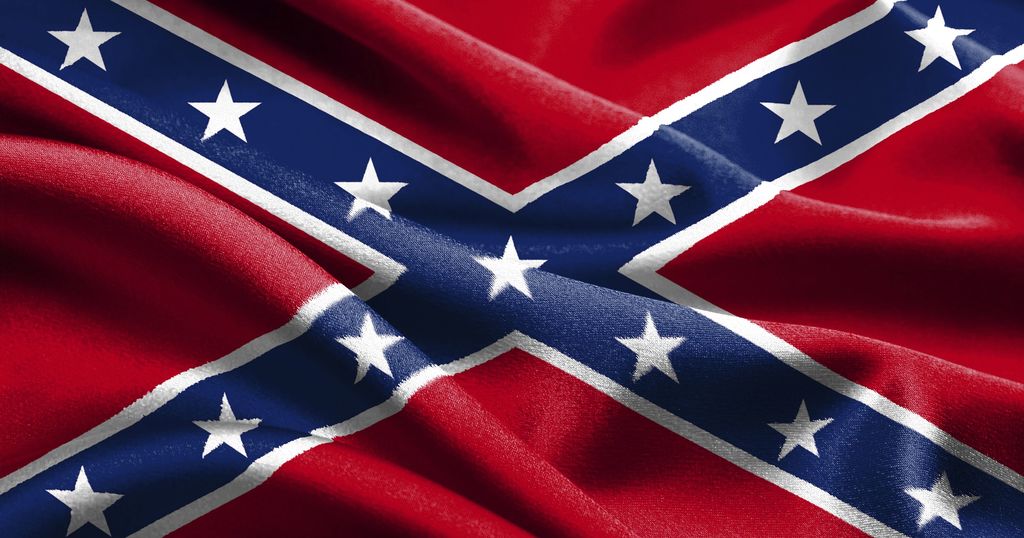 While these dipshits are digging up graves, the 'Knockout Game' rages on in the *PRESENT*.

Exactly, DS! Nobody is about that!

This flag IS NOT about hate, nor racism, those that believe that are ignorant and unlearned. I was born under this flag, it is part of my heritage and history of the land i love...DIXIE.
I will proudly fly my flag, continue believing and revering my Constitution....if someone doesn't like it, kiss my Southern azz.

I am a true daughter of the South, and I hate no man! I am Dixie.

Everything is subjective. I think this war against the Confederate flag is a psy-op to groom the American People for an eventual war on the American flag (so that the UN will be more readily accepted). It's not about flags. It's about getting folks prepped (and lubricated) for surrendering national sovereignty. Because you can't have a One World Controlling Government with national sovereignty & culture hanging around to make things difficult.

Jews owned 14 of 15 slave ships in Rhode Island and many of the largest slave owners in the South were Jewish.  Bet we won't see him digging up any of those graves!

Come to think of it, the Jew Judah P. Benjamin virtually ran the Confederacy and Jefferson Davis.  Was he a symbol of race hatred?  Will his grave be dug up?  Only if one goes to London.  Seems after the war he was set up as a British Chief Justice by the Rothschilds.

(Moral:  Controlling the media and organizations like the NAACP has its benefits when it comes to dumping the blame for one's previous actions.  Most Southeners had no slaves and were resisting an illegal Federal invasion.)

The elite and mainstream media are using everything they can to divide and conquer the American people...

Central Scrutinizer commented on Phyllis Maka's blog post 4th of July: BRING YOUR GUNS! Jim Stone
"...and this is where?????"
35 minutes ago

Central Scrutinizer commented on James Roberts's blog post City of Portland is Removing Elk Statue After Protesters Burned It
"The Elk's club here are all black......go figure"
37 minutes ago

Saagar and Ryan Grim discuss Tucker Carlson's apology on behalf of the Fox News network for participating in bias coverage over partisan issues. About Rising...
54 minutes ago
0 Comments 0 Favorites

Less Prone commented on Phyllis Maka's blog post Great Britain Outright Steals $2 Billion of Gold from Venezuela in Spite of COVID-19 Emergency Needs
"The European Union steals the gold of their members when they join. The Germans are trying to get…"
5 hours ago

Huh. Elks.... I never even knew they were racist. I think they're at least light brown, are they…See More
5 hours ago
4 Comments 0 Favorites

MAC favorited Phyllis Maka's blog post President Donald J Trump has quietly taken over the Federal Reserve Bank of the USA, in the last 2 weeks of March 2020
6 hours ago

chin woo is now a member of 12160 Social Network
6 hours ago
Welcome Them!