Obama Files Federal Charges Against George Zimmerman Following Acquittal in Shooting Murder of Trayvon Martin
Just when we thought the George Zimmerman/Trayvon Martin case was
over after Zimmerman’s acquittal, the Obama Administration has taken the
steps needed to file federal charges, thus sidestepping the well
established double jeopardy, against Zimmerman. Unidentified sources
within the Administration have confirmed that Obama, and Justice Eric
Holder at the Department of Justice have filed charges against Zimmerman
for “violating Trayvon Martin’s civil rights”.
Double jeopardy is an often misunderstood concept in American Law.
The rule merely states that an individual cannot be tried twice for the
same crime in the SAME COURT. Liberal Justice Department officials
often charge Americans with crimes from which they have previously been
acquitted by filing federal charges on a similar crime in a federal
court.At approximately 10:01 pm EST this evening Judge Debra Nelson
(pictured right) announced that the all women jury had found Zimmerman
not guilty of fatally shooting and killing the 17-year old Trayvon
Martin in Sanford, FL, just over one year ago.
The case has received national attention and nearly wall-to-wall
coverage on all mainstream media outlets. While Al Sharpton and the
entire staff at MSNBC has advocated heavily for a guilty verdict, we on
the right have been praying for an acquittal for Zimmerman who was
simply exercising his right to “Stand your Ground” (a Florida statute
that apparently allows individuals to follow, track, then attack young
Black youth before shooting them dead if feeling at all threatened
throughout the process).Obama has actively used his influence throughout the case (think “If I
had a son he would look like Trayvon”). Earlier this week, multiple
sources, including Fox News, Rush Limbaugh, Glenn Beck and the
entire right wing, has reported on the involvement of the Federal
Government in spending millions of dollars in support of anti-Zimmerman
protests (race riots). According to Fox News,
” The Community Relations Service (CRS), a unit of DOJ, reported
expenses related to its deployment in Sanford to help manage protests
between March and April 2012, according to documents obtained by the
watchdog group Judicial Watch.”

My dear Karen, The story is a fake. As are most all the stories on that site.

News for the federal government files charges against Zimmerman

Despite outrage, federal charges uncertain in Zimmerman case
CNN - 8 hours ago
Federal charges against George Zimmerman are unlikely, legal experts say. ... Obama would play no role in deciding whether federal charges are filed. ... did last year in saying the law limits the federal government's options.
Making federal case against Zimmerman could be tall order
NBCNews.com (blog) - 6 hours ago

And Obama would have no standing to file in the first place. 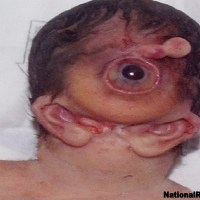 Sorry I will keep this one.

Permalink Reply by Chip on July 16, 2013 at 6:36pm
Drop these teens off in open ocean, that would be an appropriate sentence. If they can make it back to land (no charges) will be filed.
*****Each teen will be permitted one lawyer under each arm for bouyancy. (Or one race hustler).
The blue sharks and the oceanic sharks will be waiting. >--^)>

My My My!   MSM likes to keep a low profile on these hate crimes like the Marine Vet who was killed in Smyrna,Ga.-the black teen that shot and killed a 18 mo.old baby for the fun of it in frount of his Mother and the 50 year old man that was pulled from his car dragged in the woods and beating near death with a hammer here in Sanford when the Martin Story came out ...http://topconservativenews.com/2012/04/two-teens-beat-50-year-old-w...

Permalink Reply by Chip on July 16, 2013 at 11:10pm
The DOJ is and has been fueling this farce. Ankle Holder is bumping his gums all over the media today.
And now we have occupy trayvon? Really?