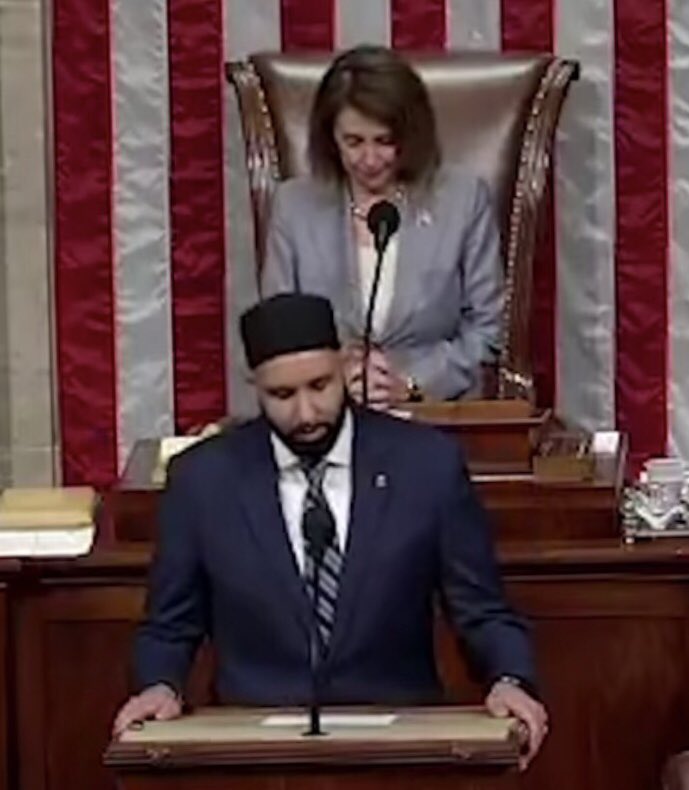 Imam Omar Suleiman is an anti-Semite who compared Israel to Nazis and refers to Israelis as terrorists. Suleiman also supports the Muslim Brotherhood terror group and called for the Palestinian antifada or attacks on Jews.

On July, 25, 2014, Suleiman declared on Twitter and Facebook: “How befitting that the 3rd Intifada starts on the 27th night of Ramadan as worshippers are denied prayer in Masjid Al Aqsa.” He ended his post with a prayer of sorts: “God willing on this blessed night as the 3rd Intifada begins, the beginning of the end of Zionism is here. May Allah help us overcome this monster, protect the innocent of the world, and accept the murdered as martyrs. ameen.”

The Facebook post garnered 1.9K comments, more than 4,200 shares, 17K “Likes,” and was even published on a Malaysian website. Suleiman’s call for a “3rd Intifada” and his explicit effort to cast it in religious terms came in the middle of the war between Gaza’s Hamas regime and Israel. That conflict, of course, followed the kidnapping and murder of three Israeli teenagers by Hamas members in June, and the firing of rockets by Hamas into Israel.

Just three months after declaring the imminent outbreak of a “3rd Intifada,” Suleiman posted on Twitter on October 30, 2014: “For the first time since 1967, Masjid Al Aqsa is closed. A third intifada is near insha’Allah. #FreePalestine.”

And the holy imam also compared Jews to Nazis.

Fun Fact:  Ramadan for the year 2019 starts on Monday, May 6th lasting 30 days and ending at sundown on Tuesday, June 4.  You can exchange Ramadan greetings by saying “Ramadan Kareem,” which translates into “Have a generous Ramadan,” or “Ramadan Mubarak,” which roughly translates into “Happy Ramadan.”  (I understand Ramadan greetings are PC, unlike Christmas Greetings.)

Just the Ashkenazis, not the Sephardics were compared. For research and scientific purposes.

"Well, who gains from the financial desperation?  Always them, things never change. "
2 hours ago

MAC replied to MAC's discussion PREPARE FOR WAR: Trump activates one million military reservists as nation prepares for mass combat casualties
"Dam, a new take on why reservists were activated. somethings up for sure."
2 hours ago

"@Gralton I still need to get that book to add to my collection."
2 hours ago

Mr. Sizzle commented on Doc Vega's blog post My First High School Band Song and How the Original Artists Sunk Themselves.
"Being a guitar player, when I hear GFR play Locomotion I wait for the guitar solo. It’s so…"
3 hours ago

"steve - Right, right. Oh no, he did reproduce, there are more of them."
4 hours ago