I have been watching this young lady, when she first started the views on the video were 1.9 Million, now they stand over 2 million 40,000. I love American Activist, I can not wait to come to America.

Discover the REAL LIFE stories behind the story with exclusive interviews and behind the scenes footage of the courage, perseverance, and faith that inspired and motivated the creation of the One Voice Children’s Choir heartwarming cover of “I Can Only Imagine” by MercyMe, written by Bart Millard. Come back to the One Voice Children's Choir channel daily for a new, real-life story.

Spotify have removed country music and Christian themed music from their playlists just one day after announcing they have partnered with six leftist activist groups including the Southern Poverty Law Center in order to police the platform and remove “hate speech and inappropriate content.”

The groups include the Southern Poverty Law Center (SPLC), the Anti-Defamation League (ADL), Color of Change, GLAAD, Showing Up For Racial Justice, Muslim Advocates, and the International Network Against Cyber Hate.

“We love that our platform is home to so much diversity because we believe in openness, tolerance, respect, and freedom of expression, and we want to promote those values through music on our platform,” Spotify announced in a blog post. “However, we do not tolerate hate content on Spotify — content that expressly and principally promotes, advocates, or incites hatred or violence against a group or individual based on characteristics, including, race, religion, gender identity, sex, ethnicity, nationality, sexual orientation, veteran status, or disability.”

It seems country music and Christian themed music violates the international music streaming giant’s new guidelines, with users complaining on forums that country music playlists have been removed and Christian music has been deleted from the platform.

“When we are alerted to content that violates our policy, we may remove it (in consultation with rights holders) or refrain from promoting or playlisting it on our service. It’s important to us that our values are reflected in all the work that we do, whether it’s distribution, promotion, or content creation,” Spotify explained.

While Spotify does not explain exactly what their “values” are, the streaming site’s move into political censorship makes them the latest tech company to display a far-left social agenda.

The decision by Spotify to police the site and remove content deemed “hate speech” mirrors the hugely controversial move by YouTube earlier this year to purge their platform of conservative and “conspiracy” content, while promoting mainstream news channels. YouTube also partnered with leftist activist groups including the SPLC in order to decide what content is appropriate and what constitutes “thought crimes” in 2018. 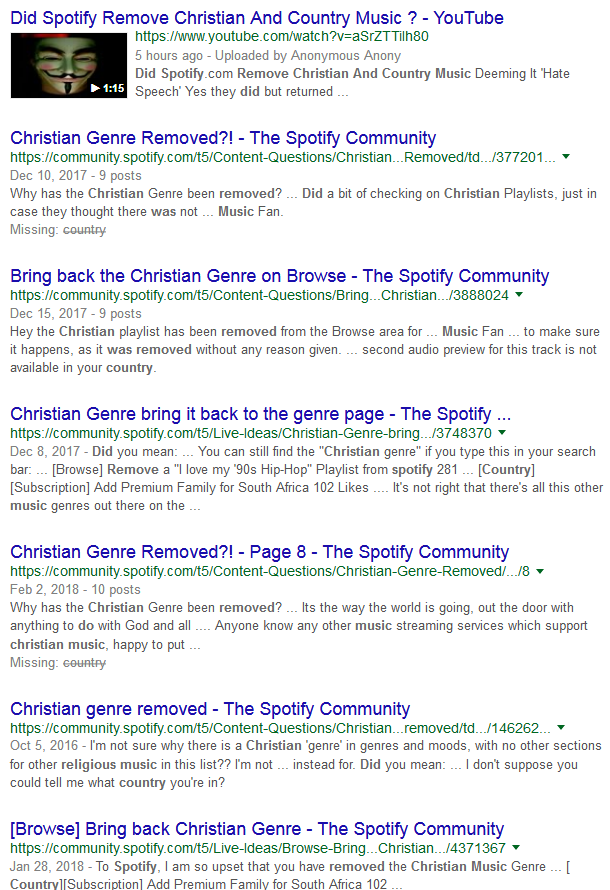 And this song" I Can Only Imagine" by MercyMe is over the top now in views. 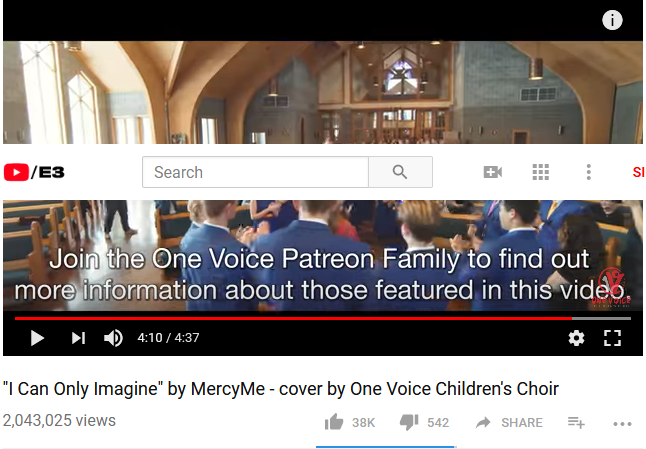 " This is blatant elder abuse and age discrimination. A similar situation happened here where a…"
4 hours ago

This has to be this biggest F U in history. Stand up america it's way past time.Steve…See More
5 hours ago
0 Comments 0 Favorites

"Great educational leaders back in the day to had an understanding of what a soul was, and went out…"
5 hours ago

Elderly people are being subjected to genocidal torture locked in care homes and not legally allowed to go out, or have a visit, be hugged by, or to hold the...
5 hours ago
1 Comment 0 Favorites

"So that's their party policy, to end their violence if they win the election. I think anyone…"
6 hours ago

"I lost respect for Ben Shapiro when he complained about Trump firing the War Hawk, John Bolton."
7 hours ago

"Too bad more people don't understand what he is saying!"
8 hours ago

Central Scrutinizer commented on Phyllis Maka's blog post Jim Stone: this was not a broadcast glitch, Pelosi actually glitched like that in real life. WTH is going on???
9 hours ago