Depardieu visited the Russian city of Sochi and held a brief meeting with Putin, presidential spokesperson Dmitry Peskov said. During the meeting, Putin and Depardieu discussed the upcoming Russian release of the actor's film about Grigory Rasputin.

Depardieu expressed his thanks to his new compatriots in letter published in the media, in which he praised the cultural, social and political virtues of his new home and vowed to learn Russian.

In his letter the actor called Russia a “country with a great democracy”, which triggered a wave of criticism and irony from users on Russian social networks.

The actor made headlines across the world when he announced in late December that “Putin has already sent me a passport!” The statement turned out to be just a joke, but did not influence Putin’s decision. The next day the President told the media that the French bon vivant, with whom he has long had “kind, friendly, personal relations”, would be welcome in Russia.

The actor decided to renounce his French citizenship over “insulting” accusations of tax evasion from Prime Minister Jean-Marc Ayrault after announcing his plans to move to Belgium. 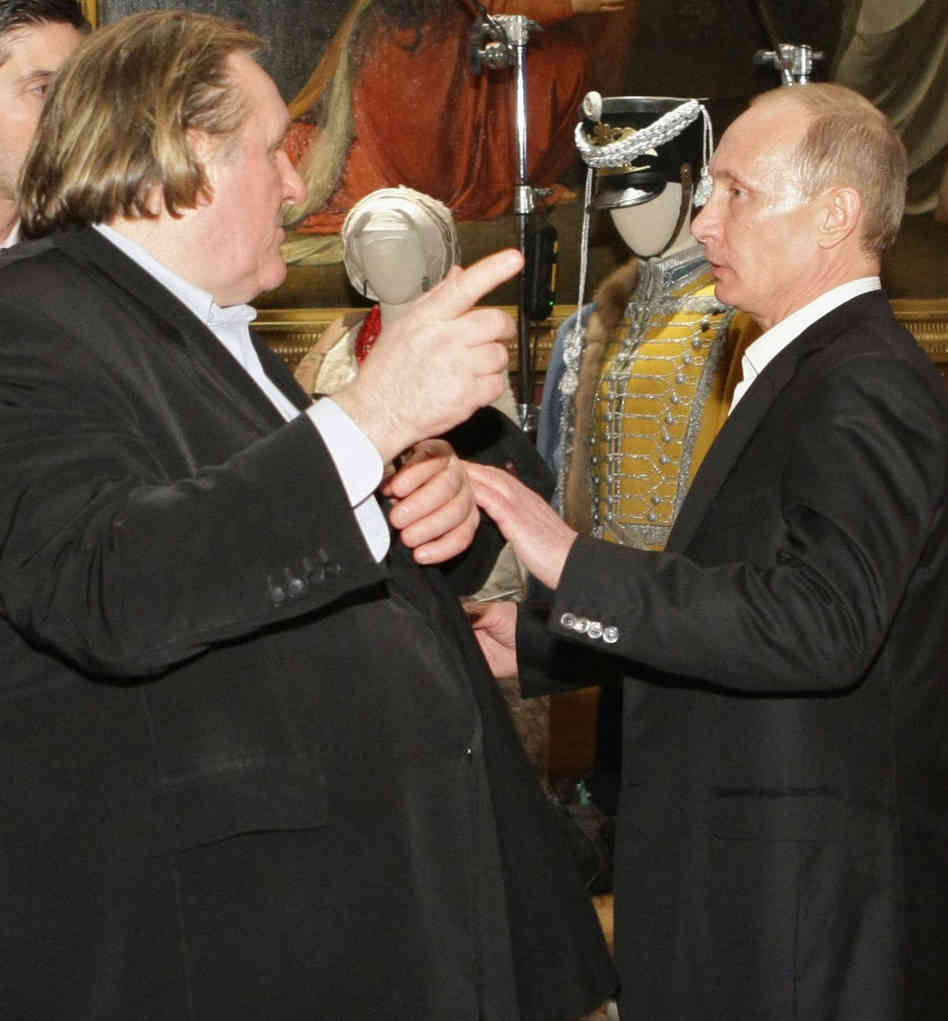 Chris of the family Masters posted blog posts
32 minutes ago

steve commented on Guardian of Scotland's status
"Hey Guardian, Here's a couple to get you…"
3 hours ago

steve commented on Guardian of Scotland's status
"Hey Guardian, There are literally dozens of on the scene videos exposing the fkn hoax being…"
4 hours ago

steve replied to steve's discussion While we are at it Lets expose this FEAR PEDDLEING MONEY HUSTLEING DOOM AND GLOOM CHICKEN LITTLE SKY IS FALLING SCAMMER.
"Doing what I can guys glad you liked, I have a keen sense of vibe/gut feeling for hustlers. Take me…"
4 hours ago

James Roberts replied to James Roberts's discussion Kozyrev Mirror
"Haven't got around to finishing this yet, but will be tomorrow. Wiki, and others claim that…"
5 hours ago

"Bahhh, this obese Carlton wanna-be is nothing but a fat fraudulent 3rd rate failed fuckstick…"
6 hours ago

James Roberts replied to steve's discussion While we are at it Lets expose this FEAR PEDDLEING MONEY HUSTLEING DOOM AND GLOOM CHICKEN LITTLE SKY IS FALLING SCAMMER.
"Outstanding information, steve. Of course, Mike Adams loves Israel and the Jews, even stating that…"
6 hours ago

James Roberts favorited steve's discussion While we are at it Lets expose this FEAR PEDDLEING MONEY HUSTLEING DOOM AND GLOOM CHICKEN LITTLE SKY IS FALLING SCAMMER.
6 hours ago