Police officers were attacked and cars were set alight when a sweet 16 birthday party in the Netherlands turned into a nightmare. The Facebook invite, which was meant to be a private affair, became a party of thousands. NBC's Duncan Golestani reports.

AMSTERDAM -- Riot police broke up crowds of youths who turned violent in a tiny Dutch town late on Friday after several thousand people descended on the community after a schoolgirl's Facebook invitation to her sixteenth birthday party went viral.

Media reports said six people were hurt, including three seriously, after disturbances broke out in the quiet northern Dutch town of Haren. Reports said shops were vandalized and looted, a car set on fire and street signs and lampposts damaged before police broke up the crowds.

A teenager's birthday party in a small Dutch town got out of control when the invite went viral. NBC's Duncan Golestani reports.

Up to 600 riot police were on the scene during the disturbances, according to one media report. There were at least 20 arrests, media said.

Pictures from the scene showed party-goers wearing T-shirts with "Project X" written on them -- apparently a reference to the movie "Project X", in which three high school seniors throw a party that gets out of control as word spreads.

Some 30,000 people received the invitation from a girl announcing her birthday party on Facebook, according to media reports. The party was intended to be a small-scale celebration, but the girl did not set her Facebook event to private and the invitation went viral.

Chairs burn in the northern Dutch town of Haren late on Friday after thousands of party-goers showed up to a teenager's birthday party.

You need to be a member of High Strangeness & General Weirdness to add comments! 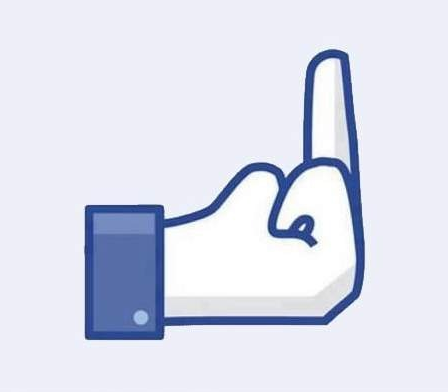 "I got Slapped Upside the Head for sharing your post!"
3 hours ago

Guardian of Scotland commented on Aaron's blog post Unmasking The Mask Hoax – Bow Down Anyhow… Submit To All Unlawful Authority Or Else!
"I do not trust anything the CDC has to say about anything. I would like to see exactly where on the…"
6 hours ago

Phyllis Maka commented on Phyllis Maka's blog post If Trump wins and the Democrats steal the Senate in 2020? the House will impeach and the Senate will convict
"We are here now being awakened to do the job of clearing out this 'muckety muck of all…"
6 hours ago

Chris of the family Masters favorited Phyllis Maka's blog post If Trump wins and the Democrats steal the Senate in 2020? the House will impeach and the Senate will convict
9 hours ago

cheeki kea commented on Phyllis Maka's blog post If Trump wins and the Democrats steal the Senate in 2020? the House will impeach and the Senate will convict
"All this will come to light sooner or later, and that's when we will see the parents blamed, -…"
11 hours ago

cheeki kea favorited Phyllis Maka's blog post If Trump wins and the Democrats steal the Senate in 2020? the House will impeach and the Senate will convict
14 hours ago

Mr. Sizzle commented on Doc Vega's blog post Converting America to the Global Government Tyranny!
"You’re a bit naive yet I commend your writing capabilities.  Historically when a…"
22 hours ago