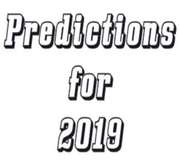 Central Scrutinizer [CS] sounds great except one thing.... A Country must have an actual "Money" system in place first,

[TM] Wrong. A country is not even needed. No "country" provides the internet. The users provide the internet. No "country" need manage the money process (nor need there be just one central process). Rather, traders "use" a proven process that exists outside all countries.

[CS] not this fake-ass monopoly paper that represents thin-air,

[TM] You're not paying attention. All promises are made out of "thin-air" ... and "you" accept promises all the time. And you closely scrutinize those whose promises you accept ... all without any regulatory body at all.

[TM] The "Federal Reserve" is just one of many "franchises" totally controlled since the early 1800's by the same family (originally based in Germany). That family patriarch even made the revealing statement: "Let me control the money and I care not who makes the laws." We don't have to play their game. But we can leave their game running for those who are so stupid as to use it.

But for sure we must understand the basic concepts. You are chastising the symptoms rather than the disease. We can institute a competing system and have it evolutionarily operational every bit as fast as PayPal was initiated. Once started, no entity can compete with it nor destroy it. They can only simply try to reduce its infinitesimal cost of operation. Just as with the internet, "there is no stake holder". There is no "counterparty" or "counterparty risk". There is just a purely objective transparent process ... with zillions of observers scrutinizing its operation and thereby providing continuous negative feedback keeping it stable. 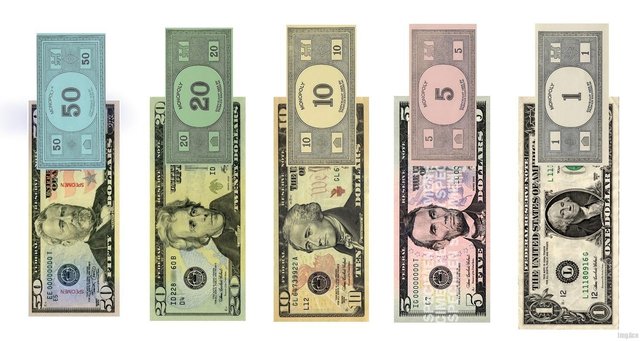 sounds great except one thing.... A Country must have an actual "Money" system in place first, not this fake-ass monopoly paper that represents thin-air, backed by the world's biggest privatized central banking system that goes by the name "Federal Reserve" ;)

Central Scrutinizer: " I think it's going to be the collapsing of this phony, fiat dollar they've punked down since '72. "

You must understand, all money is fiat... and that's as it should be. Money is provably a promise and promises are obviously fiat. That's not the issue.

The issue is manipulation. All money (monopolized by the money changers) is sub-optimal to traders. It is enormously optimal to the money changers who take tribute (interest) and manipulate its supply (their farming operation called the business cycle). It is essential to the governments they institute (financed wholly by inflation ... i.e. counterfeiting).

Interest is perpetually zero (to responsible traders). Deadbeat traders pay interest commensurate to their "propensity to default" (it's an actuarial process). And inflation is perpetually zero to "all" traders using the money in simple barter exchange.

This is because perfect supply/demand balance for the money itself is perpetually "guaranteed" by the process (and it's transparent operation open to scrutiny instantly and continuously by anyone). No trader "creating" money is anonymous, nor is the trade they are certifying ... i.e. creating money. However, all traders "using" money are anonymous as are their trades.

As a result, fully 3/4ths of the fruits of our labor go to the money changers and the governments they institute. Tell me we can't choose to compete against that nonsense and succeed in driving them out of our lives.

And nothing special happened in '72. The jig was already up for the Bretton Woods hoax and con and the dollar. It was already trading in the real market at 1/2 the official value. The French saw this and demanded gold as guaranteed by the myth. Poof! The myth was exposed and abandoned. That will always be the case with a "standard" based process. The problem isn't with the scale used to determine value. It's with the supply/demand balance of the money. It must be perpetually equal. Precious metals obvious can't offer that. And the ridiculous Bitcoin doesn't even try.

I'm with Todd, I think its not going to be collapsing more buildings, I think it's going to be the collapsing of this phony, fiat dollar they've punked down since '72. Then blame it all on Trumpo's admin!! Then total insanity due to the dumbing down of these idiot youngn'z. Like Chuck said in the 2nd "Planet of the Apes" movie.....

Just as in bankruptcy, officially recognizing the reality lags the reality by great margins. The USA has been virtually dead my entire 74+year existence. Actually, it was a non-starter from the beginning. You have to be amazed by those who wield the power to misinform, indoctrinate, and deceive without their subjects ever knowing it.

There is a way out. It is an independent competitive initiative against the money changers and the governments they institute. That is, institute a "real money process" to compete with their "tribute demanding farming and counterfeiting operations."

(1) Recognize money for what it provably is, always has been, and always will be: "Money is an in-process promise to complete a trade over time and space."

(2) Understand the creation and destruction of money: Money is "always" created by traders initiating transparently exposed trading promises over time and space. It is destroyed as they deliver as promised. We are all traders and most of us create and destroy money. In the mean time it circulates as the most common object in simple barter exchange. We traders buy things with time payments (usually monthly) which represent the return and destruction of the money we created when we committed to trading for a house, car, or other objects.

(3) Understand that INTEREST is the reclamation of DEFAULTs, a default being a failure by a trader to deliver on his promise. INTEREST collections immediately mitigate DEFAULTs as they are recognized. This guarantees perpetual perfect supply/demand balance for the money itself and thus zero INFLATION. The operative relation is: INFLATION = DEFAULT - INTEREST = zero ideally.

(4) Understand that real trader-created-money is always in free supply and imposes no impediment to trade nor interest burden on responsible traders (i.e. those who don't default). The money changers' business cycle goes poof!

(5) Understand that with a real money process there is no such thing as monetary policy. There are "no" knobs for the manipulators to turn. It's all simple totally objective arithmetic.

(6) Understand that the money changers as sustained by tribute collections (most indirectly in the form of taxes collected by governments and paid to them as interest tribute) and governments are sustained by counterfeiting (i.e. inflation). Governments are traders. But unlike responsible traders like you and me, they "never" deliver as promised. They just roll over their promises ... and that is default ... and perpetual default is counterfeiting.

(7) Understand that government now takes 3/4ths of all you earn. In my opinion, slavery starts way before that level of encroachment.

So institute a "real and proper money process" and poof! The money changers can't compete. The arbitrary interest load they are used to imposing isn't competitive. Governments are reduced to what is supported by taxes (which right now go to the money changers as interest tribute payments) ... not by the hidden tax of inflation. When the veil is lifted and people experience their economic liberation, they will quickly realize they are better at spending their money than any government can ever be ... thus poof! to government.

I ain’t shy man but hey the government is shit. animal rights will take over human rights will die we all will be taken over by robots. Get this if you interfere with an animal your going to the slammer for who knows how long but then you got these cunts that interfere with kids all they get is a slap on the wrist wipe there ass and then there off home now how is that fair in this day and life fucken wankers now we can see the government are all fucken puppets with robots pulling there strings.

Here is a sample of this bloated Bill to replace and augment HR 6666. to wit:SEC. 222. NATIONAL…See More
2 hours ago
0 Comments 0 Favorites

Less Prone replied to MAC's discussion AG Barr Destroys His Name for All Eternity – His Actions Today Confirm He Is Just Another Card-Carrying Swamp Rat
"Would a rat rat another rat?"
5 hours ago

Daily Con replied to Chris of the family Masters's discussion CIA Director Gina Haspel Arrested For Treason
"Hi Chris, Okay I will check him out some more he has a Bitchute channel and so I’ll spend…"
8 hours ago

Daily Con replied to MAC's discussion AG Barr Destroys His Name for All Eternity – His Actions Today Confirm He Is Just Another Card-Carrying Swamp Rat
"Hello Fire Department, I like to report a fire in Bill Barr’s ass, send the biggest pumper…"
8 hours ago

Daily Con replied to Chris of the family Masters's discussion CIA Director Gina Haspel Arrested For Treason
"Interesting Chris not sure about Simon Parkes. What do you know about this guy? At 10:01 aprox he…"
8 hours ago