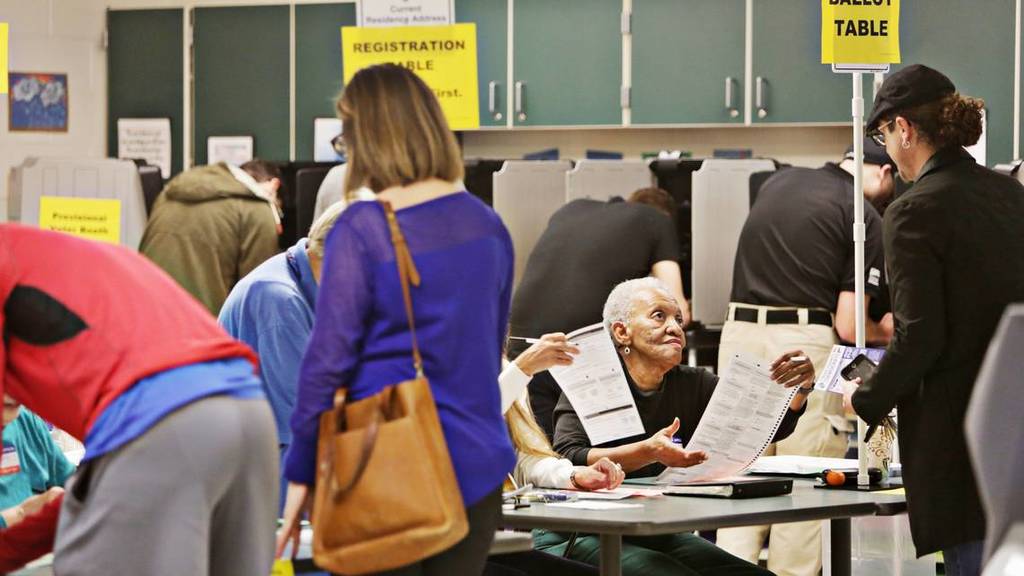 "Humidity"? Is that a new euphemism

Humidity is apparently to blame for some machines failing to read ballots in Wake County and other parts of North Carolina, according to state elections officials.

“Initial reports from county elections offices indicate this issue is caused by high humidity levels,” a press release from the N.C. State Board of Elections said. “When ballots cannot be read by tabulators, they are stored securely in ‘emergency bins’ and will be tabulated as soon as possible.”

Elections officials said they want to assure voters “that procedures are in place for these types of events,” according to the N.C. State Board of Elections release. “All ballots will be counted.”

An audit performed by the state board after elections ensures the number of signed voter authorization forms matches the number of ballots turned in at each precinct, the release said.

Cary voter Nancy Harrell, who lives in Precinct 04-12 in Wake County, has been voting at Crossroads Ford Service Center for 20 years. Tuesday morning, she was there to vote between 8:30 and 9 a.m. and said she saw more than 15 voters struggling to get the machine to accept their ballots.

When it was her turn, the machine did not accept her ballot, so she said she kept trying. Harrell said that poll workers chased down some voters who left before their ballots were successfully entered in the machines. After several tries, her ballot went in.

“I didn’t see an ‘emergency bin’ — no one mentioned an emergency bin,” Harrell said. “So we just stood in line until they were accepted by the Scantron machine.

“I tried to put it in and they tried to tell me exactly how to do it, but if you’ve voted before you’ve done it many times. I put it in, it wouldn’t accept it, it beeped and I tried again,” she said.

In 2017, Wake County elections officials said high humidity affected tallying votes in the Raleigh municipal elections, according to a previous News & Observer story. The elections board didn’t post results for some precincts until about 11 p.m., which is later than usual.

Here’s how to report voting problems or malfunctions today.

People reacted to today’s malfunctions on social media, some expressing concerns and suspicions.

The optical scanner in the Cary fire station where I vote (4-2) is jamming due to humidity. These votes will be hand tallied or scanned later. It is going to be a long night in Wake County. #ncpol cc @gercohen pic.twitter.com/Khg4eYa1aI

Charlene interviews the Whistleblower of the year, Zach Vorhies! Zach has done what few others have dared to do, tell the truth about Google and Big Tech and...
8 minutes ago
0 Comments 0 Favorites

James Roberts commented on stormtruther's blog post Google Drive Takes Down Personal Copy Of "Plandemic" (Thats Fucked!)
"Nothing new. When "digital video recorders" were new, a streaming service went into their…"
1 hour ago

stormtruther commented on Doc Vega's blog post The True Meaning of Memorial Day Part II
"Hey Doc, If you've got anything in particular you want me to post over there like yr poetry or…"
2 hours ago

"That's enough to put the Dallas Cowboys in the basement for sure!"
3 hours ago

Doc Vega commented on Doc Vega's blog post The True Meaning of Memorial Day Part II
"stormtruther That's weird! They used to post a lot of my articles there and now they…"
3 hours ago

Doc Vega commented on Doc Vega's blog post The True Meaning of Memorial Day Part II
"Chris of the family masters, that would be funny as shit if the powers that be orchestrated a war…"
3 hours ago