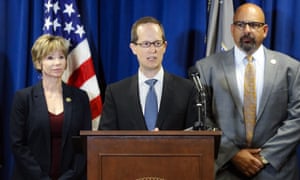 Federal prosecutors have charged a former president of a major pharmaceutical distributor with flooding parts of Appalachia with millions of opioid pills while ignoring evidence they were driving addiction and death. 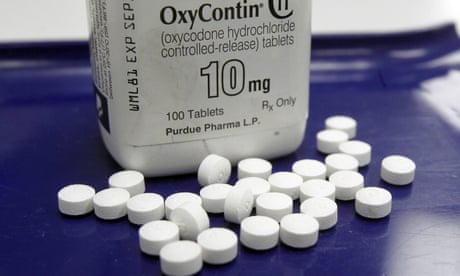 The arrest of Anthony Rattini, the ex-head of Miami-Luken, on criminal charges marks a significant shift in legal action to hold the drug industry to account for the US opioid epidemic as hundreds of civil actions against manufacturers and distributors head to court.

Rattini is accused of distributing powerful narcotic painkillers for other than medical reasons to more than 200 pharmacies across West Virginia, Ohio, Indiana and Tennessee.

Rattini was charged alongside Miami-Luken’s former compliance officer, James Barclay, and two West Virginia pharmacists who ordered large amounts of the drugs from the company.

Prosecutors accuse the Miami-Luken executives of shipping huge quantities of opioid pills to pharmacies in rural towns over several years despite warnings from the Drug Enforcement Administration.

Phyllis Maka commented on Phyllis Maka's blog post WHAT GOES AROUND COMES AROUND
"That's why these 'white coats' have to physically force their poison in you, with or…"
54 minutes ago

Chris of the family Masters commented on Phyllis Maka's blog post WHAT GOES AROUND COMES AROUND
"I just learned in Chinese and Ayurvedic Indian medicine there was no concept on contagion...."
1 hour ago

Central Scrutinizer commented on Aaron's blog post “IT’S A FULL-BLOWN COMMUNIST PLOT” — Whistleblower Reveals the Plan
"Where can one acquire these "Weaponized Fireworks"?? Sounds like a blast (pun intended)"
8 hours ago

"OMG, you are one clueless b00b... 1.)anybody who keeps thinking these felons are there for We, The…"
8 hours ago