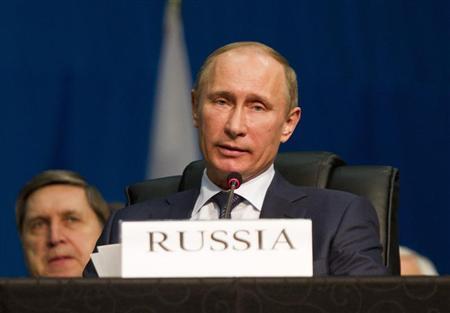 (Reuters) - President Vladimir Putin ordered the launch of large-scale Russian military exercises in the Black Sea region on Thursday, his spokesman said, in a move that may create tensions with Russia's post-Soviet neighbors Ukraine and Georgia.

Putin issued the order to start the previously unannounced maneuvers at 4 a.m. Moscow time (12.00 a.m. EDT) as he flew back from an international summit in South Africa, his spokesman, Dmitry Peskov, told reporters by telephone.

"These are large-scale unannounced test exercises," Peskov said, adding that 36 warships and an unspecified number of warplanes would take part. "The main goal is to check the readiness and cohesion of the various units."

He did not say how long the exercises would last.

The  Russians aren't going to do anything and Israel and US know it..hence the impending attacks on Syria and Iran

Central Scrutinizer commented on Chuck Smith's blog post WASHINGTON THEATER PRESENTS- "TRUMP V THE DEEP STATE!" a never ending distraction. By Smithfix
"Long legged Mac Daddy Faggot himself said it best... "We are the ones we have been waiting…"
15 hours ago