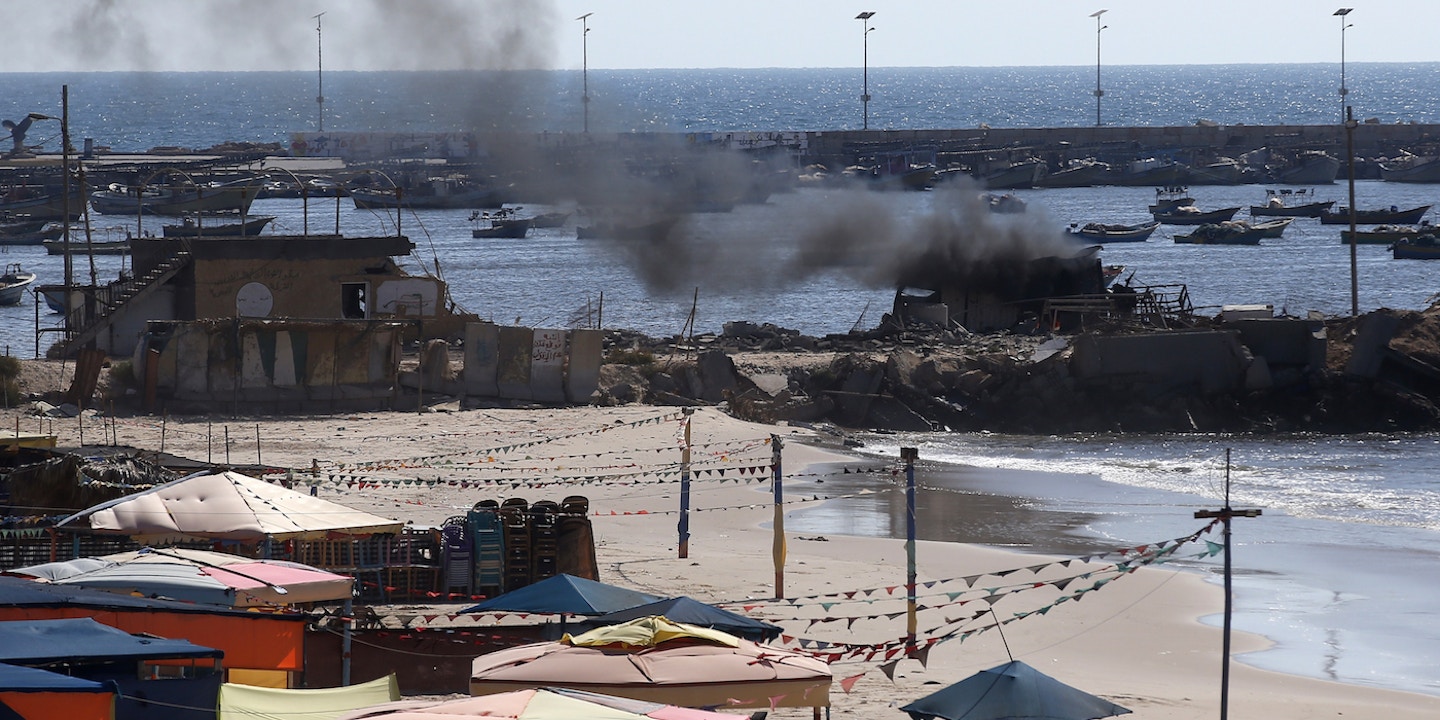 A CONFIDENTIAL REPORT by Israeli military police investigators seen by The Intercept explains how a tragic series of mistakes by air force, naval, and intelligence officers led to an airstrike in which four Palestinian boys playing on a beach in Gaza in 2014 were killed by missiles launched from an armed drone.

Testimony from the officers involved in the attack, which has been concealed from the public until now, confirms for the first time that the children — four cousins ages 10 and 11 — were pursued and killed by drone operators who somehow mistook them, in broad daylight, for Hamas militants.

The testimony raises new questions about whether the attack, which unfolded in front of dozens of journalists and triggered global outrage, was carried out with reckless disregard for civilian life and without proper authorization. After killing the first boy, the drone operators told investigators, they had sought clarification from their superiors as to how far along the beach, used by civilians, they could pursue the fleeing survivors. Less than a minute later, as the boys ran for their lives, the drone operators decided to launch a second missile, killing three more children, despite never getting an answer to their question.

Suhad Bishara, a lawyer representing the families of the victims, told The Intercept that Israel’s use of armed drones to kill Palestinians poses “many questions concerning human judgment, ethics, and compliance with international humanitarian law.”

Remotely piloted bombers “alter the process of human decision-making,” Bishara said, and the use of the technology in the 2014 beach attack “expands the circle of people responsible for the actual killing of the Bakr children.”

Just hours before the attack, on the morning of July 16, 2014, the public relations unit of the Israel Defense Forces had been promoting the idea that the live video feeds provided by drones enabled its air force to avoid killing Palestinian civilians.

The PR unit released operational footage, apparently taken from the screens of Israeli drone operators, which documented how three Israeli airstrikes had been called off that week because figures, identified as civilians, had appeared close to targets in the densely populated Gaza Strip.

Those images were released one week into Israel’s Operation Protective Edge, a 50-day offensive against Hamas militants in Gaza in which Israel would eventually kill 1,391 civilians, including 526 children.

Later that same day, at about 3:30 p.m., an Israeli Hermes 450 surveillance drone hovering over a beach in Gaza City transmitted images of eight figures clambering from the strand onto a jetty.

cheeki kea commented on stormtruther's blog post VIDEO: Omaha Bar Owner Shoots Protester (Rioter/looter "He didn't see that coming")
"The man has the right to protect his property. An unfortunate outcome for the one that tried to do…"
51 minutes ago

"http://www.youtube.com/watch?v=hFZFjoX2cGg ; They are cool and cute."
1 hour ago

Unbelievable ..Yes, I'm definitely not dreaming ,I checked, lol, seems a 2015 vision I had of a…See More
1 hour ago
1 Comment 0 Favorites

Jeroslav Pelikan is quoted as saying, “Apocalypticism ... was the mother of all Christian theology.…See More
5 hours ago
0 Comments 0 Favorites

Doc Vega commented on Doc Vega's blog post The Enduring Mystery of the Anasazi
"Chris, thanks for your support."
5 hours ago

stormtruther commented on stormtruther's blog post Australia issues red 'do not travel' warning for the US as violence erupts in dozens of cities over death of George Floyd
"I didn't know we were aloud to go fucking anywhere!"
7 hours ago

stormtruther commented on stormtruther's blog post Who burned the homeless camp? Antifa and Infowars play the blame game over Austin riots
"Only a Soros funded mummys boy could do anything so cruel, none of those protesters know what it is…"
8 hours ago