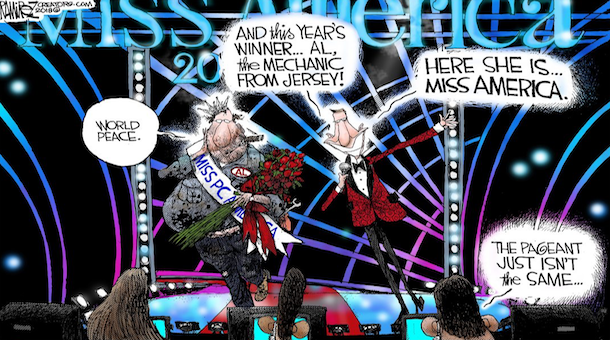 Nominations for the world’s most coveted prize are open to lawmakers, academics and researchers from around the world. The Nobel Committee in Oslo typically receives hundreds of nominations each year, and past candidates have also included Russian President Vladimir Putin and Former Cuban leader Fidel Castro. A record 330 people were nominated this year.

While the Norwegian Nobel committee is appointed by parliament, it’s decisions are independent. Trump was nominated by two right-wing members of Norway’s Progress Party, which advocates for limited immigration and lower taxes.

“What’s going on now is historic,” Progress Party member Per-Willy Amundsen told NRK. “A process is underway to ensure world peace in the future. It’s a fragile process, but we must of course do what we can to help this process bring good results.”

Provided to YouTube by CDBaby Tomorrow Belongs to Us · Ian Stuart & Stigger Patriotic Ballads I ℗ 2011 RRR Released on: 2011-09-27 Auto-generated by YouTube.
4 hours ago
0 Comments 0 Favorites

Sabbatai Zevi commented on Keisha Ruan's blog post Work Force Giving us Notices on Martial Law
"I got one and threw it away. First fool that asks me for papers is getting a surprise."
8 hours ago