Thank you Chris and Mr. Sizzle. Doc - I'd have recommended him to be the head of the YMCA, AMA, FDA, CIA, NRA, the ASPCA or AAA. I understand how you came to feel the way you do, however, I would not feel the way I do without good reason, I assure you.

I have yet to see a UFO (that I know of, hope I never do), however, on two occasions I ran into some very unusual human beings. They remind me very much of certain passages from William Bramley's The Gods of Eden, or from John Keel's work.

The second time, he was clothed all in black, a hooded robe. The first time, they were attired as surgeons from maybe the early 1970s, heavy cotton scrub caps with cloth ties, masks, scrubs, aprons, not as bright as kelly green, but not as dark as olive drab. Heavy rubber gloves, light yellow-brown, like natural rubber. The first thing I noticed both times was how extraordinarily tall they were. The ceilings in my apartment are 8 ½ feet high, and that is how tall they were. Their faces were also unusual, in that they were black (not racially, but true black), like a photographic negative version of old-fashioned CRT picture tube TV "snow".

Just a threshold of sensation of rapid Brownian movement-type activity. On another occasion, I saw an animal which is most certainly not in any of our zoology books. Thankfully, each of these occasions was brief (to the best of my knowledge), but not enough for me. I don't want any more to do with the subject, for as long as I live.

“James, Buddy I'm not too sure I would have ever recommended the Fuehrer for a leadership position much less the YMCA.”

Do tell why you would be against a leader that promoted healthy living and exercise for his nation and creating basically, the German version of the YMCA in the 1930s?

James, Buddy I'm not too sure I would have ever recommended the Fuehrer for a leadership position much less the YMCA. Oh, and by the way I've seen 4 UFO's in my life. The first one was in LA in a house my family lived at not far from Hollywood and Vine. I was only 8 and a half but I damn sure knew what I was looking at. They hadn't outlawed sonic booms at that time and a s a little kid I used to watch all kind of air traffic particularly military as there was a base in the area. Did it have an effect upon my life? Well the marriage department sure did suck!

Mr Sizzle - Thank you, will read.

I have something for you to read JR. 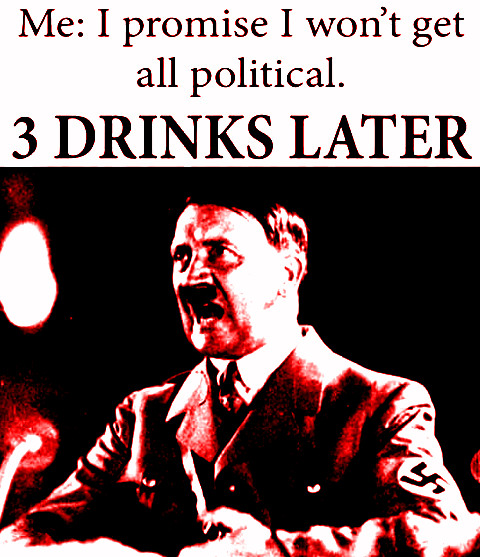 Central Scrutinizer commented on Aaron's blog post “IT’S A FULL-BLOWN COMMUNIST PLOT” — Whistleblower Reveals the Plan
"Where can one acquire these "Weaponized Fireworks"?? Sounds like a blast (pun intended)"
11 minutes ago

"OMG, you are one clueless b00b... 1.)anybody who keeps thinking these felons are there for We, The…"
15 minutes ago

Enjoy the videos and music you love, upload original content, and share it all with friends, family, and the world on YouTube.
1 hour ago
0 Comments 0 Favorites

Phyllis Maka commented on Phyllis Maka's blog post New Zealand is going full-blown fascist after Tony Blair advisor installed as prime minister
"They have these new types of smoke alarms they put in just this year, in state houses, although…"
2 hours ago

Chris of the family Masters commented on Phyllis Maka's blog post New Zealand is going full-blown fascist after Tony Blair advisor installed as prime minister
"Our communist made a rule no more than 10 people in a house any time. Are their henchmen going to…"
4 hours ago

Phyllis Maka commented on Phyllis Maka's blog post New Zealand is going full-blown fascist after Tony Blair advisor installed as prime minister
"Tony Blair is war criminal didn't know she was his adviser it makes sense now. We are not the…"
5 hours ago

cheeki kea commented on Phyllis Maka's blog post New Zealand is going full-blown fascist after Tony Blair advisor installed as prime minister
"The puppet of pandemonium, know her by her deeds -of bullshit. Bad karma follows her like an…"
7 hours ago

"Mask people Unite! - do the non-masked people a favour, because you will be noticed Way more than…"
8 hours ago