Informing on your neighbours? There's an app for that: Big Brother iPhone download encourages you to spy

By Daniel Bates
Last updated at 8:50

It claims to be a handy way to make you a ‘better citizen’.

But a new app for the iPhone has been condemned by critics who claim it is turning mobile users into a network of government spies.


WASHINGTON (AP) -- Top congressional leaders agreed Thursday to a four-year extension of the anti-terrorist Patriot Act, the controversial law passed after the Sept. 11 attacks that governs the search for terrorists on American soil.


WASHINGTON — A top US lawmaker unveiled legislation on Wednesday to protect individuals who tip off authorities to potential extremist threats from lawsuits, in the event that they turn out to finger innocents.

House Homeland Security Chairman Pete King introduced the "See Something, Say Something Act" as a shield for those "acting in good faith" and with "objectively reasonable suspicion" that a plot may be unfolding. 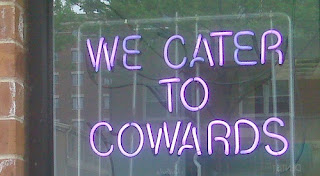 Warmists: 'We can't win the game, so let's change the rules'

A bald man in a tuxedo walked into Manhattan’s St. Regis…

Autism Study Tying Disorder to Vaccine Was `Not a Hoax,' Researcher Says

The author of a study linking vaccine for measles, mumps and rubella to an increased risk of autism said the research was…

Warm Bias: How The Met Office Misled The British Public

Grab a tissue for this one: Kids write Santa this year for basic needs instead of toys ...

By Donna Leinwand, USA TODAY
Santa Claus and his elves are seeing more heartbreaking letters this year as children cite their parents' economic troubles in their wish lists.…
Continue

On the third Wednesday of every month, the nine members of an elite Wall Street society gather in Midtown Manhattan.

The men share a common goal: to protect the interests of big banks in the vast market for derivatives,…

Dead Drops: When US Cyber Command Pulls the Net

We need to start creating our own internet infrastructure backup and this is a great way to start before Sen. Joe Lieberman has his way with an internet "kill switch" like the one China has that he loves so much.

Dead Drops: When US Cyber Command Pulls the Net
http://tinyurl.com/2awg6cf

WASHINGTON — Robert S. Mueller III, the director of the Federal Bureau of Investigation, traveled to Silicon Valley on Tuesday to meet with top executives of several technology firms about a proposal to make it easier to wiretap Internet users.

Mr. Mueller and the F.B.I.’s general counsel, Valerie Caproni, were scheduled to meet with senior managers of several major companies, including Google and Facebook,… Continue

Did Somebody Just Try to Buy the British Government?

Wow, oh wow. Here’s one for your Double Plus WTF? file folder.

Tell me this is simply a case of a codger and too many single malt drinkies.

If not, this is the most delicious one…

WASHINGTON — Central Intelligence Agency officials will not face criminal charges for the destruction of dozens of videotapes depicting the brutal interrogation of terrorism suspects, the Justice Department said Tuesday.

After a closely watched investigation of nearly three years, the decision by a special federal prosecutor is the latest example of Justice Department officials’ declining to seek criminal… Continue

GlaxoSmithKline, the British drug giant, has agreed to pay $750 million to settle criminal and civil complaints that the company for years knowingly sold contaminated baby ointment and an ineffective antidepressant — the latest in a growing number of whistle-blower lawsuits that drug makers have settled with multimillion-dollar fines.

WASHINGTON — Nearly four years after the federal government began a string of investigations and criminal prosecutions against Blackwater Worldwide personnel accused of murder and other violent crimes in Iraq and Afghanistan, the cases are beginning to fall apart, burdened by a legal obstacle of the government’s own making.

In the most recent and closely watched case,… Continue

"The science is settled!" That's the slogan used by the pro-Global Warming crowd. but is it really? Below is a list of 800 papers by respected and awarded scientists that question or contradict the Man-Made Global Warming Theory (AGW). The science is NOT settled... This list was compiled by Andrew over at PopularTechnology.net. This is worth sifting through!…

Less Prone favorited Aaron's blog post Judge Scalia’s final wish was to not be smothered with a pillow.
15 hours ago