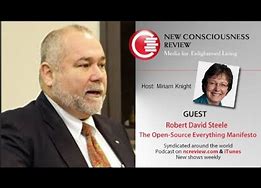 Robert David Steele’s allegations of Federal fiscal negligence is corroborated by both Mark Levin, former Inspector General under Ronald Reagan and Norman Dodd, a banking official who in 1933 was assigned by his employer, Morgan Bank, to investigate the causes of the Great Depression. As Mark Levin has testified once an appropriation form a program or bill is funded by Congress that money is issued indefinitely whether that program is still in operation or not. Levin also witnessed the printing and distribution of Saul Alinsky’s “Rules for Radicals” using taxpayer funding to solicit an ideology that is in opposition to the American way of life. Why would the taxpayer be required such an abomination? 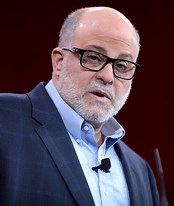 Norman Dodd, after a year of probing the underlying reasons for the Great Depression returned to his bank and manager to present his findings. Once he had made his presentation to his boss and several high level bank executives Dodd was informed by his manager that the US banking system would never function using sound banking principles again. Norman was offered a cushy job requiting him only to occupy a desk and collect his generous paycheck, but Norman Dodd had a conscience. He couldn’t understand why the nation’s banking system had perpetrated a scheme to collapse the markets, cause a financial crisis, and force American citizens to suffer all over the country. After further inquiries and demands to meet with upper ranking officials Dodd found himself black balled from the banking industry! 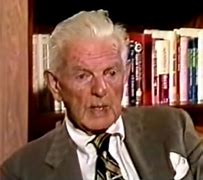 Robert David Steele approves of President Trump’s opposition to the Federal Reserve just as President Andrew Jackson did in 1848 when he abolished the European owned Central Bank that was controlling US currency at the time. As Thomas Jefferson once observed, foreign control of a nation’s banking system could be more devastating than the effects of a standing army of an enemy! Yet, in 1913 with the Woodrow Wilson support of the Revenue Act a foreign entity, the Federal Reserve, was allowed to resurrect itself and 16 years later the Stock market crash of 1929 clearly illustrated Jefferson’s point and why Andrew Jackson had chased them off the shores of America! 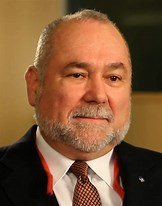 According to Robert David Steele what was the reason for bankrupting the US banking system? To destroy the Middle Class, repossess all defaulted properties at a fraction of original cost, and to firmly establish the influence of the Federal Reserve within the federal government! Just as in 2008 when the destructive cycle was repeated to allow the US banking system funded by the Federal Reserve yet another contrived scheme to crash the markets succeeded and once again the bankers absorbed another huge margin of wealth in real estate that was only a fraction of its original net worth was confiscated under the color of law.

When politicians arrive in Washington, according to Robert David Steele they are either deemed corrupt or determined to be corruptible and will be. No Senate or Congressional seat is simply awarded through election, he says. It is awarded based upon the willingness of the candidate to play ball and become part of the corrupt DC establishment! Why are so many candidates willing to take a sudden 180 degree turn once they take office? Steele says that a huge underground industry of child pornography, sex trafficking, and the use of these victims as bait to blackmail the corruptible politicians through their pedophilia is quickly filmed in hotel rooms or wherever and used to apply unrelenting pressure to force the agenda that the Deep State wants undertaken! Robert David Steele is quick to make a distinction between the Deep State and Shadow Government who really pulls the strings and even uses murder as a way of controlling major players who are needed to carry out their evil plans.

Ask yourself why illegal aliens are allowed to pour over the US border, why the drug cartel is allowed to supply a drug addiction problem in US society, why banks are allowed to oppress consumers with high interest rates and low investment gains? These policies which are obviously destructive and Democrats and leftists who support this insanity will use whatever propaganda and lies it takes to brand their opposition as racist, bigoted, and Nazi-like in order to legitimize the scourge they have imposed upon the American people! Robert David Steele, a former CIA man who is now a whistle blower, has written 7 books detailing why the CIA has hindered America in many policies and incidents!

First president to expose the enigma

In a historic possibility that now exists only because President Trump wants to right the wrongs of Washington DC and the corrupt Deep State he intends to force the Feral Reserve out of the US banking system and return the US dollar back to the gold standard rather than being a fiat currency backed by nothing while losing purchasing power all the while! This is one of the reasons that the Democrats, the left, and the US media all hate the President so much and are willing to risk exposing themselves with their perverse obsession in order to stop the corruption that has ruled on Capitol Hill for so many decades! If Donald trump wins, the people win, the future of America wins, but if we lose the bid to dissolve the stranglehold of the Federal Reserve upon the country along with the banking monopoly they have created we face the worst financial crisis ever and possibly the end of America as we know it! 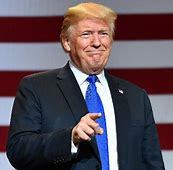 According to Robert David Steele President Trump must run for a 2nd term and can easily win in order to fulfill his agenda and his promises to the American voters! He has been hampered by staff who betrayed him, Obama appointees who refused to do their jobs, and the US media who is completely owned by the Deep State. The opportunity that the President has wisely created to unchain the US economy from the insidious grasp of the Federal Reserve and its Deep State operatives presents the greatest chance in US history to restore American prosperity and global prestige so that not only the US but the its global partners can succeed. 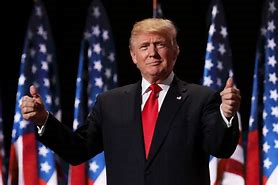 stormtruther commented on Chris of the family Masters's blog post Man who pushed SARS dud now pushing new Chinese virus
"https://patents.justia.com/patent/10130701 jim stone was linking to this when the site got taken…"
6 hours ago