Below shows a photograph of the Sandy Hook Elementary School - after the alleged crazed shooting by Adam Lanza.  We can clearly see the paper cut-outs of Santa lined-up in four windows, - there appears to be a solitary Santa paper cut-out on the 'fifth' window next to the other four, - yet there clearly is no damage or sign of a shooting as seen in the photo the worlds media showed, which shown underneath this first photo.

This what the worlds media showed us.

Same shot as the first photo shown above - zoomed 500% - no gun-shot hole can be seen in the window.

In this next photo, which is the same as the second photo seen above though showing you the full shot of the windows; you can clearly the very same windows, yet out of the main four windows with the paper cut-outs of Santa's, we can see the second from the left has now been shot at and damaged - with the paper cut-outs of Santa now in the background of the window that seems to have been opened.

Why at this stage of the shooting would the window have been shot through and then opened before forensic and ballistic tests were made? 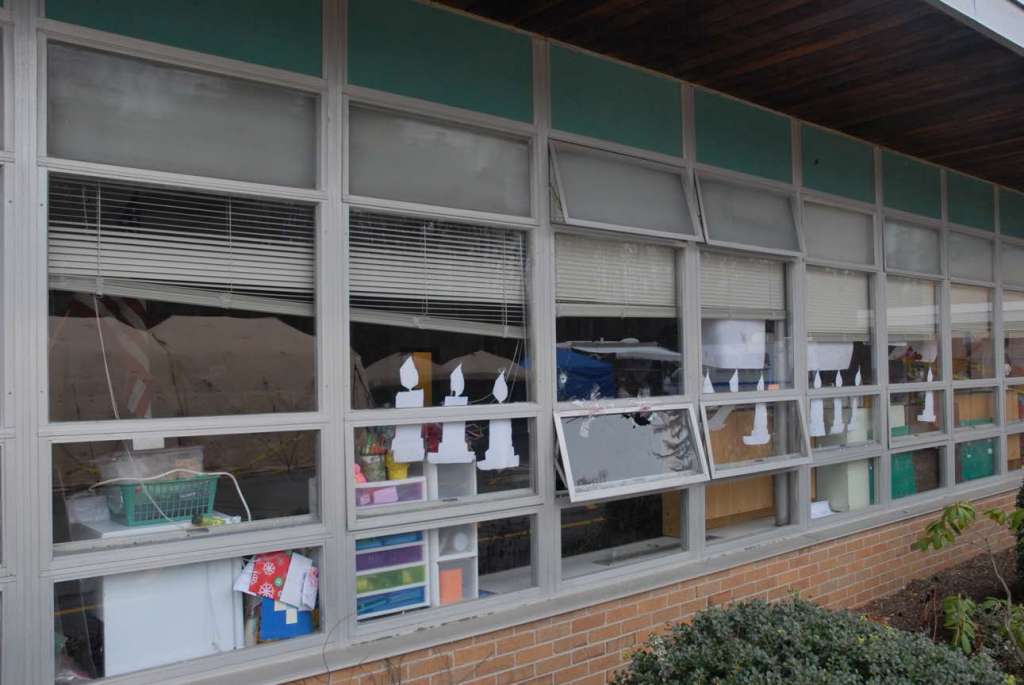 In fact the the last window starting from the one on the left hand side of the window that shows a gunshot hole, you can see the blind have been raised on it.

These photos alone are 1000% proof that the shot fired through the window could not have occurred during the alleged shooting and must have taken place after the alleged massacre!

The One replied to The One's discussion USA Alíen UN Invasión? (They will be come Main Witnesses lol!)
"Friday Night Radio Wolf 1,609.3kz, in the plate: "Get Here" from Oleta  Adams &…"
2 hours ago

Phyllis Maka commented on Phyllis Maka's blog post WHAT GOES AROUND COMES AROUND
"That's why these 'white coats' have to physically force their poison in you, with or…"
4 hours ago

Chris of the family Masters commented on Phyllis Maka's blog post WHAT GOES AROUND COMES AROUND
"I just learned in Chinese and Ayurvedic Indian medicine there was no concept on contagion...."
4 hours ago