Body: HELLO? THE ELITE ARE USING US TO PROMOTE THE FEAR
AND HYPE UP THEIR PROPAGANDA @ LEAST TELL PEOPLE **ALL**
THE FACTS ~ WORD

When I hear of "flu outbreaks" like this, I like to remind myself how many people die each year from the flu virus.
This is from the CDC website:

"About 36,000 Americans die on average per year
from the complications of flu.
"

That's an average of around 100 people per day. If you published that statistic, you could call it a pandemic...

How does CDC monitor the progress of the flu season?

CDC collects data year-round and reports on influenza (flu) activity in the United States each week from October through May. These reports are available at www.cdc.gov/flu/weekly/fluactivity.htm.


•Laboratory-based viral surveillance, which tracks the number and percentage of influenza-positive tests from laboratories across the country;

•Mortality surveillance as reported through the 122 Cities Mortality Reporting System, which tracks the percentage of deaths reported to be caused by pneumonia and influenza in 122 cities in the United States;

•State and territorial epidemiologist reports of influenza activity, which indicates the number of states affected by flu and the degree to which they are affected;

•Influenza-associated pediatric mortality as reported through the Nationally Notifiable Disease Surveillance System, which tracks the number of deaths in children with laboratory confirmed influenza infection; and

•Influenza-associated pediatric hospitalizations as reported through the Emerging Infections Programs in 9 sites which tracks the number of children reported hospitalized for flu-related complications; and

•Influenza-associated pediatric hospitalization as reported through the New Vaccine Surveillance Network in 3 sites, which also tracks the number of children reported hospitalized for flu-related complications.


For more information about CDC's influenza surveillance activities, see the Overview of Influenza Surveillance in the United States. 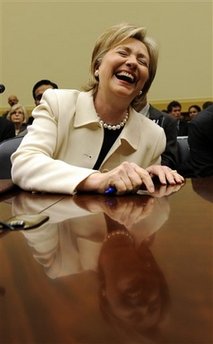 Chris of the family Masters posted discussions
12 minutes ago

Chris of the family Masters commented on Doc Vega's blog post Imprinting: When Humans Become the Blueprint for Animals in the Wild
"Thanks Doc. You've got a knack for story telling..."
15 minutes ago

Chris of the family Masters favorited Doc Vega's blog post Imprinting: When Humans Become the Blueprint for Animals in the Wild
16 minutes ago

Doc Vega commented on Doc Vega's blog post Imprinting: When Humans Become the Blueprint for Animals in the Wild
"James, thanks Buddy. Glad I made someone's day."
45 minutes ago

Doc Vega commented on Phyllis Maka's blog post Kenya Installs The First Solar Plant That Transforms Ocean Water Into Drinking Water February 23, 2020
"They attempted that on the island Oahu. Only they were using the incineration of trash for energy…"
48 minutes ago

Doc Vega commented on James Roberts's status
"Hey man, I don't understand. You mean tell her about how she screamed and then piss her off…"
55 minutes ago

Phyllis Maka commented on Phyllis Maka's blog post No Title
"From what I have read about it (Chlorine dioxide) it is not harmful for humans, where the others…"
2 hours ago

"I say - Go where your Brethren ended their journey, because that is where you find the ties that…"
2 hours ago

"How can you blame them? She's probably not even trans. [/sarcasm]"
3 hours ago

James Roberts commented on stormtruther's blog post The world gets dumber by the day.  Morrisons Supermarkets to the fore. (Panadol?)
"Idiocracy -"
3 hours ago

James Roberts favorited stormtruther's blog post The world gets dumber by the day.  Morrisons Supermarkets to the fore. (Panadol?)
3 hours ago

James Roberts commented on Phyllis Maka's blog post No Title
"Yes, so would a lot of chemicals that are toxic to us as well. We ingest entirely too much…"
3 hours ago