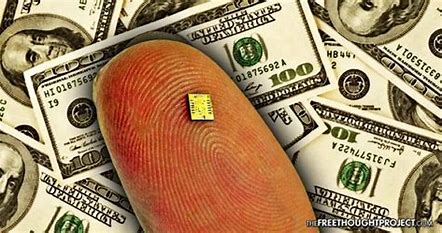 Civilization as we know it was developed through economic cooperation and sufficiency based upon a currency based prosperity. Banks created as financial institutions stored whatever was considered to be of value or what represented wealth for safe keeping of the owners. Whether it was a special sea shell that was exchanged as currency or gold and silver from ancient times forward the ability to be compensated for goods and services was achieved through the conveyance of an asset or rare metal that due to its scarcity was assigned value. In the modern world though, the existence of material of value such as gold, silver, palladium, or diamonds have been completely bypassed by credit or electronic currency. Having been prophesied in the Bible just as a oppressive world government destined to rise up so will a cashless society. In China, currency is gone and now facial recognition is used through smart software to identify the purchaser and extract payment from their bank account electronically. 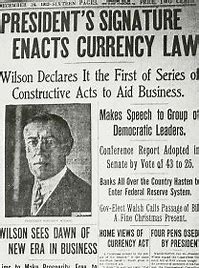 Loans and lines of credit extended by banks and merchants were the first signs of financial alternatives to coins, precious stones or metals being used exclusively to satisfy debts. Just decades ago the credit card became the convenient form of commerce. But, too we saw nations developing deficit spending as a way of being able to spend in excess of the revenue they brought in from taxes and government backed exchanges such as bonds or Treasury Bills. FDR used deficit spending in earnest during the Great Depression to stimulate the stagnant US economy and create jobs while building public infrastructure such as dams, highways, and national parks. It all seemed like an answer to governments being able to increase their buying power without being held back by the limitations of responsible debt management. However, government debt devalues the buying power of currency! 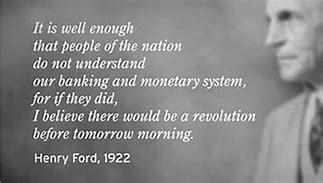 Unfortunately, for America President Woodrow Wilson had signed the Revenue Act of 1913 and once again after 75 years of America's banking system being in the hands of Americans and the national network of independent and interstate banks being domestically held now a cartel of elite European families controlled the nation's monetary policy. The guaranteed stability and currency supply promised brought instead the 1929 the stock market crash followed by a world wide depression. The ownership of any property with a deed or lien against it was confiscated! Now the banks presided over not only fiscal matters but had absorbed untold amounts of wealth from the pockets of those unemployed and unable to meet their financial obligations as investors lost all equity in collapsing markets. 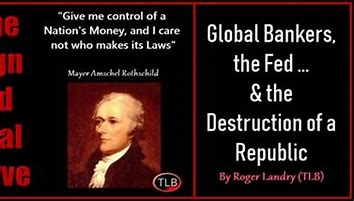 As Norman Dodd was once informed by his Morgan Bank Manager after conducting a year long investigation into the causes of the Great Depression, proper sound banking primciples would never exist again. America had been intentionally bankrupted and now the population would be assigned a stock exchange identification as a source of income that the US government would tax in order to pay a debt that emerged from a Federal Reserve that planned the financial collapse of the US and would hold taxpayers as collateral for that debt! The US Dollar was now reduced to nothing but an instrument of debt worth nothing as it had morphed into fiat currency.

Nations the world over grew by spending beyond their own means through adopting credit generated by the Federal Reserve using their own citizens as cash cows to pay for their fiscal mismanagement just as here in America where Congress simply votes on a budget and the US Treasury ratifies that amount by using credit created from the computers of the Federal Reserve to fund federal government operations while taxpayers are enslaved by coercion by the IRS, the terrorist collection arm of the Federal Reserve. Simply a tax of enslavement. President Ronald Reagan proved in 1986 through the Grace Commission that the IRS revenue confiscated from the America public had no relation to the amount of debt that Congress voted on each year to supply the federal government with its enormous appetite for debt! 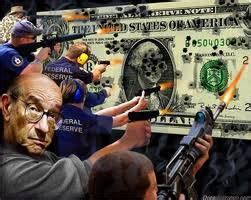 Trillions of dollars in federal debt have been rung up thanks to the falsely perpetrated corona virus pandemic to compensate stay at home job losses not to mention the out of control spending of the Democrats who will buy votes through greater and greater deficits resulting from the huge welfare state they have created! As a matter of fact, Congress voted themselves 75 million in Covid 19 compensation to line the pockets of the wealthy lawyers and businessmen in the House of Representatives as many US citizens are jobless and desperate! America is in unrecoverable death spiral of deficit that will end up crashing the buying power of the FRN (Federal Reserve Note) it is only a matter of time! There are not enough taxes or self restraint by lawmakers on Capitol Hill or in the Blue States to balance a budget!

Foreign threats to US markets

China has become a major competitor of the United States by virtue of buying US debt for exchange of US Treasury Bills to the tune of 850 billion while being allowed to continue huge trade deficits over US goods as America buys from China while US products are discouraged on Beijing retail shelves. America is being sold off to foreign debtors while the Federal Reserve makes millions every minute of the day on interest charged to the US government for credit lent to the US Treasury that came from Federal Reserve computers printed up on worthless water marked paper! This While countries like North Korea circulate hundreds of millions in US counterfeit currency. America has been betrayed by foreign bankers and its Asian trading partners thanks to the greed of our own politicians and bankers.

What have the world's governments built their dynasties from? Nothing but the illusion of asset backed currency represented by credit issued from nothing! While the people of the world are taxed for the privilege of out of control government spending. The day will come soon when anyone with cash not participating in the chip ID retail system will be locked out of the loop! Your personal credit account will be subject to search and seizure by the government as it is now only there will be no cash shelter from confiscation as your stored FRN's. They will be worthless. The truth has been hidden for too long it has been labeled as a conspiracy theory and many people simply refuse to believe it as it is much easier to behave like cattle and be corralled with the rest! This, as a day of reckoning draws nearer! 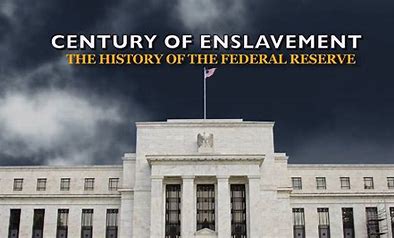 "In other news, this happens everyday in the US and the (((MSM))) is totally silent about…"
5 hours ago