THIS WAS SENT TO WHITE HOUSE EMAIL ADDRESSES AND REJECTED... 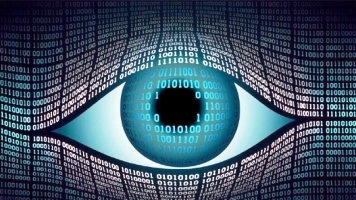 The groups and members that abandoned the MAGA Make America Great Again effort have shown not only their lack of intestinal fortitude, personal interests versus the common goal and most importantly, their loss of loyalty to fellow Americans by bailing out before the facts of the Programmed and Faked Charlotte Calamity were exposed. They are an embarrassment and should be ashamed. Best bid them a Fond Farewell and get on with this very doable program by opening the forum and system to Ready, Able, and Willing Americans.

Despite tariff disputes, the magic key to this system is “MADE IN AMERICA.”

It is actually a simple system to understand which is why most would never grasp it. The instigators (let’s agree to label them as such rather than get into political name calling) go all out with advertising (Media Mis-usage) gobs of money and paid ‘Fronts’ to keep factories relocating. It stands to reason when one looks into time.

Past time and present time:

A little background may help to enlighten all and sundry.

We grew up in the Midwest, near and in the industrial heartland of steel mills, TV and electronic factories, household manufactures, clothing companies, the whole gamut encompassing the then available workforce. The then Viet Nam Conflict (War) had rewarded the country with demand and jobs and pushed the Dow towards 1,000 (A staggering record based on output rather than FED-Feeding). That is when it started; we may even capture a precise date depending on wasted research time. Industry woke up to taxes that had been slipped in with unworkable Work Rules. To start a company at that time was to be foolish – so we were told. We agreed to be foolish and gave the telephone company a $100 bill as a deposit for a second line in the house and turned the first company into Eight companies. The families that had made, started, and expanded those old fashion industries had visions of their offspring continuing the dynasty. Most were not interested and went about the world of care less! Example, the son of Peter Grace W.R. Grace Company, decided to be an architect against Peter’s wish for an executive level placement. Therefore, they hired the outside help and plenty was available in the management pool pushed out of the top schools. However, they had to perform and do so against the competitors. A graduate of Wharton didn’t take long to figure the numbers – Offshore little or no tax and No Audit required!

We once had a request for Body powder, Amen’s, if I remember correctly, from Bristol Myers, a now merged away name. We got the export quoted price from the Indiana factory and then the New York office reduced that price. After we began shipping it to Liberia, we got a call from their Brussels office and that Export Executive informed that the price was even lower if we sent him the Bill of Lading proving it went ‘Offshore’ (Read as Off Balance Sheet) – Off the taxable books with fine company – Ben and Jerry’s,. Apple, etc. Perhaps some of your former MAGA characters, as well!

What we are saying is that Taxes and Union costs spurred the exodus, as well as Greed did by forcing the managers to better the profits or risk a Takeover of the beloved company or to assist in soliciting a merger!

That time is Past, but we peek back again to make our case for Made in America.

Perhaps you remember that Fan, most likely a table model that blew a constant oscillating breeze in the hot summer months or even blew out the smoke when Mom complained about Dads cigar. Well if you recall, it was there from the first day you were old enough to know what it was and remained  there until you left home for college or whatever. There it was, blowing away with USA and UL (Underwriters Lab) stamped underneath, quality envied around the world. Even when you came back for the summer break, there it was, maybe with a slight buzzing until Ed down the block cleaned it out, or Dad had turned it off to stop his cigar burning too fast!

Now, you need a fan and the soon closing store has just the same tabletop model, except it is mostly plastic with Space Age design and what is stamped under; yep, Made in China or wherever. However, the key here is its lifespan, yes, before it binds up in the motor and goes to the old fan graveyard. Perhaps if you are lucky, One Summer Season. That is the expected lifetime. Nevertheless, to be generous we grant it that year as now old Ed down the block will suggest cleaning out the dust and let it go on Wobbling. We put a price on it as $39.99 and we must spend that amount, later increased by inflation, for say Five Years. That means we will make up to five trips to the store to buy the first one and its later models, and we would spend up to $200 in the period.

Instead, our states, using the State Banks concept (Thank you Ellen Brown), Grants from  government; we have had enough of government Loans such as Student and mortgage loans – thank you very much, far better If you approve finance to reopen an area factory that takes the old Tool and Die model that used to be on Moms living room table and adjusting for the more modern design and material, the Made in America Fan is produced for around $50 (Est), and then Forgetting about taxes for just a moment, we have employment instead of over 95 Million Jobless and we have quality something the Chinese do not readily offer. In fact they have several classifications when one visits their factory. Often one picks the better or best on and what arrives is the lesser. What else could be expected from Recycled materials? Putting a tariff on steel will actually cut down the export of our scrap. American steel mills use a percentage formula for iron ore; coke and part scrap to produce. For export China uses a high percentage of scrap; just hammer one of the nails and see that not only their minds are Bent.

With you consent the DARPA and NASA technical developments could ignite new and improved products to be produced sending America ahead of the competitors.

The New Advisory Board should have innovators and new entrepreneurs on it from the many states; most of the previous group are most likely on their private islands and not welcome to come back.

It really is that Simple. The new entrepreneurs work with industrial product designers and engineers to upgrade the products. Investors put in some additional capital, the workers come out of the tunnel or bridge that they were residing under, and then production meets the real demand, with a Guaranteed Product as the old system had. Here come the new industrialists, despite the Bailed-In banks not giving loans, reintroducing Made in America; kitchen Juicers, mixers, vacuum cleaners, power tools, perhaps Smarter Phones that do not have Chinese exploding batteries made by prisoners, shoes and jackets fashioned from the cattle hides we shipped to the Far East and now again need right here. Clothing made again from our Texas cotton, not plastic Fad Duds as designer copies. Even Bowling Balls that had rolled up to Canada where the US Dollars are printed. All of these and more, this time built to last, because these new entrepreneurs understand what it takes to stay in business, quality rather than built-in obsolesce and Tax Avoidance. Americans are not as dumb as some allege. We know the difference between quality and price savings when shown this equation. If you were contemplating more renovation at the White House, would you rather have a Made in America Black and Decker type power drill of one from the Jin Seng Factory?  Imagine that and the Europeans and others start right then, ordering for export, however, there will be no Brussels price reduction.

Now it is reversed – Americans working again and by Americans we quote a past President:

We need you Mr. President to do what you said. MAGA!