They won't, of course. They cheered him on once, when he bombed Syria, but they didn't realize yet that he is with them. I think Kavanaugh was all theater. Look how it turned out. He went straight to the liberal side on abortion. Maybe Mueller is theater too. What problem can the left and the globalists have with Trump now? He's doing everything they want. USMCA, 1 billion for a FENCE, not a wall. Back to supporting "moderate rebels" to overthrow Assad (yes, not joking). And so on.

And regarding everything he hasn't promised, but should do (tech censorship, etc.), there will be no action. What good is he to his supporters?! He's only good for ISRAEL and JEWS. Obama ignored it when federal judges said he couldn't do something. But Trump rolls over whenever any judge says he can't. It's very convenient, way too convenient for me. Everything makes sense if everything Campaign Trump said is a lie. Nothing makes sense otherwise. What is he doing, biding his time? He is a TRAITOR. And, by the way, Q is a psy op for the mentally retarded. 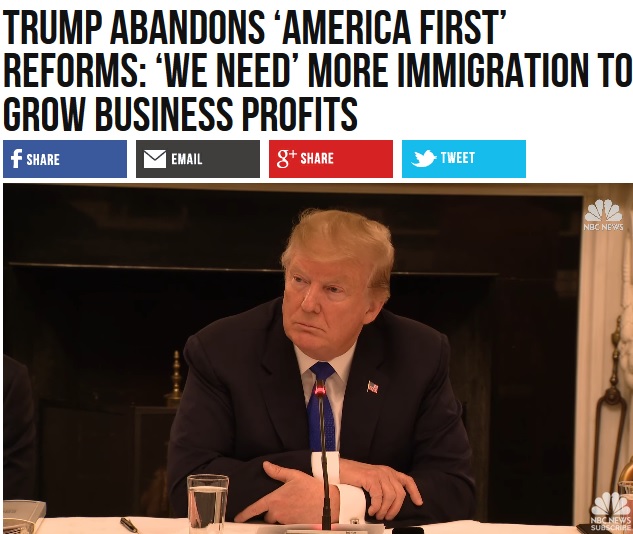 If Trump was lying about everything, from the beginning, wouldn't that fit the stereotype of a Jewish plot? As when the bankers came out publicly against the Federal Reserve act, when they were behind it? Or the double- and triple-crosses detailed in The 13th Tribe, or The Prince ("Let us pretend to be enemies in public, and be friends in secret")?

The 13th Tribe by Arthur Koestler

The Prince by Niccolo Machiavelli

Chris of the family Masters posted discussions
11 minutes ago

Daily Con replied to Daily Con's discussion MUST SEE: OPERATION VECTOR EXPOSED!! THIS IS WHY THE COMING VACCINE ROLLOUT MUST BE REJECTED!!!
"Agreed we are the virus in the NWO abominable imagination. Yes they believe it’s time to…"
4 hours ago

Daily Con commented on Daily Con's blog post Can Denial Of Justice Be Obstructing Justice?!
"Thanks Chris I used Black’s Law because of it’s connection. ;) What’s yur…"
4 hours ago

Patrick C Conway replied to Daily Con's discussion MUST SEE: OPERATION VECTOR EXPOSED!! THIS IS WHY THE COMING VACCINE ROLLOUT MUST BE REJECTED!!!
"Actually, the NWO sees us as the virus and the vaccine is the fix for that.  It really is…"
4 hours ago

Daily Con replied to Chris of the family Masters's discussion Makow- The Social Contract is Broken
"Bolsheviks a creation of the International Bankster. And now the modern day Bolsheviks have…"
4 hours ago

Chris of the family Masters commented on Daily Con's blog post Can Denial Of Justice Be Obstructing Justice?!
"Start checking meaning of words/terms against good law dictionary. You'll be amazed...."
4 hours ago

Daily Con favorited Freedomrox's blog post Vaccine INSERTS for every vaccination in the US. Drs. should be hungthat read and still inject!!!
4 hours ago

Chris of the family Masters favorited Daily Con's blog post Can Denial Of Justice Be Obstructing Justice?!
4 hours ago

Daily Con replied to Daily Con's discussion MUST SEE: OPERATION VECTOR EXPOSED!! THIS IS WHY THE COMING VACCINE ROLLOUT MUST BE REJECTED!!!
"Maintain humanity under 500,000,000 in perpetual balance with nature Eugenics written in stone in…"
5 hours ago