Australian bushfires show why the ABC must be obliterated

Australian bushfires show why the ABC must be obliterated 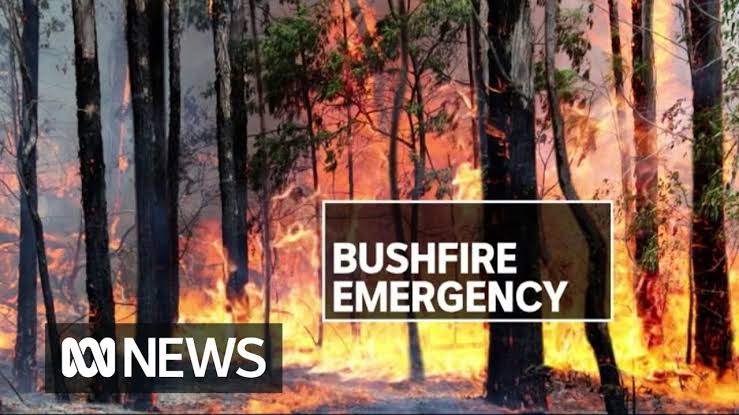 
It’s one hell of a racket.

You create a fake crisis regarding so-called “climate change“. You use this “climate emergency” to lock up national parks as so-called “carbon sinks” and let the fire trails go derelict to make sure nobody gets in, prosecute people for creating fire breaks on their own land and even for picking up wood off the side of the road, destroy the forestry industryand ban the alpine grazing of cattle.

Despite the recommendation of a royal commission, you make it difficult for your state to reach the bare minimum level of hazard reduction burns that have been set, and you ensure that you cannot be held to account for it.

These policies among others combine to generate an extremely dangerous fuel load in the Australian bush. When high temperatures and strong winds make the conditions irresistible to seemingly every firebug in the country, the Australian bush explodes and people die by the dozen.

You then use your stranglehold over the mainstream media to repeat the lie over and over again that the catastrophe, caused by policies implemented in the name of mitigating fake climate change, actually proves that climate change is real.

The proposed solution is essentially to intensify the policies which caused the disaster in the first place, and to reduce so-called “carbon emissions” to zero, code for closing down every coal and gas fired power plant and ending all coal and gas mining.

"I wish you wuz my neighbor. Salute to who ever this farmer is,this just makes my mouth water. Here…"
2 hours ago

Guardian of Scotland commented on Phyllis Maka's blog post Jim Stone - STOP EATING PORK RIGHT NOW, AND DON'T EAT IT EVER AGAIN
"If this is true then many people in America will suffer. Many cultures have eaten pork all of their…"
2 hours ago

Central Scrutinizer favorited Doc Vega's blog post Step Back in Time: An Interview with General Flynn by John B. Wells
3 hours ago

STOP EATING PORK RIGHT NOW, AND DON'T EAT IT EVER AGAINInsider info: It is part of the plan to take…See More
5 hours ago
1 Comment 0 Favorites

GiovanniRosario updated their profile
7 hours ago

"Stormtruth, you would have done a fantastic job in the Name caller role for that ad. You must have…"
8 hours ago