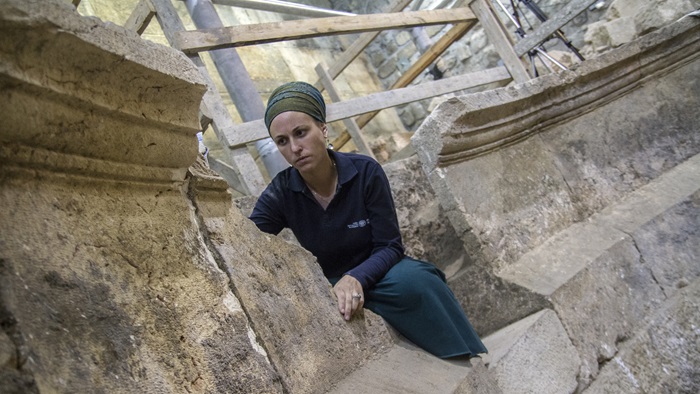 Each year, on an almost daily basis, archaeological discoveries help us better understand the Bible and affirm its details about people, events, and culture.

Below are the top excavation findings reported in 2017 which have increased our knowledge of the biblical world and the early history of Christianity.

A theater and bath house complex discovered at Hippos/Sussita, overlooking the Sea of Galilee, was part of a pagan cult site. As part of the Decapolis—the pagan Roman cities mentioned in the gospels—Hippos/Sussita was not a focus of Jesus’ ministry, but many of its people were likely a part of his audiences (Matthew 4:25). The existence of this cultic center was first suggested by the discovery of a mask of the Roman god Pan in 2015.

Mosaic inscriptions found in the remains of churches excavated at the site of Byzantine villages in the Galilee give new evidence for the spread of Christianity in the region after the religion’s formal adoption by the Byzantine Empire in A.D. 380. The mosaics date to the fourth and fifth centuries. One includes the mention of a woman who was a donor to the church construction—clear evidence for the prominent role of women in the history of the early church. Then just last week, the discovery of another was announced, drawing more attention to how Christianity spread.

Recent excavations at Caesarea Maritima found the base of an altar that stood near the entrance of a temple dedicated to Augustus Caesar that was built by King Herod. The historian Josephus reported that the temple, built high to overlook the harbor, contained a gigantic statue of Augustus and a statue of Roma. Beneath the level of the altar, archaeologists found two large halls and the remains of a large staircase similar in construction to the architecture around the Temple Mount in Jerusalem. A church was later built on the site of the temple during the Byzantine period. (Archaeologists are re-excavating the entrance area to Caesarea as part of a large renovation to make it into a much larger attraction, including the restoration of its 2,000-year-old synagogue.)

Ten years of archaeology at Tel Gezer wrapped up in 2017. Archaeologists Steven Ortiz of Southwestern Baptist Seminary and Sam Wolff of the Israel Antiquities Authority (IAA) reported a clear sequence of occupations and destructions dating from the time of the Egyptian pharaoh Merneptah (13th century B.C.) to the Assyrian conquest (eighth century B.C.). The Merneptah destruction affirms the inscription on the Merneptah stele in the Cairo Museum, which states: “Gezer has been captured; Yano’am is made non-existent. Israel is laid waste and his seed is not.” Another destruction level corresponds to the biblical account of a pharaoh who captured the city and gave it as dowry for his daughter, who became one of King Solomon’s wives (1 Kings 9:16).

""Swerved to miss a bat madam but got it, now when's the ambulance coming with my mask and…"
26 minutes ago

"check out the smile"
8 hours ago

"That’s the new uniform for the Secret Service LOL."
8 hours ago

Mr. Sizzle commented on Doc Vega's blog post The Inevitable Singularity Coming to Your Reality!
"Doc, I don’t think Chris was being dismissive or anything he was just saying this advanced…"
8 hours ago

Doc Vega commented on Doc Vega's blog post The Inevitable Singularity Coming to Your Reality!
"Chris of the Family Masters are you actually dismissing my findings thinking that I'm here…"
9 hours ago