Many don't know of Cathy O'Brien's true life horror story or book; TRANCE-Formation of America, and some of those who have, have tried to ridicule her by saying; "...all this MK-ultra bullshit, brain inplants and micro chip kind of bollocks!"  Yet you only have to visit the brainmaping website and other links I've supplied below, and you'd be surprised what we can do 'openly', so imagine what's been achieved in secret?

No, I will not start raving on about cloning, and that if we have pefectly formed cloned sheep, cows, pigs and whatever it is they have cloned running about the fields.  Then don't tell me there isn't any little cloned human being buggers running about the place either, - or should I say locked up and confined?  Have many of our world leaders and other very famous or influential people been cloned and replaced by their own clone?

Anyway here's an extract from Trapped in a Masonic World; Bohemian Grove is 75 miles north of San Francisco in California, near the hamlet of Monte Rio alongside the Russian River in Sonoma County. - Cathy O’Brien mentions Bohemian Grove, - to those of you who haven’t yet heard of Cathy O’Brien, she is a women who was mind controlled as a young child via the MKULTRA Project, and who has since spoken-out after escaping from a US government sex slavery syndicate.  Cathleen Ann O’Brien was born in 1957 in Muskegon, Michigan.  Her father Earl O’Brien was a prolific paedophile and one of Cathy’s first memories was being unable to breathe because his penis was in her mouth. [2]

Such trauma automatically triggers Multiple Personality Disorder [MPD], because the young child’s mind wishes to shutout such horrifying experiences.  Her father’s friends were also allowed to abuse and rape the young Cathy, and her brothers, just as her father and mother had been abused when they too were children.  Her mother was sexually abused by Cathy’s grandfather, a leader of a Masonic Blue Lodge.  She was taken through long and painful deprogramming sessions lasting more than a year which dismantled compartments in her mind and allowed her to remember what happened to her - and who did it.   She co-authored a book called; TRANCE-Formation of America which was originally written in graphic detail for the USA’s House of Representatives; Permanent Select Committee on Intelligence Oversight in 1995.   In it, she amazingly accuses world leaders such as George W Bush, Bill and Hillary Clinton as being among those of her abusers, and decided to write the book some years after Mark Phillips rescued her daughter Kelly and her from the White House/Pentagon level MK-Ultra mind control victimisation ring. [2]

To most people who have lived rather a sheltered life, might feel inclined to look upon Cathy’s story [or even mine!] and her version of events with suspicion, and in some respects, which I’ve said before, this is a healthy attitude. - What you’re about to read is quite mind blowing, and the old saying that “fact is stranger than fiction” certainly rings true here.  Like most of the subjects I cover in this book, they’re controversial, thought provoking and hopefully challenging, that you’ll need to open your mind and think outside the box to be able to fully appreciate and understand the revelations that are being presented to you, and once you’ve done so, you’ll be armed with a kind of ‘insider knowledge’, as its unlikely your come across this kind of information in your average kind of books, - and if you could, you’re most probably have had to of read in excess of a hundred books in order to be able to read, collate and process such a broad volume of gathered facts and data.  What I am writing, I hope will educate you and help empower you, you will now be able to look upon our so called world leaders, those “pillars of society” and their brown tongued lackeys in a different light, you’re be able to clearly see them for the bunch of evil men and women they really are, and realise only you can get to grips with your life, as none of these bastards give one iota for you, you’re family or anyone one of us in this manmade and controlled corrupt Masonic world we’re presently trapped in.

Cathy O’Brien had previously been stopped from presenting her compiled eyewitness testimonies, supporting medical documents and hard evidence to all local, state and federal legal bodies for so-called “reasons of National Security”.  Despite already going to the police, which are all virtually linked, influenced and controlled by the Freemasons–to give you an idea see photo section of police badge symbols.  Now bearing in mind my own experiences with the police officer admitting to being able to plant fingerprints on an object someone hasn’t touched before, and when I was granted Nolle prosequi - immunity, so as to silence me; “in the public interest...”, so I wouldn’t hinder the Crown Prosecution Service’s cases against the many IRA trials that were going through appeal courts at around the same time as my case.  So this kind of tactic Cathy O’Brien is saying in respect to her being silenced for “reasons of National Security”, is not as farfetched of an occurrence to have happened to her, and which no doubt many of her critics have either raised, or suggested this is perhaps the case.  Hopefully, with what I have so far presented in this book, it will perhaps help allow you to free your mind, and accept Cathy’s story as an honest account as to what she really experienced and went through. – Once it became clear that she would not be able to address the Congressional Committee, TRANCE Formation of America was written and published by her and others, then released en masse and which has and still is being read by people all around the world today. [2][2a][3]

Her first book has been followed up by another book titled: ACCESS DENIED which was written to explain certain details that were included in TRANCE. - With Cathy’s, Mark’s and Kelly’s, [her daughter] lives and liberty on the line, TRANCE was hurriedly condensed from courtroom testimony into a book form, and privately published by the authors in September 1995. - While TRANCE has become known worldwide in many licensed translations as one of the most successful US government whistleblowers book ever written, it was never intended for the public who had no reference for understanding mind control, nor was it to be considered a book.  Rather it is what it is, - a true and to date uncontested document for the US Congressional Permanent Select Committee on Intelligence Oversight.

TRANCE is Cathy O’Brien’s, documented testimony she provided to US courts, US Congress, and the United Nations Commission on Human Rights Abuses of her existence as a CIA Project MKULTRA mind control slave. - ACCESS DENIED - For Reasons of National Security is the rest of their true life’s story, which required 16 years for the authors to survive and 3 years for them to write.  This book was written for everyone and especially for the thousands who have read TRANCE and were left to imagine pertinent details that could not be included.  1. How did Cathy recover from being tortured out of her mind until age 30, when intelligence insider Mark Phillips triggered and rescued her and her daughter Kelly away from their CIA operative handler?  2. What are the documented details of how Mark & Cathy survived the state and federal and Congressional judicial gristmill, aptly called the criminal justice system.  3. Last but not least, what are the facts as to how Mark & Cathy were able to survive long enough to globally expose the criminal acts of some of the most politically powerful people who are still in control of our planet to this very day? [2a][3]

Here is just a tiny part of what she says about where she was taken and regularly abused, and among those places is Bohemian Grove where; - “...they were forced to serve the perversions of their abusers”. These include satanic rituals, torture, child sacrifices and blood drinking, all in which take place on the exclusive 2,700 acre estate in among the redwood trees.  She says; Slaves of advancing age or with failed programming were used as sacrifices, I knew it was only a matter of time until it would be me... - ...the Grove has a number of rooms for different perversions including a Dark Room, a Leather Room, a Necrophilia Room, and one known as the Underground Lounge, spelt as U.N.derground on the sign.

Robed men at Bohemian Grove stand alongside a large fire worshipping a 40 foot stone owl.  The owl is the symbol of Moloch or Molech, an aspect of Nimrod/Baal.  Moloch, demands the sacrifice of children and it was to this deity that the children of the Babylonians, Hebrews, Canaanites, Phoenicians and Carthaginians were sacrificially burned.  This picture provided visual support for the claims over many years that “Druid rituals” were being performed at the Grove with people in red robes marching in procession chanting to the Great Owl - Moloch.  The Romans called the owl by the same word that meant witch.  The Greeks said, the owl was sacred to Athene, the ancient Mesopotamian Eye Goddess and her staring owl-like images have been found throughout the Middle East.  The owl was also the totem of Lilith, the symbol of the bloodline genes passed on through the female, and other versions of the triple goddess of the Moon. [2][3][4]

Anyone into mind link technology, then this guy here has done bundles of research on it, and will worth a butchers-hook; 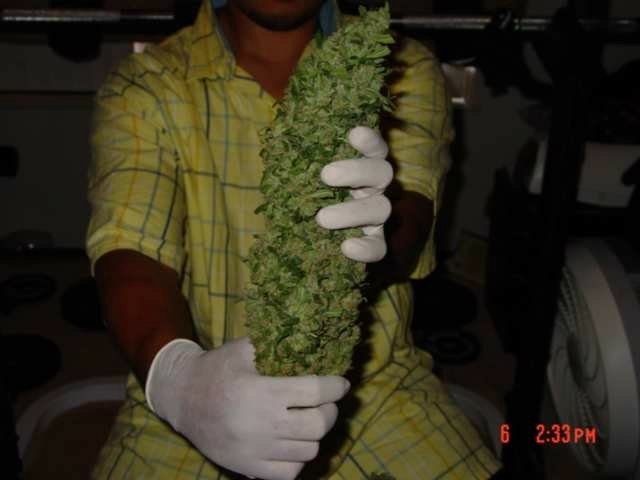 this is paradise compared to the real hell Holly00d ... it seems like hell sometimes but you can still find beauty here if you look for it.. There are no daffodils in hell

nobody listen to Cory  ..  it only shows how many sick perverted people are brainwashing us if we let them

i hate these people i hope hell is horrible! i know you don't believe in hell trapped but don't cha hope there is a hell sometimes for these luciferians who worship satan.. i didn't read the article yet trapped the video was disturbing enough

I just read that blog! Mind blowing is right! The first time I saw a vid about those twins I could not believe what I saw! Very disturbing.

Thanks Sweetina, you must see my blog about Sabina Eriksson, - it's quite mind blowing, - do be careful, as some of the material is horrific and disturbing.

My stars.  Their diabolical deeds know no bounds.  Thank you!  Good article.

"Indeed, saw the vid, was funny as shit. Too bad someone couldn't have brought a marble bust…"
54 minutes ago