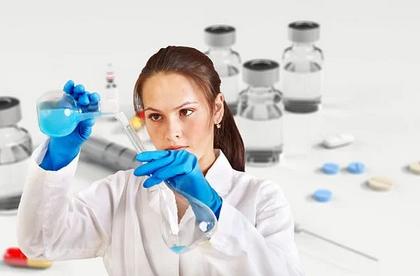 The Bulgarian Pathology Association published a paper concluding that PCR tests are meaningless as a diagnostic tool for SARS-CoV-2, yet these are the tests used to determine case numbers and death statistics to justify lockdowns, masks, social distancing, contact tracing, and more. Kary Mullis, the inventor of the Polymerase Chain Reaction (PCR) technology, said PCR as inappropriate to detect a viral infection. Furthermore, researchers have failed to prove that the virus is even a novel virus, meaning it could be any one or a group of virusus that have been harmlessly circulating for decades. [The significance of this is that the government mandate to” test-test-test” has only one purpose, and it is not to detect COVID-19. It is to produce statistics for a bogus second wave.] -GEG

Lockdowns and hygienic measures around the world are based on numbers of cases and mortality rates created by the so-called SARS-CoV-2 RT-PCR tests used to identify “positive” patients, whereby “positive” is usually equated with “infected.”

But looking closely at the facts, the conclusion is that these PCR tests are meaningless as a diagnostic tool to determine an alleged infection by a supposedly new virus called SARS-CoV-2.

At the media briefing on COVID-19 on March 16, 2020, the WHO Director General Dr Tedros Adhanom Ghebreyesus said:

We have a simple message for all countries: test, test, test.”

The message was spread through headlines around the world, for instance by Reuters and the BBC.

Still on the 3 of May, the moderator of the heute journal — one of the most important news magazines on German television— was passing the mantra of the corona dogma on to his audience with the admonishing words:

Test, test, test—that is the credo at the moment, and it is the only way to really understand how much the coronavirus is spreading.”

This indicates that the belief in the validity of the PCR tests is so strong that it equals a religion that tolerates virtually no contradiction.

But it is well known that religions are about faith and not about scientific facts. And as Walter Lippmann, the two-time Pulitzer Prize winner and perhaps the most influential journalist of the 20th century said: “Where all think alike, no one thinks very much.”

So to start, it is very remarkable that Kary Mullis himself, the inventor of the Polymerase Chain Reaction (PCR) technology, did not think alike. His invention got him the Nobel prize in chemistry in 1993.

Unfortunately, Mullis passed away last year at the age of 74, but there is no doubt that the biochemist regarded the PCR as inappropriate to detect a viral infection.

The reason is that the intended use of the PCR was, and still is, to apply it as a manufacturing technique, being able to replicate DNA sequences millions and billions of times, and not as a diagnostic tool to detect viruses.

How declaring virus pandemics based on PCR tests can end in disaster was described by Gina Kolata in her 2007 New York Times article Faith in Quick Test Leads to Epidemic That Wasn’t.

LACK OF A VALID GOLD STANDARD

Moreover, it is worth mentioning that the PCR tests used to identify so-called COVID-19 patients presumably infected by what is called SARS-CoV-2 do not have a valid gold standard to compare them with.

This is a fundamental point. Tests need to be evaluated to determine their preciseness — strictly speaking their “sensitivity”[1] and “specificity” — by comparison with a “gold standard,” meaning the most accurate method available.

As an example, for a pregnancy test the gold standard would be the pregnancy itself. But as Australian infectious diseases specialist Sanjaya Senanayake, for example, stated in an ABC TV interview in an answer to the question “How accurate is the [COVID-19] testing?”:

If we had a new test for picking up [the bacterium] golden staph in blood, we’ve already got blood cultures, that’s our gold standard we’ve been using for decades, and we could match this new test against that. But for COVID-19 we don’t have a gold standard test.”

Mr. Sizzle replied to steve's discussion Look What WE Did.
"Should we say who’s the ownerships in the sports…"
3 hours ago

Mr. Sizzle favorited steve's discussion Look What WE Did.
3 hours ago

BITCH SLAPPING some sense into these sports NOTHINS. Mr. Salty has a laugh and splains to the got…See More
7 hours ago
1 Comment 1 Favorite

Phyllis Maka commented on Phyllis Maka's blog post Jim Stone: this was not a broadcast glitch, Pelosi actually glitched like that in real life. WTH is going on???
"frickin lizards their 3D world is breaking up! soon We will actually see it all with these human…"
8 hours ago

James Roberts commented on Phyllis Maka's blog post Jim Stone: this was not a broadcast glitch, Pelosi actually glitched like that in real life. WTH is going on???
10 hours ago

Phyllis Maka commented on Phyllis Maka's blog post Jim Stone: this was not a broadcast glitch, Pelosi actually glitched like that in real life. WTH is going on???
"She's a thoroughly programmed "cyborg""
11 hours ago

Phyllis Maka commented on Phyllis Maka's blog post RUTH BADER GINSBURG "1933 - 2019" GINSBURG IS DEAD
"They still dreaming one up? No substance in anything that comes out of their mouths, they're…"
12 hours ago

Chris of the family Masters commented on Phyllis Maka's blog post Jim Stone: this was not a broadcast glitch, Pelosi actually glitched like that in real life. WTH is going on???
"Listen closely- Corporate heads say The Constitution of, instead ''for''"
12 hours ago