The resolution also seeks to reduce the stigma that society, therapists, and religious groups allegedly inflict upon those within the LGBTQ community.

ACR-99 proclaims that stigmatizing has caused “disproportionately high rates of suicide, attempted suicide, depression, rejection, and isolation amongst LGBTQ and questioning individuals. The State of California has a compelling interest in protecting the physical and psychological well-being of minors, including LGBTQ youth.”

This just shows you the arrogance of Democrats in California, that they presume to tell Christians what we should believe, even if it conflicts with church teachings. And it absolutely does, in this case.

The last paragraph about suicides left something out. The resolution actually blames Christians, in part, for the high rates of suicide among LGBTers:

The stigma associated with being LGBTQ often created by groups in society, including therapists and religious groups, has caused disproportionately high rates of suicide, attempted suicide, depression, rejection, and isolation amongst LGBTQ and questioning individuals;

That’s right from the text of the resolution. And this, along with their ban of so-called ‘conversion therapy’ and their call for Christians to accept homosexuality borders on the fascistic.

What’s next when Christians don’t accept homosexuality? Are they going to regulate what can and can’t be said in our churches? They’ve already tried to regulate what happens in the confessional of the Catholic church.

California is quickly becoming more authoritarian when it comes to Christianity and I don’t know where this ends. Today it’s a resolution. Tomorrow it might be a law that controls speech, all in the name of LGBT suicides.

MAC - Sorry, I wasn't clear and was being sarcastic about two separate months dedicated to less than 5% of the population.  You're correct, It isn't federally mandated like Black History Month, but officially recognized on the list of national observances. 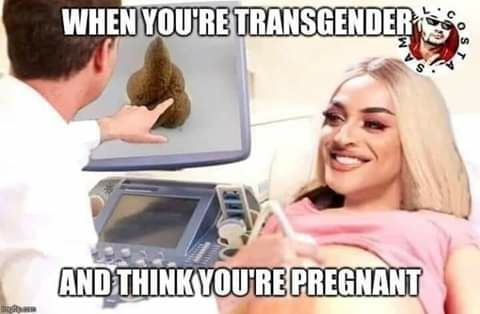 Only certain states have LGBT no pride, that is done state by state by Democrat Governors.

the above discussion is a California  problem, it is not Federal legislation.

We need to ban special interest Lobbyist, wine and dining our so called representatives and filling there pockets with bribe money and perks, plus donations in exchange to votes and legislation, this is the heart of the problem.

Lobbying needs to be illegal, not to be confused with the right to address your Representatives

MAC - This is a national thing.  October is LGBT History month, not to be confused with June which is LGBT Pride month.

Problem is that Main Stream America has turned into a bunch of Punkass Prison Bitches... They just keep quiet and keep taking it up their backend's....... while crying inside

There needs to be a huge push back from the people on all this queer legislation.

It has gone too far, in Michigan our new leftest Governor took it on herself to dedicate a whole month to the mentally ill, yup we now have a gay pride month in Michigan and the queer flag oh the capital building and none of our representatives are doing anything against it.

We only give One day to our Vets and the birth of our country, but the Governor sees fit to give a whole month to people with sexual identity disorders.

Why don't we have a Alcoholic month or Phyco month, how about love your sheep month, I guess we could roll that last one in with queer month.

I think people have to be of sound mind to run for office, yet we have many mentally deranged queers in office and more running for office, one for president WTF enough is enough.

@Diana Your post is right on time! Believers know there's coming a day when we could die for our faith, I believe this is the way they'll get us. We can see how fanatical they are, always shoving this crap down our throats! We can also see how they'll think they are justified by whacking our heads off. We look like the evil ones because we won't water down our faith and accept the darkness into our world.

I'd rather die on my feet than live on my knees. Thanks, sharing to Twitterville.

I am a proud member of LGBT--Liquor-Guns-Bacon -Ta Tas as are most of the MEN around these parts and PETA-- People Eating Tasty Animals. The last "tree hugger" that came around here  was left Duct taped to a tree.

Mr. Sizzle commented on Aaron's blog post The coronavirus vaccine is the “final solution” depopulation weapon against humanity; globalists hope to convince BILLIONS of people to commit “suicide-via-vaccine”
"https://www.5gexposed.com/Another contingent in the demonic cult to destroy Humanity."
1 hour ago

Chris of the family Masters favorited Aaron's blog post The coronavirus vaccine is the “final solution” depopulation weapon against humanity; globalists hope to convince BILLIONS of people to commit “suicide-via-vaccine”
8 hours ago