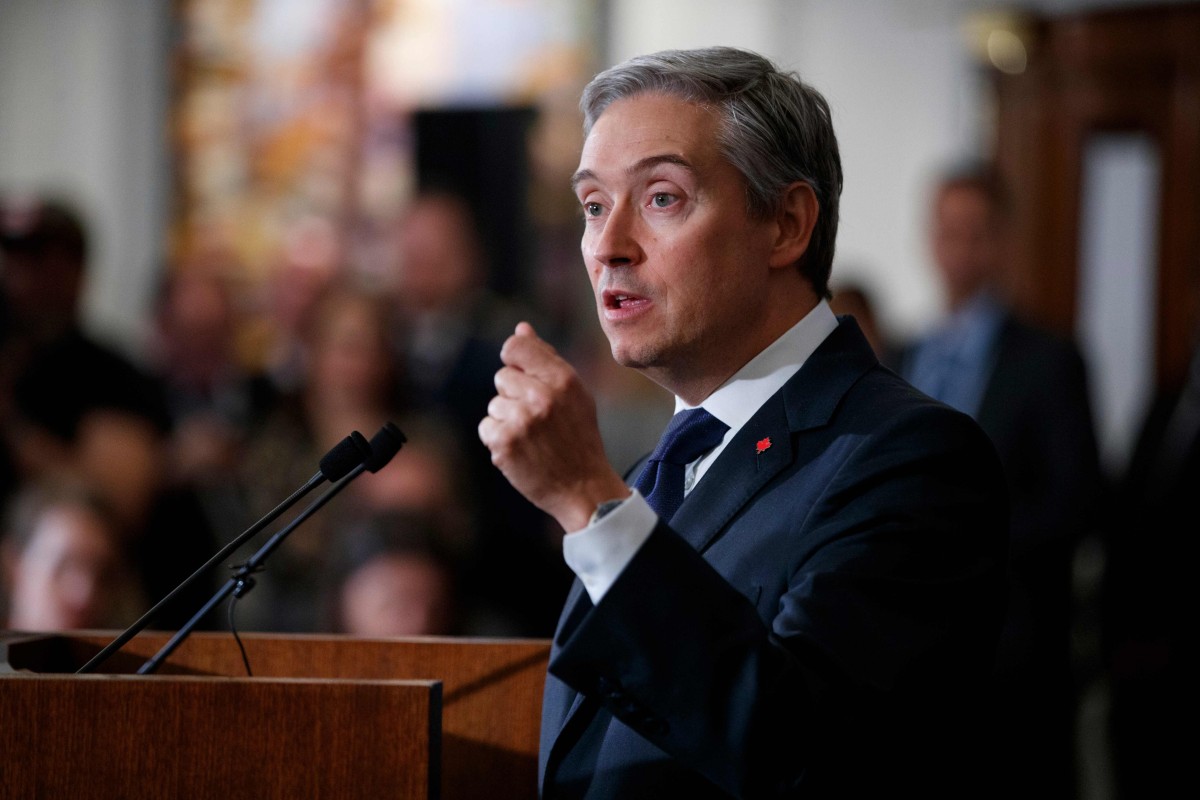 Canadian Minister of Foreign Affairs Francois-Philippe Champagne addresses a press conference at the High Commission of Canada in London in January. Photo: AFP

Canada has walked away from free-trade talks with China amid soured relations over a Huawei executive’s arrest and the detention of two Canadians in apparent retaliation, foreign minister Francois-Philippe Champagne said in a newspaper interview on Friday.

Talks had stalled more than a year ago.

The decision to quit negotiations aimed at Canada becoming the first G7 nation to sign a free-trade pact with the world’s second largest economy marks a major policy reversal for Prime Minister Justin Trudeau’s government, which had pursued a deal since coming to power.

“I don’t see the conditions being present now for these discussions to continue at this time,” Champagne said in an interview with the Globe and Mail daily.

His comments represent a hardening tone toward China – more in line with the United States, Australia and parts of the EU – after exhaustive diplomatic efforts to soothe ties failed.

Since then, Beijing’s crackdown on its Uygur population and its erosion of Hong Kong’s autonomy have upset many liberal democracies, including Canada, which cancelled its extradition treaty with Hong Kong.

Added to this, according to Champagne, is Beijing’s “arbitrary detention” of former Canadian diplomat Michael Kovrig and businessman Michael Spavor on suspicions of espionage, in response to the December 2018 arrest of telecoms giant Huawei’s chief financial officer Meng Wanzhou on a US warrant during a stopover in Vancouver.

Meng is wanted for alleged bank fraud and violations of US sanctions against Iran, and has been fighting extradition ever since.

“Our first priority is to get the Michaels back home,” Champagne said.

“All of the initiatives and policies that had been put in place at the time [in 2016 with China] – all that needs to be reviewed,” he said, adding that Ottawa is “looking at all of them with the lens of China of 2020”.

Despite the tensions, China remains Canada’s second largest trading partner after the United States. In the year to July 2020, Canadian exports to China increased 23.6 per cent while imports rose 13.9 per cent.

"It is rumored the F B I had this info for more than 2 yrs. It's like a competition to BETRAY…"
14 hours ago

"Hey All, I suggest reading "Zen and the art of motorcycle maintenance", one of the few…"
14 hours ago