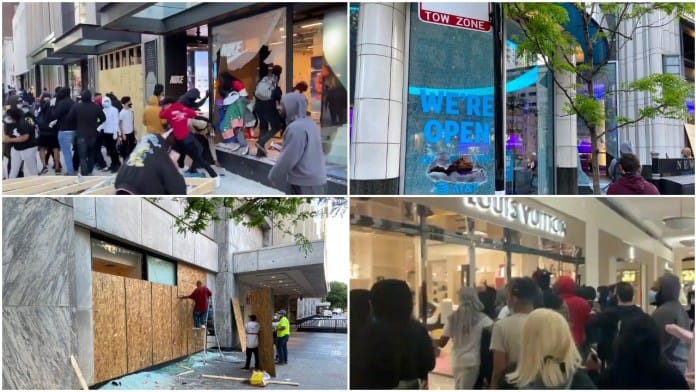 The half-white CNN lady on the ground explains — as Cuomo in the studio nods — that the property damage aspect of the BLM protest is due to people “lashing out” because “they don’t know what to do with” the pain they are feeling:

This isn't journalism. This is activism. This is excusing arson, looting, rioting, and the destruction of minority-owned businesses. 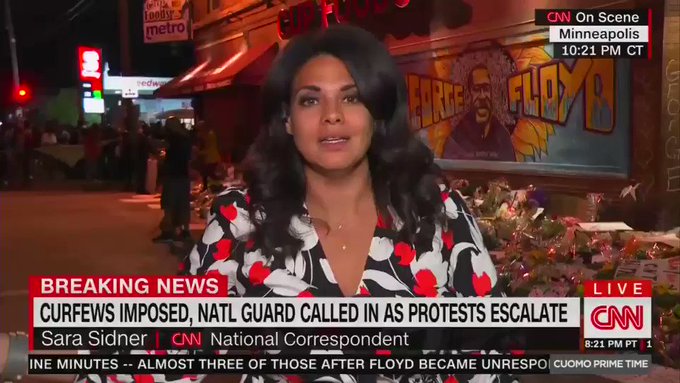 11K people are talking about this

I know people see violence and think that people are just taking advantage of the situation and there may be some people who are. I don’t know that every single person is doing this born out of pain, but I can tell you many people are. We’ve seen it. They don’t know what to do with that emotion so their response, especially young folks, is to lash out.

And they know that, because the other way, hasn’t got them the attention, hasn’t done anything, hasn’t changed anything, so they’re hoping this will. Will it? I don’t know. I was in Ferguson in 2014 for three months. We’re back here again. Same scenario, just about. There wasn’t a gun involved, there was a knee involved.

This is some of the most scandalously racist stuff I’ve heard in ages. CNN ‘defends’ rioters by diagnosing them as emotionally stunted simpletons who can’t help but react to pain by smashing and stealing.

I’m sorry but people who work through the pain of a felt injustice by attacking the property of an uninvolved party are called mental patients. You can’t be reducing people to the level of imbeciles like that.

Actually, the original explanation that people “are just taking advantage of the situation” for their immediate material gain is actually far less insulting. Yeah, they’re treating America as a pinata, grabbing whatever they can for themselves and damn the morality of it and the consequences for the world around them, but are they alone in that?

What about the big business standing in line to get its hands on the newly-printed $2.3 trillion? What about generals dragging their feet on ending pointless multi-decade wars so they get to keep their jobs? What about defense contractors competing to rake in billions whether the nation can actually afford their scandalously overpriced stuff or not? What about the prison system lobbying for more laws? What about politicians shutting down the entire national economy for two months and running 40 million out of their jobs, because it was in their personal political interest in the moment?

Yeah, being so unpatriotic and removed from society that you think nothing of looting your fellow countrymen is not nice. But it’s not exotic, it’s commonplace. And in America, it’s definitely not so scandalous that it would be preferable to suffer from a form of mental retardation.

Yeah, they’re looters. Small potatoes next to the military-industrial complex, the prison complex, the health care complex, and the credit-from-thin-air banking complex.

More than that, at least they have the “courtesy” to look you in the eye and bash your head in as they do it, and do not try to coat their parasitism as a service to the victim.

Sorry kids, should have gone to college and got a job as a Congressional lobbyist, that’s where the real loot dollar lies.

Hard to describe how rampant the looting was tonight in Midtown Manhattan and how lawless it was. Complete anarchy. Literally hundreds of stores up and down Broadway, Fifth Ave, Sixth Ave. Kids ruling the streets like it was a party. 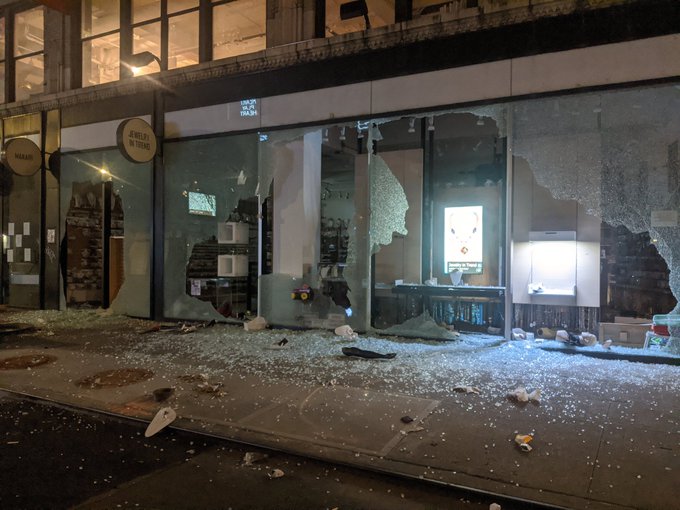 7,449 people are talking about this

BREAKING: Criminals in Philadelphia are now using explosives to attempt to crack open ATMs, one killed in attempt

Chris of the family Masters posted blog posts
33 minutes ago

"That may be the prettiest face she has ever pulled."
4 hours ago

cheeki kea commented on Chris of the family Masters's blog post An Anonymous Nurse Speaks Out: The RT-PCR Test is Totally Unreliable, It Does not Detect the Virus.
" You won't hear much truth at all about the false tests they've make people submit…"
6 hours ago