NEW YORK — A fleet of 100 planes making 4,000 worldwide missions per year could help save the world from climate change. Also, it may be relatively cheap. That's the conclusion of a new peer-reviewed study in Environmental Research Letters.

It's the stuff of science fiction. Planes spraying tiny sulphate particulates into the lower stratosphere, around 60,000 feet up. The idea is to help shield the Earth from just enough sunlight to help keep temperatures low. 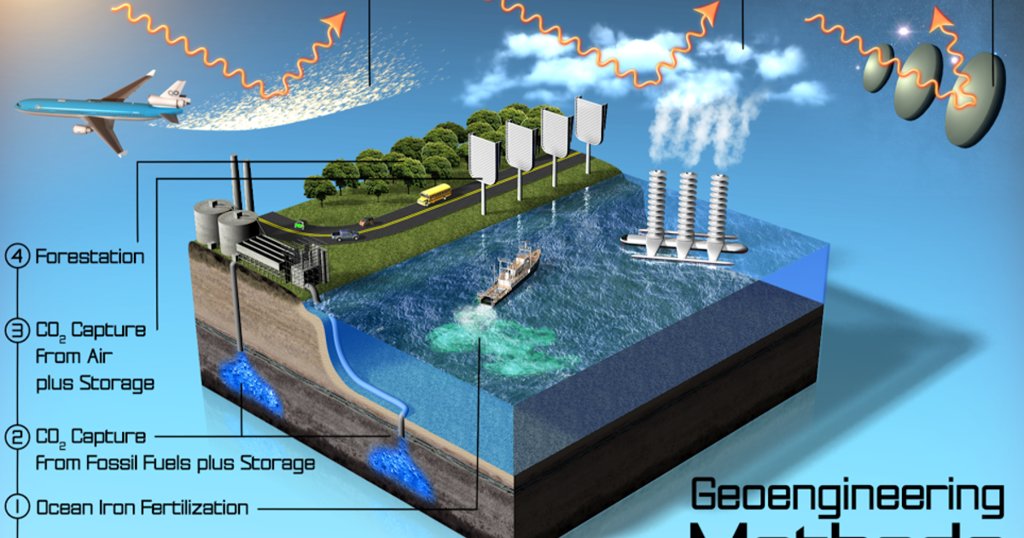 The researchers examined how practical and costly a hypothetical solar geoengineering project would be beginning 15 years from now. The aim would be to half the temperature increase caused by heat-trapping greenhouse gases.

This method would mimic what large volcanoes do. In 1991, Mount Pinatubo erupted in the Philippines. It was the second largest eruption of the 20th century, according to the United States Geological Survey (USGS). 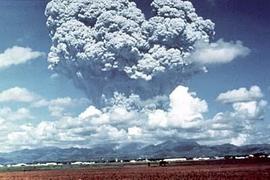 The second-largest volcanic eruption of this century, and by far the largest eruption to affect a densely populated area, occurred at Mount Pinatubo in the Philippines on June 15, 1991.

In total, the eruption injected 20 million tons of sulfur dioxide aerosols into the stratosphere. USGS said the Earth's lower atmosphere temperature dropped by approximately 1-degree Fahrenheit. The effect only lasted a couple of years because the sulfates eventually fell to Earth.

Although controversial, some think that trying to mimic the impacts of a volcano eruption is a viable way to control global warming. This proposed type of climate geoengineering is called stratospheric aerosol injection (SAI). Theoretically if done at scale — and sustained — the impact can be large. The 1-degree temperature drop which accompanied Mount Pinatubo's eruption is equal to about half of the human-caused warming Earth has experienced since the Industrial Revolution began.

In this handout photo from Climate Central, they say scientists are looking at a variety of technologies —  from snatching carbon dioxide out of the air like trees do, to launching giant mirrors into space — to artificially slow global warming.

Dr. Gernot Wagner from Harvard University is an author of the paper. He said their study shows this type of geoengineering "... would be technically possible strictly from an engineering perspective. It would also be remarkably inexpensive, at an average of around $2 to 2.5 billion per year over the first 15 years."

But to reach that point, the study said an entirely new aircraft needs to be developed. Partly because missions would need to be conducted at nearly double the cruising altitude of commercial airplanes. The study's co-author, Wake Smith explained, "No existing aircraft has the combination of altitude and payload capabilities required."

So, the team investigated what it would cost to develop an aircraft they dub the SAI Lofter (SAIL). They say its fuselage would have a stubby design and the wing area — as well as the thrust — would need to be twice as large. In total, the team estimates the development cost for the airframe to be $2 billion and $350 million to modify existing engines.

In their hypothetical plan, the fleet would start with eight planes in the first year and rise to just under 100 within 15 years. In year one, there would be 4,000 missions, increasing to just over 60,000 per year by year 15. As you can see, this would need to be a sustained and escalating effort.

As one may imagine, a concept like this comes with a lot of controversy. Like treating a fever with aspirin, this type of engineering only treats the symptoms, it does not fix the root cause of the warming: Escalating levels of heat trapping greenhouse gases produced by the burning of fossil fuels. 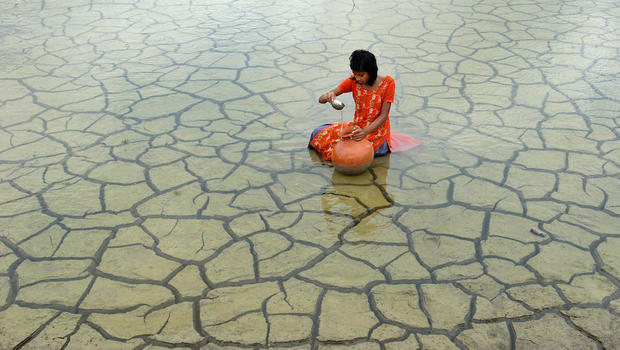 "More food for thought. "
29 minutes ago

"The sick and the dead won't turn up until they get the covid vaccination First. Then, as a…"
1 hour ago

"And Trump and the Democrats are in on it."
1 hour ago

"Thanks, stormy. That's 30 miles north of me. This is just a big power and money grab by Jewish…"
1 hour ago

"Mel, you poor, poor, lady. My heart goes out to you. And thank god you've got normal teeth or…"
1 hour ago

cheeki kea commented on Keisha Ruan's status
"True, there's some great brothers and sisters of truth that park themselves up on this site…"
2 hours ago

cheeki kea commented on Chris of the family Masters's blog post Go Ahead and Line Up to Take the Death Shot!!! - 'PUBLIC NOTICE' (comments by Mr.Ed & Video)
"Very good bitchute vid. ( takes a while to buff up, but worth the wait ) Interesting that the…"
2 hours ago

cheeki kea commented on Keisha Ruan's blog post Work Force Giving us Notices on Martial Law
"Absolutely, I have received work and travel papers to carry with me at all times and have been…"
3 hours ago

Keisha Ruan commented on Keisha Ruan's blog post Work Force Giving us Notices on Martial Law
"Fuck its upside down.  Anyone else getting these from work?"
4 hours ago