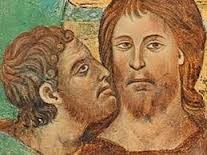 He will confirm a covenant with many for one 'seven.' In the middle of the 'seven' he will put an end to sacrifice and offering. And on a wing [of the temple] he will set up an abomination that causes desolation, until the end that is decreed is poured out on him.   Daniel 9:27 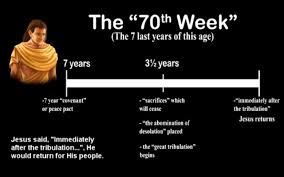 Anyone who takes Bible prophecy literaFor when they shall say, Peace and safety; then sudden destruction cometh upon them, as travail upon a woman with child; and they shall not escape.

lly understands that a time of tribulation awaits the inhabitants of this earth.  Our Lord spoke of it in Matthew 24:21, "There will be great distress, unequaled from the beginning of the world until now."  This time of tribulation is to be seven years (Daniel's 70th week) and is based on his prophetic vision in Daniel 9:24-27.  This passage explains that the coming antichrist will confirm a covenant with Israel and the many for one 'seven' year period and in the middle of the 'seven' he shall bring an end to sacrifice and offering.  For this reason, most prophecy teachers also are looking for the future Antichrist to begin Daniel's 70th week by signing a covenant with Israel and the many nations for seven years.

Every day we hear something about Middle East Peace talks, or lack thereof.Regardless, at some point they will be completed and this will be the first sign that we will see indicating the end times have begun. Daniel 9:27 tells us it will be a seven year covenant between the Antichrist and Israel. It may include the permission to rebuild the third temple in Israel. Here’s the problem; the 7 year covenant may not be as conspicuous as we might like.In other words, it may not be revealed to the world, until well after the fact. To say it another way, the covenant could have already been signed, but we have not yet been informed.

The sequence of events in Daniel 9:24-27, then, provides a step-by-step outline of God's prophetic timetable.  The seventieth week - the seven years remaining - will transpire in the end times.  But before this last "week" could take place, Israel needed to regain control of her Promised Land (which she did in 1948) and then the entire city of Jerusalem (which she did in 1967).  When will the seventieth week begin?  In His Olivet Discourse, Christ tells His disciples that "when you see all these things (things associated with the seventieth week), recognize that He (Christ) is near, right at the door.  Truly I say to you, this generation will not pass until all these things take place.  (Matthew 24:33,34).  'These things' referred to by Christ are the events that will occur during the seventieth week, not before, and they must take place before we can look for the return of Christ.  Therefore, the seventieth week has tremendous significance to all who are 'looking for the blessed hope and the appearing of the glory of our great God and Saviour, Christ Jesus' (Titus 2:13).

For when they shall say, Peace and safety; then sudden destruction cometh upon them, as travail upon a woman with child; and they shall not escape.
1 Thessalonians 5:3

A covenant can cease by one or the other parties breaks it. The Children of Israel broke the covenant. Scripture says when the curtain at the Holy of Holies was rent,  ir torn, it was God declaring so be it.

Jesus then became the new covenant.

Comment by Edward Palamar on March 8, 2015 at 12:48pm
It is almost amazing how many times this verse gets a wrongful judgment. The previous two verses are two of the most important verses ever written concerning the timeline of Christ's Mission. So why would the following verse immediately change direction? Christ established the New Covenant without abolishing the Old, but He became the Sacrifice, causing the old sacrifice and oblation to cease, all power being granted unto Him.

"Indeed, saw the vid, was funny as shit. Too bad someone couldn't have brought a marble bust…"
36 minutes ago

James Roberts left a comment for Freedomrox
"Thank you for your informative posts!"
57 minutes ago

James Roberts replied to James Roberts's discussion Military Personnel and Warp Speed
"Thank you, Chris. another thing is that in the US, areas that have had police departments defunded,…"
59 minutes ago