Did the FBI just stage the ‘foiled’ false flag kidnapping hoax to cover up for the lawbreaking Michigan Governor?

Did the FBI just stage the ‘foiled’ false flag kidnapping hoax to c...

Did the FBI just stage the ‘foiled’ false flag kidnapping hoax to cover up for the lawbreaking Michigan Governor?

And what would they ever do with Whitmer once she was kidnapped?

You gotta admit it: the FBI runs circles around the Keystone Cops.

Here they create a fake terrorist cell of wannabe anarchists for a few coins in militia-heavy Michigan.

Then they infiltrate the hapless bunch of malcontents with more FBI agents than phony anarchists.

Next they float the wacky idea of kidnapping the Governor and get a few of them to say “Yes” to a laughably concocted plan that was never even seriously considered by anyone.

The governor was mad as a hornet when that highly humiliating ruling was handed down and obviously felt compelled to deflect everyone’s attentions from the bad news.

By the way, look at the anarchy flags in the background of two of those arrested for this fake plot to kidnap Whitmer in the tweets below.

The FBI and other authorities actually had the chutzpah to call these far leftwing anarchists “White Supremacists” when in fact they are clearly following AntiFa ideology and BLM violence.

AntiFa has put anarchy and lawlessness, rioting and looting, arson and burning, laser weapons and weaponized fireworks, chaos and mayhem, violence and murder, destruction and terrorism on super-steroids throughout 2020.  And Black Lives Matter is always conveniently at the same crime scenes to somehow ‘legitimize’ all of this highly organized, Soros-funded domestic terrorism.

Isn’t it also suspicious that this ‘foiled kidnapping’ plot made the news shortly after the FBI issued a patently false warning about “White Supremacists” when, in fact, it’s the Black Lives Matter and AntiFa terrorist organizations who are dangerous to the extreme?!

Oh, really?!  After months of rioting that burned down countless businesses and destroyed whole neighborhoods, looting of hundreds of stores across the country and violence that saw innocent citizens injured and/or killed by radical Left terrorists, we’re supposed to be very afraid of the Right because of so-called White Supremacist groups who barely make a peep these days because they’ve been relentlessly gaslighted by everyone and their mother.

Honestly, you can’t make this stuff up … … … except that’s all the FBI ever does these days—MAKE STUFF UP … to cover for the power elite who have run the hopelessly corrupt federal law enforcement agency like a protection racket — 24/7 — for several decades.

That’s why Whitmer, Attorney General Dana Nessel and the FBI conducted this entrapment scheme and transparently false flag operation against the Wolverine Watchmen militia.  They Left, as is the entire Democrat leadership, is in a reflexive pattern of blaming all of their serious sins and treasonous crimes on the Right.

Let’s face it: no one does projection like Democrat VIPs.  They have constantly accused Trump of committing every crime they have IN FACT committed.  Not only does this somehow assuage their guilt, this despicable tactic further enrages their base against the innocent POTUS.

No one even knows if this Wolverine Watchmen militia group is real or fake.  For all anyone knows, its a front set up by the FBI to draw unsuspecting patriots into their web of deceit and duplicity.  In this way, the despotic Michigan government dominated by Democrats is attempting to paint all militias with the broad brush of terrorism.

Whitmer, Nessel and other officials have been wanting to ostracize and shut down all militias operating in the state ever since they protested, with weapons in tow, at the state capitol.  That unprecedented show of legitimate force in Lansing could not go unanswered lest other militias become empowered by similarly flexing their muscles

Whitmer and Nessel have both conducted themselves with a shocking degree of disrespect for the Constitution as well as ignorance of basic civil rights throughout the Covid scare.  So, they know they have a LOT of angry citizens to face the longer the fake Plandemic goes on.  Hence, they colluded with the FBI set this sensational precedent as a means of scaring the Patriot Movement statewide.

Really, who would ever even think of kidnapping this political terrorist and government hitman?!?!

Incidentally, the FBI formed a special unit decades ago to conduct exactly this type of “Infiltration and Entrapment” operations known as COINTELPRO.  This juvenile kidnapping operation in Michigan has all the hallmarks of such an amateur black op that COINTELPRO was once infamous for.

The FBI is positively not a federal law enforcement agency; rather, it has morphed into a full-blown protection racket for the rich and powerful, wealthy and influential.

That four years has elapsed since the greatest series of criminal conspiracies was carried out by Obama-era officials and Democrat politicos, Deep State operatives and Globalist instigators without a single arrest or prosecution is inconceivable.  How is it that the FBI is aware of every treasonous crime spree and seditious crime wave and yet the agancy has not made a one arrest or sent a single referral to the DoJ.  That’s because their primary function is to ensure the complete protection and shielding of the power elite from both criminal and civil prosecution.

Perhaps the FBI’s main function is to systematically cover up the blatant criminality and corruption of the U.S. Federal Government, Corporate America and numerous Non-governmental Organizations that are routinely used to perpetrate some of the worst crimes against humanity.

This is why the FBI contrived and acted on this ridiculous kidnapping hoax in Michigan.  Gov. Whitmer plays a crucial part in the execution of THE GREAT SCAMDEMIC.  Her tyrannical leadership throughout this government-sponsored criminal conspiracy has served as a totalitarian ‘model’ for other Democrat governors to follow.  Hence, the well-hidden CORONAhoax decision-makers are determined to solidify her standing any way they can.  For this devastating Plandemic can only continue with the Whitmers of the world cruelly betraying their constituencies at every turn of Covid events.

The following SOTN link will take you to a ZeroHedge post that has a comment section full of excellent analyses and penetrating insights into this FBI black op and Michigan psyop: Was the fake FBI kidnapping plot carried out to put Governor Whitme...

Here are some Gretchen truth memes to share in your network: 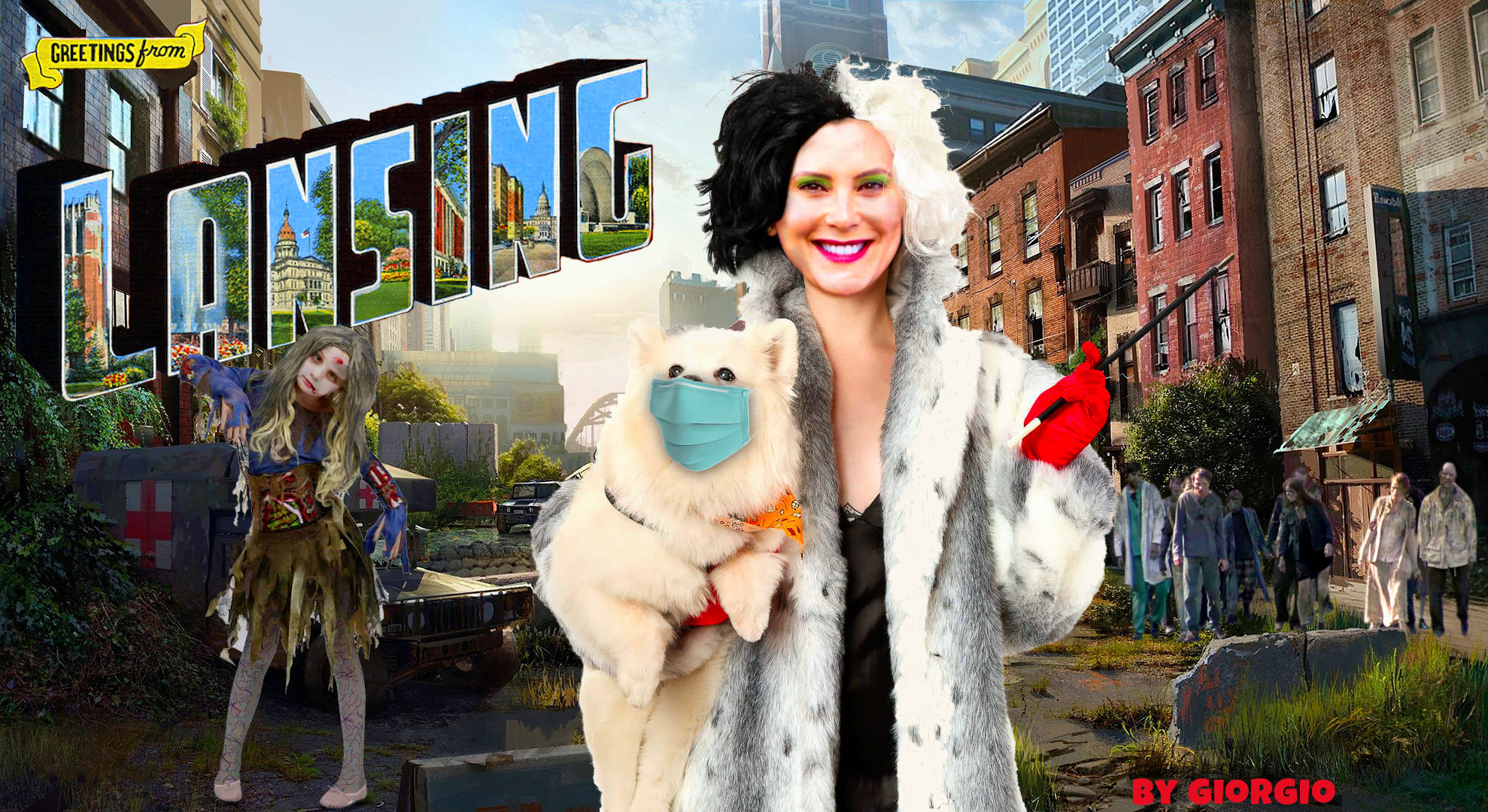 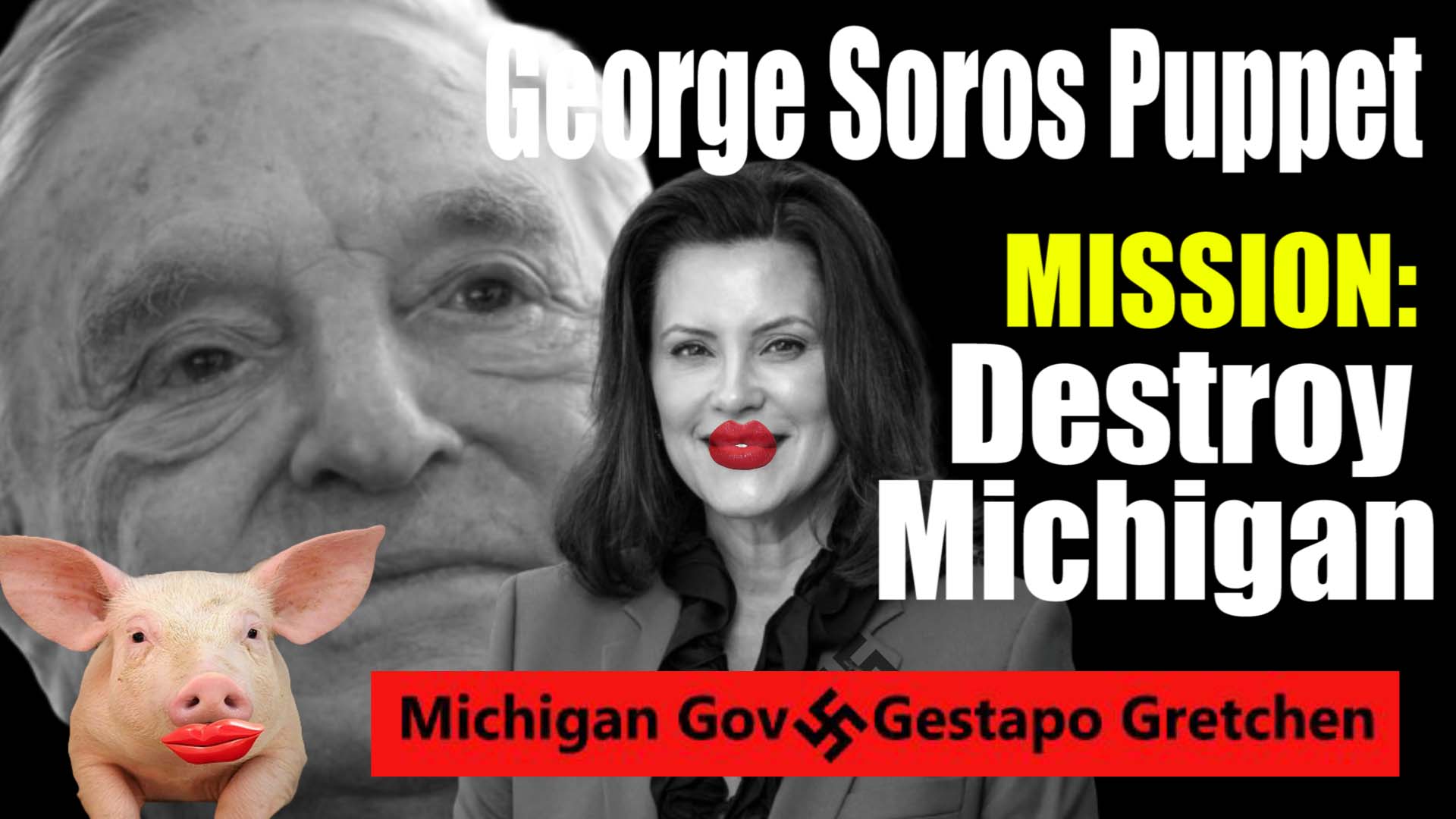 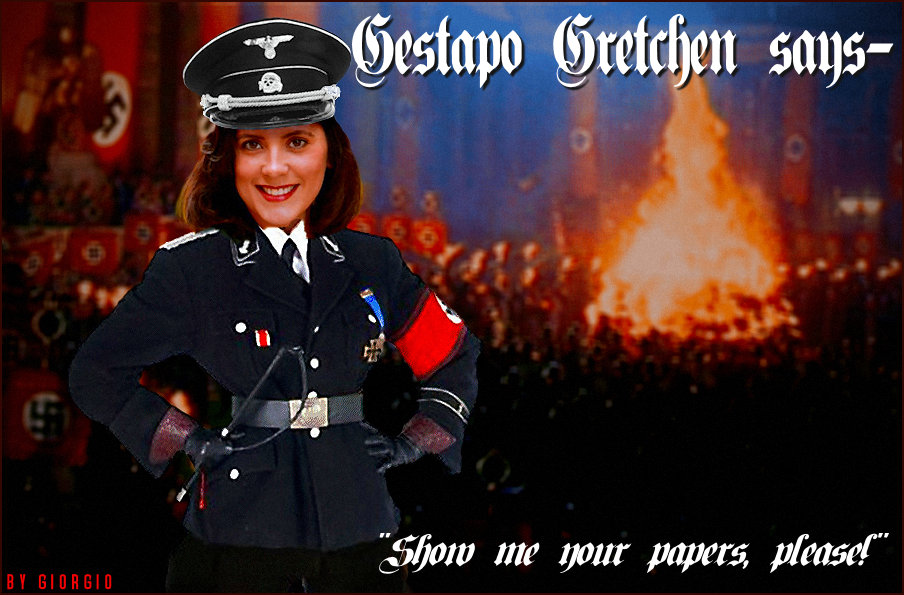 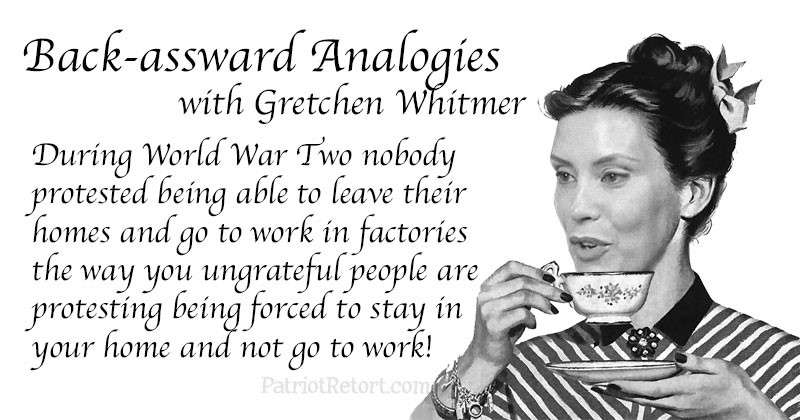 rlionhearted_3 commented on Chris of the family Masters's blog post That Mask is Giving you Lung Cancer
"Almost exactly the same as a Dr friend told me."
4 hours ago

Central Scrutinizer commented on Aaron's blog post WOW! Look at the repugnant New World Order meme on this new CORONA cover of TIME magazine!
"somebody's got too much time here...people will see into this bullshit what they want I…"
6 hours ago

"This is the result of a face mask"
13 hours ago