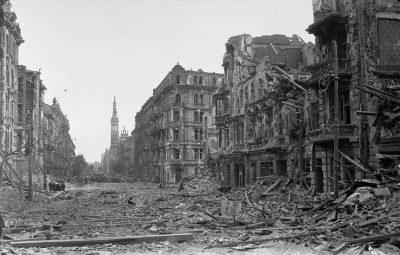 We gave Satanists our national credit cards and guess what? They used them to
enrich themselves. Their money machine, backed by our credit, is working overtime using endless wars, corruption, and the #scamdemic to fill their pockets.
Having infinite wealth, they now want unlimited power by organizing a one-world tyranny dedicated to Satan. Clearly the plan is for a third world war between China/Russia and the USA. They're running the unelectable Biden-Harris because they want the "nationalist" Trump to be blamed for the war which will devastate America. (Trump Family Cult Plans WW3)
F. William Engdahl shares similar views. Below, he says this war has already begun in the form of China's "unrestricted warfare" (sabotage) against the US.
William Engdahl's conclusion: "A full unrestricted war of China and the USA would be more than a tragedy. It could be the end of civilization as we know it. Is this what characters such as Bill Gates and his superiors are trying to bring about?
Do they plan to introduce their draconian dystopian "Reset" on the ashes of such a conflict?"
Engdahl: Towards A US-China War? The Creation of A Global Totalitarian "One World Government" System?
by F. William Engdahl
(abridged by henrymakow.com)
If we step back from the details of daily headlines around the world and try to make sense of larger patterns, the dominant dynamic defining world geopolitics in the past three years or more is the appearance of a genuine irregular conflict between the two most formidable powers on the planet - The Peoples' Republic of China and the United States of America.
Increasingly it's beginning to look as if some very dark global networks are orchestrating what looks to be an updated rerun of their 1939-1945 World War. Only this time the stakes are total and aim at creating a universal global totalitarian system, what David Rockefeller once called a "one-world government." The powers that be periodically use war to gain major policy shifts.
On behalf of the Powers That Be (PTB), World War II was orchestrated by the circles of the City of London and of Wall Street to maneuver two great obstacles - Russia and Germany - to wage a war to the death against each other, in order that those Anglo-Saxon PTB could reorganize the world geopolitical chessboard to their advantage. It largely succeeded, but for the small detail that after 1945, Wall Street and the Rockefeller brothers were determined that England play the junior partner to Washington. London and Washington then entered the period of their global domination known as the Cold War.
That Anglo-American global condominium ended, by design, in 1989 with the collapse of the Berlin Wall and the disintegration of the Soviet Union by 1991...
RISE OF CHINA
...One of the great mysteries of that China growth is the fact that China was allowed to become the "workshop of the world" after 2001, first in lower-skill industries such as textiles or toys, later in pharmaceuticals and most recently in electronics assembly and production. The mystery clears up when we look at the idea that the PTB and their financial houses, using China, want to weaken strong industrial powers, especially the United States, to push their global agenda. Brzezinski often wrote that the nation-state was to be eliminated, as did his patron, David Rockefeller. By allowing China to become a rival to Washington in the economy and increasingly in technology, they created the means to destroy the superpower hegemony of the US...
All told until 2012 when Xi took charge of the CCP in Beijing, China seemed to be willing to be a globalist "team player," though with "Chinese characteristics."
However, in 2015 after little more than two years in office, Xi Jinping endorsed a comprehensive national industrial strategy, Made in China: 2025. China 2025 replaced an earlier Western globalist document that had been formulated with the World Bank and the USA, the China 2030 report under Robert Zoellick. That shift to a China strategy for global tech domination might well have triggered a decision by the globalist PTB that China could no longer be relied on to play by the rules of the globalists, but rather that the CCP under Xi were determined to make China the global leader in advanced industrial, AI and bio-technologies. A resurgent China nationalist global hegemony was not the idea of the New World Order gang.
China:2025 combined with Xi's strong advocacy of the Belt Road Initiative for global infrastructure linking China by land and sea to all Eurasia and beyond, likely suggested to the globalists that the only solution to the prospect of their losing their power to a China global hegemon would ultimately be war, a war that would destroy both nationalist powers, USA AND China. This is my conclusion and there is much to suggest this is now taking place.
TIT FOR TAT
If so, it will most likely be far different from the military contest of World War II. The USA and most of the Western industrial economies have "conveniently" imposed the worst economic depression since the 1930s as a bizarre response to an alleged virus originating in Wuhan and spreading to the world. Despite the fact that the death toll, even with vastly inflated statistics, is at the level of severe annual influenza, the insistence of politicians and the corrupt WHO to impose draconian lockdown and economic disruption has crippled the remaining industrial base in the US and most of the EU.
The eruption of well-organized riots and vandalism under the banner of racial protests across the USA has brought America's cities to a state in many cases of war zones resembling the cities of the 2013 Matt Damon and Jodie Foster film, Elysium. In this context, anti-Washington rhetoric from Beijing has taken on a sharp tone in their use of so-called "Wolf Diplomacy." 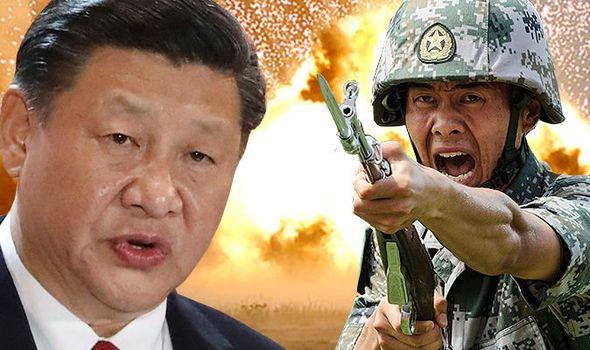 Now after Washington closed the China Consulate in Houston and China the US Consulate in Chengdu, both sides have stepped up the rhetoric. High tech companies are being banned in the US, military displays of force from the US in the South China Sea and waters near Taiwan are increasing tensions and rhetoric on both sides.
The White House accuses the WHO of being an agent of Beijing, while China accuses the US of deliberately creating a deadly virus and bringing it to Wuhan. Chinese state media supports the explosion of violent protests across America under the banner of Black Lives Matter. Step-wise events are escalating dramatically. Many of the US self-styled Marxists leading the protests across US cities have ties to Beijing such as the Maoist-origin Revolutionary Communist Party, USA of Bob Avakian.
"UNRESTRICTED WARFARE"
Under these conditions, what kind of escalation is likely? In 1999 two colonels in the China PLA, Qiao Liang and Wang Xiangsui published a book with the PLA Press titled Unrestricted Warfare. Qiao Liang was promoted to Major General in the PLA Air Force and became deputy secretary-general of the Council for National Security Policy Studies. The two updated their work in 2016. It gives a window on high-level China military strategy.
Reviewing published US military doctrine in the aftermath of the 1991 US Operation Desert Storm war against Iraq, the Chinese authors point out what they see as US over-dependence on brute military force and conventional military doctrine...The two authors define the new form of warfare as, "encompassing the political, economic, diplomatic, cultural, and psychological spheres, in addition to the land, sea, air, space, and electronics spheres."
CHINESE SUBVERSION TACTICS
They suggest China could use hacking into websites, targeting financial institutions, terrorism, using the media, and conducting urban warfare among the methods proposed. Recent revelations that Chinese entities pay millions in ad revenues to the New York Times and other mainstream USA media to voice China-positive views is one example.
Similarly, maneuvering a Chinese national to head the US' largest public pension fund, CalPERS, which poured billions into risky China stocks, or persuading the New York Stock Exchange to list dozens of China companies without requiring adherence to US accounting transparency increase US financial vulnerability are others.
This all suggests the form that a war between China and the US could take. It can be termed asymmetrical warfare or unrestricted war, where nothing that disrupts the enemy is off-limits. Qiao has that, "the first rule of unrestricted warfare is that there are no rules, with nothing forbidden." There are no Geneva Conventions.
The two Beijing authors add this irregular warfare could include assaults on the political security, economic security, cultural security, and information security of the nation. The dependence of the US economy on China supply chains for everything from basic antibiotics to militarily-vital rare earth minerals is but one domain of vulnerability.
On its side, China is vulnerable to trade sanctions, financial disruption, bioterror attacks, and oil embargoes to name a few. Some have suggested the recent locust plague and African Swine Fever devastation to China's core food supplies, was not merely an act of nature. If not, then we are likely deep into an undeclared form of US-China unrestricted warfare. Could it be that the recent extreme floods along the China Yangtze River that threaten the giant Three Gorges Dam and have flooded Wuhan and other major China cities and devastated millions of acres of key cropland were not entirely seasonal? ...
----------------
Related -  US & China Hurtling Toward War?
------------ China: Military Experts Urge Beijing to Prepare for War with the U.S  (Chinese think Trump will start something in order to win the election. Surely not necessary.)
https://www.henrymakow.com/2020/08/engdahl-towards-a-us-china-war.html

Central Scrutinizer commented on Old Denmark's status
"got nothings there ;("
34 minutes ago

"Notice we're talking about the rules, not laws! Proof of claim this what you enforcing is a…"
5 hours ago

Less Prone left a comment for Chris
"Welcome to 12160. Opinion is free."
6 hours ago

Chris is now a member of 12160 Social Network
6 hours ago
Welcome Them!

Printer companies are ripping us off, and it's high time we did something about it. Join me in starting the revolution.
11 hours ago
0 Comments 1 Favorite

Chris of the family Masters commented on Phyllis Maka's blog post ON FB TAKEN 14TH NO MASKS NO SOCIAL DISTANCING
"Save it on your phones and show to the cops...."
14 hours ago

Mr. Sizzle commented on Phyllis Maka's blog post Heads up: New election scammery revealed - Jim Stone
"I like Jim Stone as a source, and coincidentally today I received in the mail a notecard on how to…"
19 hours ago