During the Vietnam war the U.S. Would use frequency generators and amplifiers to play 'the brown note' into the V.C. tunnels before sending in the tunnel rats. The tunnel rats were soldiers who would enter the tunnels and hunt the V.C. who they would come upon while they were experiencing explosive diareah, the effect of the frequency called 'the brown note'Just imagine how things would go sour for you if you were an IDF soldier kicking down a door in Gaza and suddenly the terrorist family of Hamas supporters living there smacks you in the face with the Macarena played on the accordion, bagpipes, and a cowbell. You'd be pooping your mamma's matsa balls in your pants before you'd even digested them.

The young whipper snapper millennials will never understand but some of us grew up watching the world's greatest educational programming, Loony Tunes. We might not remember the preamble to the constitution without singing it the 'Schoolhouse Rock' way that hit us in between cartoons but we sure as hell remember how drawing a train tunnel in a cliff face can bring a train out to try and run over our enemies (just don't try to enter the tunnel yourself) and a hole drawn on the ceiling can drop an acme anvil on top of someone's head.

Cookies are a great treat unless they are burnt. That wouldn't happen in a metal shipping container under the middle eastern sun would it? Of course it would. Even famous Amos isn't as black as the cookies shipped into Gaza.

I bet you think these briquets would only sadden the children of Gaza, but you'd be wrong. You see, not only are these cookies as black as a politician's morals, they are also hard as a rock and Palestinian children often throw rocks at Israeli soldiers. It's obviously better if Hamas Jr has to use native Palastinian rocks because at least that way Israel gets more of their land even if it's only one stone at a time.

Even if that's not enough evidence to wake you up to cookie dangers, check out this News report about Iran's female ninja warriors. 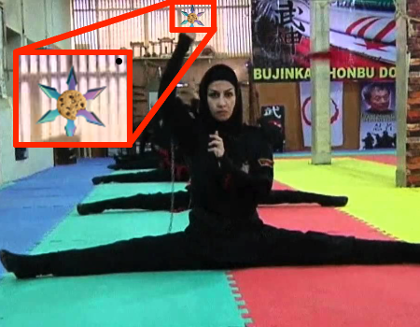 None of the news anchors even noticed when reporting this story but Hamas friendlly Iran has really excelled in weaponized cookie development.

Give a man a fish and you feed him for a day. Teach a man how to build cybernetic weaponized sharks and you've given him a way to kill you.

The advances in genetic science and robotics are coming to life even as we speak. With just a Roomba and some genetic samples taken from the ocean even you could do it in your basement. I mean not like now, or actually you but, you know,... if you were actually smart. 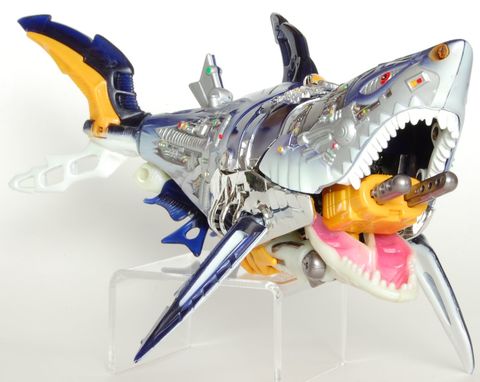 Even if you have no enemies just try to tell me you wouldn't want a sleek toothy death machine of a land shark like this parked in your garage. I knew you couldn't.

Thanks to this Palestinian nursery rhyme Israel has had to block butter shipments into Gaza for hundreds of years.

Try saying that without one of their forked Arab tongues!

Although margarine has been around for hundreds of years it gained a much greater market share in the 1980s and this is where things get terroristy. That was at the same time as miracle toast started to appear throughout the United States. A coincidence? Doubtful.

Surely you BDS freaks think it's silly to ban a divine miracle from Gaza but who are God's chosen people? Is it them? Is it you? Is it the Chinese? Is it the left handed lesbian Eskimo midget albinos? No way Jose!