Billionaire megalomaniac George Soros and a globalist operative group are behind the “Nov. 4 It Begins” protest calling for the ousting of President Donald Trump from the White House along with his entire cabinet, reports reveal.

RefuseFascism.org announced its planned protest against Trump on Sept. 26 when members of the group blocked rush-hour traffic for on... by holding up signs that spelled out “Nov 4 It Begins.” After nearly 20 minutes, they were arrested by police.

Media reporting on the event runs the gamut. Right-wing press claim it’s an Anti-Fa civil war, while left-wing media call such claims a hoax and sympathetically report it will be a peaceful demonstration. The most disgusting and misleading article of all came from Newsweek, which calls Anti-Fa “a fixture in America’s popular imagination” and “has no formal organizational structure.”

Irregardless of whether or not Refuse Fascism is directly affiliated with Anti-Fa, it appears Anti-Fa will be joining in the protest and will be up to their old antics.

Refuse Fascism calls the Trump administration a “a vicious cabal” and the president a madman with “his finger on the nuclear trigger.” It compares Trump to Hitler and the U.S. to Nazi Germany. The full manifesto can be read here. Yet, Refuse Fascism insists its protests will be non-violent, but it does not disavow those (such as Anti-Fa) who fight fascism through violent means. Organizers say the Nov. 4 demonstration will be modeled after the Pussy Hat Womens March in Washington, D.C. on Inauguration Day. Only this time, it claims the demonstration won’t end until Trump administration is brought down.

Inspired by @Eminem s #BETcypher ppl in NYC made this happen. Thank you, Eminem now let's all get out in the streets & DO THIS #Nov4ItBegins pic.twitter.com/vEhFYzLYwz

Though there are many valid, reasoned arguments one could make for the removal of members of the Team Trump, if not Trump himself, not one could be found on RefuseFascism.org. In sum, its primary complaint on the pages of its website smacks of Dem-driven agitprop surrounding faux claims about racism, migration, climate change, abortion and — a new one — “Christian fascism.”

Last February, Refuse Fascism took credit for shutting down Milo’s Berkeley event. As you may recall, protesters rioted. Fifteen buildings were vandalized and set on fire. One Trump supporter was attacked with shovels by a group of men clad in black, and he was shown on social media laying unconscious in the middle of the street. A female Trump supporter was blasted with pepper spray during a televised interview.

But really, the most interesting thing on the RefuseFascism.org website is its “Donate” page. In the first paragraph, we see that addition to donating via Paypal, we can also send checks to RefuseFascism.org at 305 West Broadway #185, New York, NY 10013. A quick Internet search reveals this is the same address as The World Can’t Wait!, another political action group with a similar anit-war, pro-migration, pro-abortion agenda.

The second paragraph of the RefuseFascism.org donation page states:

So what or who is the Alliance for Global Justice? Well, this is where it gets interesting. It — along the with Nicaragua Network — is a group of pro-communists, Marxists and socialists that provide the the funding arm for a litany of international political action groups operating under familiar and unfamiliar names, such as the following:

The based Alliance for Global Justice headquarters rents out a single room in South Tucson. PHOTO: Joe Ferguson/Arizona Daily Star

Indeed, AFGJ is a self-proclaimed “think tank” and 501(c)(3) pass-through organization for 85 groups, many of them foreign. In 2016, they corralled more than $2.2 million in donations — and George Soros is one of the organization’s primary benefactors. As DiscoverTheNetworks.org reports:

Chuck Kaufman, a veteran Nicaragua Network operative who helped establish the ANSWER Coalition and condemns “the culture of U.S. militarism,” has been one of of AfGJ’s two national co-coordinators since 2003. He also has been active for many years in anti-war protests and Latin American “Solidarity” networks.

Kaufman’s fellow national co-coordinator at AfGJ from 2003-17 was Katherine Hoyt, a longtime activist with the Sandinista National Liberation Front, a Nicaraguan revolutionary Marxist group. When the Sandinistas mobilized against the Somoza government in 1979, Hoyt and her husband permitted the Sandinista guerrillas to stockpile Molotov cocktails in the couple’s home in Nicaragua. “After the coup” in that country, says the Capital Research Center, “Hoyt went to work for the Sandinista government, ultimately working as a translator for the national legislature.” …

By no means are Hoyt and Kaufman the only leftist radicals to hold key positions with the Alliance for Global Justice. Consider, for example, AfGJ employee James Jordan. After he visited Communist Cuba twice in 2015, Jordan sought to dispel what he characterized as the persistent “myths” that “have been the driving force shaping U.S. policy towards Cuba” – namely, the notion that Cuba does not permit its people to have any freedom of religion or freedom of speech. “I can say categorically in both of my visits that I saw absolutely no evidence of any kind of suppression of the right to worship, or not to worship, as one pleased,” said Jordan. With regard to freedom of speech, Jordan stated: “I did hear dissent openly expressed [in Cuba]. More often I heard nuanced criticisms of the government made by persons who were nonetheless supportive, but they recognized some problems and had ideas on how to make things better.” …

Stansfield Smith, a committed Marxist who frequently contributes material to AfGJ’s website, visited yet another Communist country – North Korea – in 2013. Following that trip, Smith claimed that the blame for international tensions regarding North Korea’s nuclear weapons program could ultimately be traced to the hostility and duplicity of the United States, South Korea, and Japan. …

That global justice could start with fitting this on George Soros. 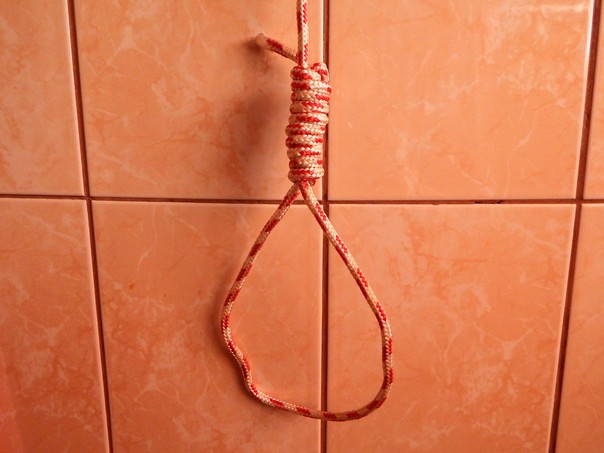 Herrera-Paz, Omar commented on Phyllis Maka's blog post BILLIONAIRES ENTRAPPING OUR CHILDREN FOR THEIR OWN DISGUSTING USE BRITISH AGENTS HARVESTING CHILDREN THE US COSTA RICA CANADA MEXICO
"Now you hear me okay they don't see me as what I am but they want me to go ahead and be what…"
1 hour ago