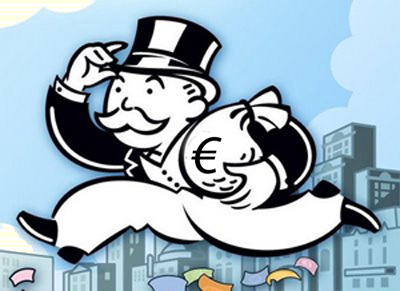 Former money manager Ann Barnhardt, who in November of 2011 made the decision to cease operations of her brokerage firm and ret...to her customers citing “systemic” problems within the entire financial industry, has issued a new warning about the stability of US banks and the safety of individual deposit accounts.

The warning, stemming from a recent federal appeals court ruling surrounding customer funds lost during the 2007 collapse of Chicago futures broker Sentinel, indicates that individuals who lose deposited funds because a financial institution improperly manages that money, even if those funds are supposed to be “segregated” from other operations of the firm, are essentially left with no recourse if the firm goes belly-up. According to the court, a misallocation of those customer funds, “is not, on its own, sufficient to rule as a matter of law that Sentinel acted ‘with actual intent to hinder, delay, or defraud’ its customers.”

The implications of the ruling, according to Barnhardt, will affect the monies of all private individuals who have seen their deposit accounts wiped out in the collapse of firms like John Corzine’s MF Global and put all deposit account holders in the country at risk should their bank be faced with a financial windstorm:

The NFA in collusion with the banksters, government and judiciary have achieved their goal. The entire concept of “customer segregated funds” is officially, completely, legally dead.

Guys, it is OVER. I know that many of you are still cowering in normalcy bias, unable to deal with reality, unable to face the world as it is, but you have GOT to snap out of it. The marketplace is DESTROYED. You CANNOT be in these markets. All legal protections are now officially gone.

READ THE REST OF THIS ARTICLE AT: SHTFplan.com

so glad i dont play any of those silly "money" games ;)

Mr. Sizzle commented on Doc Vega's blog post Converting America to the Global Government Tyranny!
"You’re a bit naive yet I commend your writing capabilities.  Historically when a…"
3 hours ago

cheeki kea favorited Aaron's blog post Unmasking The Mask Hoax – Bow Down Anyhow… Submit To All Unlawful Authority Or Else!
6 hours ago

Enjoy the videos and music you love, upload original content, and share it all with friends, family, and the world on YouTube.
8 hours ago
0 Comments 0 Favorites

"Fight of flight stress syndrome has been compared to the car in neutral and revved on high. It…"
10 hours ago

Chris of the family Masters commented on Phyllis Maka's blog post WHAT IS NEW??? O NOTHING NEW JUST THE SAME OLE BORING SHIT!
"A question was directed to the globalist servant."
11 hours ago

Phyllis Maka commented on Phyllis Maka's blog post WHAT IS NEW??? O NOTHING NEW JUST THE SAME OLE BORING SHIT!
"No I don't. It's the people obeying these idiots in authority that allowed these…"
11 hours ago

https://www.AskDrButtar.com/Ask Special Thanks to Be Brave https://www.youtube.com/channel/UCsJXg_erGVxBvMhaT1PS2tA Why Did The Media Not Talk About This | D...
11 hours ago
1 Comment 1 Favorite

Chris of the family Masters commented on Phyllis Maka's blog post WHAT IS NEW??? O NOTHING NEW JUST THE SAME OLE BORING SHIT!
"A question - " By ordering a lock down, do you confirm our status as prisoners?"
12 hours ago