God is an "Anti-Semite"

Illuminati (Cabalist) bankers are killing God in order to take His place.
This is the essence of Satanism.
"Anti-Semitism" should not be conflated with hating Jews. Many Cabalists (Freemasons) aren't Jews. Anti-Semitism is resistance to Satanism. If you love God, you will be an "Anti-Semite" too.

The Nazis gave anti Semitism a bad name. Perhaps this was their purpose.

Their crude propaganda, racism and genocide made it despicable. But, anti-Semitism had a long and noble tradition before the Nazis. It has always represented resistance to an occult political, cultural and economic plan for world domination. It deserves a rethink.

I will begin by stating my assumptions.

1. The truth stares us in the face, yet we can't see it.  Most Jews and Christians are unaware that Judaism is not a religion, but a satanic cult masquerading as a religion.

Judaism is not defined by the Old Testament but by the Cabala which says God is formless and unknowable. This is Satanism. The essence of a true religion is that God is knowable. How else do we obey his voice in our soul/conscience?
Cabalists say God is unknowable because he wants to replace God.  They say they are the physical manifestation of God. The "unknowable" God filters down to the Rabbi who manifests His will. The Cabala is the basis of Satanism and the Occult. Increasingly, Satanism is replacing Christianity as society's moral reference point.

The Illuminati plan to create a world "superstate" dedicated to their wealth, power and perversions. They believe in destroying society in order to recreate it in their... With the help of non-Jewish Freemasons, they have taken over the West and are inducting humanity into their satanic cult. I have listed many ways humanity is satanically possessed.

2. In a satanic cult, the rank and file is not told the true agenda. It is manipulated and degraded with specious arguments and platitudes (i.e. "tolerance", "diversity,""sexual liberation.")
In a satanic cult, people are coerced. People of conscience are smeared as "haters." The truth doesn't matter. Only political correctness. Society resembles such a cult.

When I speak of reviving "anti-Semitism," I don't mean discriminating against or persecuting individual Jews like myself. I mean opposing anyone -- Jew or non Jew-- who represents the Cabalist (Illuminati) agenda, now espoused by the whole economic, political and cultural establishment in the West, controlled by organized Judaism and Freemasonry.
Desmond Tutu. Mikael Gorbachev, the Bilderberg attendees. Many are Jews. Most aren't. But most are Cabalist Satanists or sell-outs.

There are really only two sides in the New World Order: The Cabalists versus the rest of humanity. The Cabalists include Freemasons on both the Right and Left, liberals, socialists, radical feminists, Neocons, Communists, Zionists, homosexual activists- you get the picture.

3. Organized Jewry is funded by the central bankers. Its agenda is to re-engineer the human race to serve them. They do this by destroying the four legs of our human identity - religion (God); nationhood, race and family (gender).  Their goal is one race, one religion, one gender and one world all in the service of the Illuminati bankers.
THE FIRST ANTI-SEMITE

The first anti-Semite was God himself. When Moses told him the Jews were worshiping a golden calf, "The LORD said to Moses, "I have seen this people, and behold, they are an obstinate people. Now then let Me alone, that My anger may burn against them and that I may destroy them..." (Exodus 32: 9-10)

I'm not sure what the ADL would say about God's genocidal tendencies. In any case, the Baal worshipers are now in charge and God would face a Human Rights Tribunal for his rash statements.

The great prophets of the Old Testament were also anti Semites. Jeremiah said Jews "will not speak the truth; they have taught their tongue to speak lies..." (Jeremiah 9:5). Isaiah says the lord will smite "the daughters of Zion [who] are haughty, and walk with stretched forth necks and wanton eyes..." (Isaiah 3:16)

Jesus joined the noble ranks of anti-Semites when he told the Pharisees, "Ye are of your father the devil, and the lusts of your father ye will do. He was a murderer from the beginning, and abode not in the truth, because there is no truth in him. When he speaketh a lie, he speaketh of his own: for he is a liar, and the father of it." (John 8:44)

Throughout history, Jews were criticized by a Who's Who of Western civilization. The Roman historian Tacitus condemned them for subverting religion, country and family and said they were "enemies of all races but their own."
George Bernard Shaw said, "The Jews had better stop being Jews and start being human beings."

(left. In a quote from Colliers Magazine, November 26, 1938, Einstein continues: "The Jewish group has thrived on oppression and on the antagonism it has forever met in the world.")
The Hungarian musician Franz Liszt said, "They sell ...the crowbars and the projectiles that destroy the foundations of faith and morals."

The great German poet, Goethe said, "This crafty race has one great principle; as long as order prevails, there is nothing to be gained."
Voltaire, the French philosopher, said, "The Jewish nation dares to display an irreconcilable hatred toward all nations, and revolts against all masters; always superstitious, always greedy for the well-being enjoyed by others, always barbarous - cringing in misfortune and insolent in prosperity." 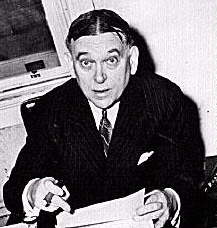 You can't generalize about all Jews but American critic H.L. Mencken was particularly harsh about many. He said Jews are "the most unpleasant race ever heard of. As commonly encountered they lack many of the qualities that mark the civilized man: courage, dignity, incorruptibility, ease, confidence. They have vanity without pride, voluptuousness without taste, and learning without wisdom...their charity is mainly a form of display."

Jews are not taught about the supremacist agenda of their cabalist leaders. Instead, they are told they are "hated for no reason" or because people need an innocent scapegoat to blame for their suffering.  Anti-Semitism is an "irrational sickness in the mind of the Gentile." Increasingly in the satanist New World Order, the sane are labeled sick.

Jews must realize that Judaism is not on the side of the angels, but it's not too late to get out.

It's time Christians realize that they have been had by the world's greatest tricksters. The Jews are not "the chosen people." Their leaders are megalomaniacs that destroy nations, kill millions and threaten the future of humanity.

It's time for all of us to realize that "anti-Semitism" is a litmus test of our freedom. Anti-Semitism was banned and severely punished in Soviet Russia. Is that the kind of society we want to live in?

MEASURES OF THEIR SUCCESS

The political, economic and cultural conquest of the world by cabalist Jews and their allies is the true history of the last 500 years or more. (The Illuminati bankers are behind imperialism.) Yet their control of culture is such that people are totally unaware that any conquest has even taken place. "Anti-Semite" is a curse that instills paralysis.

If you're not an "anti-Semite," in the sense described above, you are an opportunist, a dupe, or just plain clueless.

All wars were contrived by the Masonic (Cabalist) Jewish bankers to increase their power and wealth, destroy their rivals and advance their scheme of world-government. 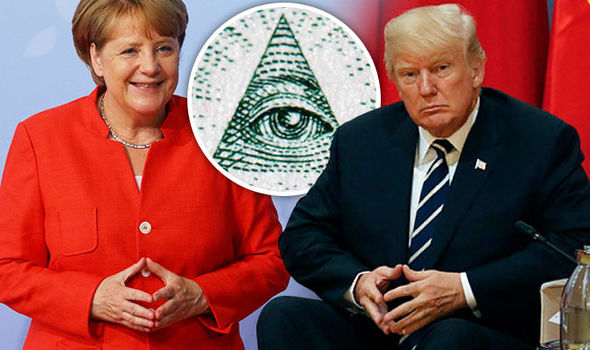 Our "leaders" are puppets and the mass media are prostitutes.  The Illuminati sponsored feminism, homosexuality, promiscuity and pornography to shred the social fabric (marriage and family) and undermine resistance.  9-11 was a false flag used to rob us of our civil rights. They continue to stage fake terror to confiscate our weapons.
Organized Jewry uses the "anti-Semite" to conflate the Cabalist Jewish agenda with all Jews, better to sacrifice them.  Most Jews have been brainwashed and refuse to acknowledge this agenda.

An ethnic Jew, the son of holocaust survivors who lost their parents, I understand  anti-Semitism past and present is largely resistance to the Cabalist agenda. I represent those ordinary Jews who refuse to be human shields, sacrifices and scapegoats for Organized Jewry's demented, satanic plot.


Related-  Taboo Against Antisemitism Must be Lifted
Zionist admits "anti Semitism is a trick we use" (to portray Gentile self-defense as bigotry)
Makow - Anti-Semitism is Often Justified
Makow - Creative Destruction - Why the Cabala is Satanic
Makow - Feckless Goyim Downplay Protocols of Zion
Makow -The Riddle of Anti Semitism
Newman - Is Lucifer the God of Judaism?
Gilad Atzmon - Did the Jews Just Lose Europe?
1001 Quotes by and about Jews

First Comment from Christine
Jeremiah 24 summarizes very well the distinction God makes between Jews who are faithful (good figs) and those who are not (evil figs).
When Jesus came, the faithful Jews DID accept him: But it was only a very small minority of the total Jewish population.
Nevertheless, those faithful Jews founded the church and took the gospel to the world. They were the light to the nations. That was the Jewish miracle that brought salvation to the world. No Jews, no church.
In contrast, the evil figs were cut-off from Israel and became the enemies of God, because they rejected Messiah.
The Jewish remnant (the 144,000 of Revelation) was saved in 70AD. This is a point of major confusion for Christian Zionists, of course, who think that God is going to save the Jews in modern "Israel" (note the satanic identity theft of that name there). They think that the prophecy in Isaiah regarding the regathering of Israel concerns what has happened since 1948. However, that regathering refers to the regathering of the Northern Kingdom of the 10 tribes (Israel) following their destruction by the Assyrain Empire for idolatory. God gave them the Christian territories of the UK commonwealth & the USA, and Christianity ruled the world. Jacob blessed the sons of Joseph: Ephraim & Manneseh (Genesis 48).
The Jews were promised Messiah, and He came. Ephraim and Mannasseh were promised the birthright (land), and they received it.
The year 1948 (the Zionist invasion of Palestine) was indeed a fulfillment of prophecy (Ezekiel 38) but it is the evil figs themselves who are Gog. In parallel to their physical invasion in the middle east, they invaded the mountains of Israel (Christian nations) with Hollywood filth,  materialsm, heresy, etc. etc, leaving them in their currently depraved state.  Thus God gave Ephraim & Mannasseh into the hands of antichrist again. But the 70 year period of spiritual Babylonian captivity is now coming to its close, and antichrist (Gog and the UN) is going to be destroyed.
ShareThis

If in doubt, just look around...

February 17, 2020In western society, personal success depends on your complicity in a diabolical…See More
11 hours ago
0 Comments 0 Favorites

"But but but... Trump's Terrorists are being decimated! The Syrian government's offensive…"
13 hours ago

"I've read that Patient Zero and many after them did NOT hail from Wuhan, nor were they there…"
13 hours ago

"I actually hope the US has a bad outbreak, in the southern border states, the leftist millenials…"
13 hours ago

"The rest of the world seethes with envy."
14 hours ago

James Roberts commented on the mighty bull's blog post post have stop coming through from China to New Zealand
"That is a very thoughtful and forward-thinking step, and most unexpected. Good for you guys. It…"
14 hours ago