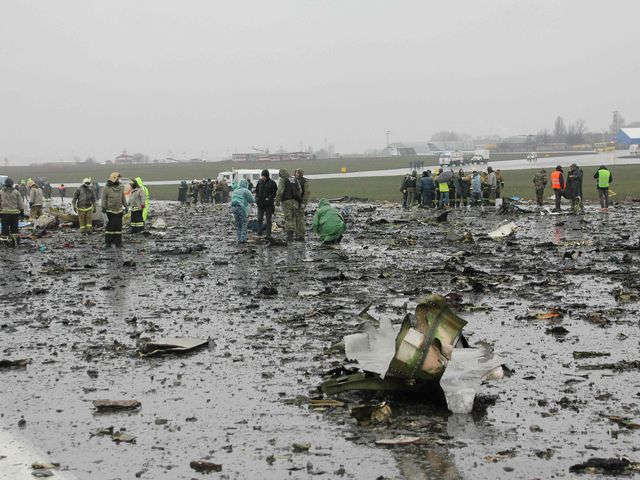 Russia’s Emergencies Ministry said the Boeing 737-800 operated by FlyDubai was carrying 55 passengers, most of them Russians, and a seven crew members of various nationalities, including a captain from Cyprus.

FlyDubai, a budget airline operating out of the United Arab Emirates, said Flight FZ981 was traveling from Dubai to the Rostov-on-Don airport, located about 600 miles south of Moscow.

Vasily Golubev, the governor of the Rostov region, told local journalists that the plane crashed about 800 feet short of the runway, according to Russian news agencies.

62 dead as Dubai plane crashes in bad weather in Russia

MOSCOW — Flights have resumed at the Russian airport where a Dubai plane crashed while attempting to land on Saturday, killing all 62 on board. 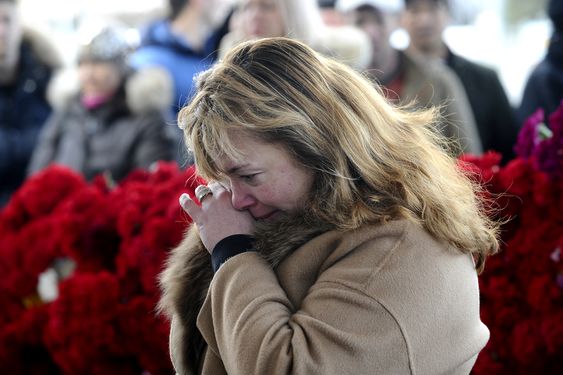 A woman mourns after putting flowers in memory for the victims of the crashed FlyDubai plane at the Rostov-on-Don airport, about 950 kilometers (600 miles) south of Moscow, Russia, Sunday, March 20, 2016. Emergency workers on Sunday finished combing the debris-laden runway of the airport in southern Russia where the plane carrying 62 people crashed before dawn on Saturday. (AP Photo)

FlyDubai's Boeing 737-800 from Dubai nosedived and exploded in a giant fireball on the airport runway before dawn on Saturday after trying to land for a second time in strong winds. Most of the passengers were Russian holidaymakers. The cause of the crash was not immediately confirmed but several planes had trouble landing at the airport at the time of the crash.

The black boxes were being analyzed in Moscow by experts from Russia, the United Arab Emirates and France, Russian officials said.

James Roberts commented on Chris of the family Masters's blog post Is the new 'deadly China virus' a covert operation?
"We'll see, I guess."
5 hours ago

"Burbia - Yeah, Alex Jewns. I haven't heard anything about Trump backing off support for…"
5 hours ago

What started as a mystery virus last month in Wuhan, China, has now killed at least 17 people and infected hundreds more around the world. In the US, the fir...
6 hours ago
1 Comment 0 Favorites

steve commented on stormtruther's blog post Jennifer Aniston: Braless star leaves little to the imagination in cream satin gown at the SAG awards...no, its a real headline!
"A couple of tittie ditties for your listening enjoyment guys Steve Show them to me--Rodney…"
9 hours ago

"Aussie expression. To see the light means wake up to understand something"
10 hours ago

Burbia commented on steve's blog post WARNING--- NOT FOR THE SQUEMISH-- Food from HELL, Quisine from the third world savages they are flooding our country with
11 hours ago

Burbia commented on stormtruther's blog post Jennifer Aniston: Braless star leaves little to the imagination in cream satin gown at the SAG awards...no, its a real headline!
"Yeah, age is a funny thing. As some men get older, they appear more feminine. As some women get…"
11 hours ago

Burbia commented on steve's blog post DIE versity be our strength U niggas feelz me, top 25 most dangerous american cities infested/infected by the fellas
"Gang Members Implicate U.S. Gov’t in Dumping Crates of Guns in…"
11 hours ago

steve commented on stormtruther's blog post Jennifer Aniston: Braless star leaves little to the imagination in cream satin gown at the SAG awards...no, its a real headline!
"Hey Burbia,  I can say without a doubt this yummy is a female after viewing her scantily clad…"
12 hours ago