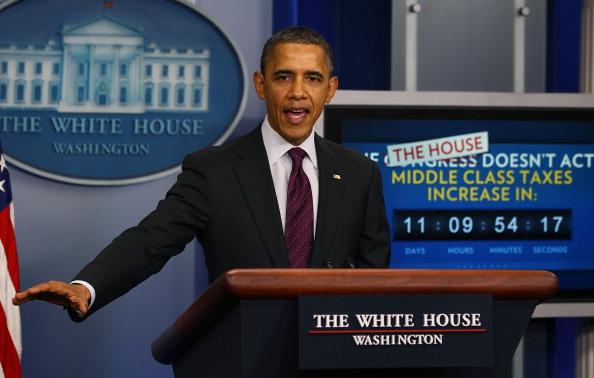 In the midst of the current chaos presently engulfing America we must ask ourselves, what indeed constitutes a dictator and what would epitomize the actions of a national leader who has unrealistic beliefs despite evidence to the contrary. Does President Obama aptly fit this description? Let us take a revealing look at the kinds of executive orders and actions this man has taken that have clearly compromised the best interests of his countrymen and the nation. When executive orders operate beyond the purview of Congress, should this form of dictatorial capacity be considered unconstitutional?

Refusal to protect the public

Despite the horrors of the Ebola virus out-break that has killed thousands in West Africa, President Obama has allowed the daily flights of up to 150 people a day to enter the US from that deadly hot spot of an uncontrolled viral epidemic. The president has a CDC leader who refuses to call for travel bans that would help contain the disease and protect US citizens. Instead, President Obama not only stubbornly refuses to take measures that would protect innocent Americans from needless exposure to a horrible affliction that emerged 30 years ago, but is now ordering thousands of US troops into the virus infested zone of West Africa unarmed and with minimal hazmat protection. At first, the announced mission of these soldiers was only to build containment facilities for Ebola patients, but now the truth reveals that the administration intends for these armed service personnel to be right in the Ebola hot zone unarmed as social unrest erupts.

Little respect for our military

In addition the President will also order an additional thousand or more National Guardsmen to the West African region. Why wouldn't these personnel be allocated to protect our southern borders with Mexico where ISIS terrorists have been apprehended along with drug cartel gangs and convicted criminals? Yet, we will go and expose our fighting men and women to a terrible contagion while allowing unfettered travel into the US as even American doctors have come in from the region with Ebola symptoms. Something is deathly wrong with this kind of rationale. Either the President is engaging in a deliberate effort to expose the US population to the ravages of the third world, or he is exhibiting a refusal to implement safe and sane procedures to limit the exposure of the American public to a potential epidemic that could afflict millions!

A plethora of threats

Under President Obama, America is being assaulted under so many different levels that they are too numerous to mention in a single article, but we will attempt to address further in what forms that President Obama has ardently continued his irrational support of destructive polices not to mention the deliberate deception that he has continued to exercise. When one is faced with the facts they would be hard pressed to come to any other conclusion other than America being at the mercy of an ambivalent and vindictive leader who punishes this nation whenever possible without any real opposition from a cowardly Congress and partisan Senate.

In evaluating this president’s negative impact on US energy policy and related job growth, one needs only to look at what Obama did to our electrical grid power reserves and a pipeline that could produce a cheap form of secure domestic energy while creating jobs and tax revenues for local jurisdictions. By using the EPA to punish the coal mining industry and enact new air quality standards that make it economically unfeasible for coal burning plants to provide electricity for the grid, the President has allowed a potential disaster to loom uncontrolled. With peak requirements for energy during the heat of summer and the cold of winter, power outages will more than likely occur creating life threatening  hazards for the people in those areas.

Coal fired plants are the back bone of reserve fuel when back up energy is needed to provide heating and cooling electricity during high seasonal demand. Alternative sources of supposedly clean energy such as solar and wind power have been proven intermittent at best and incapable of dependable production when needed. Studies have proven that relying on this type of energy back up could double or triple the cost of electricity to the consumer in a US economy already besieged by high unemployment and a rising cost of living. It seems President Obama is reticent to acknowledge the suffering of the American people when implementing his ideologically driven agenda.

When the Keystone Pipeline was proposed for distributing vast Canadian tar sands overland to Texas refineries on the shores of the Gulf of Mexico, it was clear that jobs, cheap energy, and tax revenues would be generated, yet the president refused to sign the permits that would allow this boon to be realized by American workers desperate for jobs and a nation that could be held hostage by foreign oil. With no action being taken President Obama doomed the US to higher energy prices for imported oil, fewer jobs, and the resultant tax revenues that would have been available to local government.

Indifference to the nation

Is simply the work of an entrenched ideologue that makes this President tick? Are his counter-productive actions the result of simple philosophical differences due to his upbringing and childhood influences? Is the fact that Obama, by all accounts, never held a job or managed a business, used a federal grant as a foreign student, and went directly into community organizing an excuse due to lack of practical experience? Or, is it that this man has a bone to pick with America and what he and his like use the term as “white privilege” as being the true force behind the politics of punishing this Constitutional republic for which the president seems to have so much contempt for?

We will further examine these questions in Part II.

luv it, but 1 critique here...quit putting that word "President" in front of this usurper's "name", this bastiche impostor is far from one, hell, we really don't even know this criminal's actual name is really

"Book of Matthias chap 3 verse 7 - "If felines and avians make dance together, then both have…"
2 hours ago

"There must be scorched Earth, no quarter, and not just with the lower non-Whites (the Africans, the…"
3 hours ago

James Roberts commented on Central Scrutinizer's blog post SOUTH DAKOTA CONSIDERS FIRST STATE BILL TO OUTLAW ALL VACCINE AND MEDICAL MANDATES
"Autism can be seen as a kind of next iteration of humanity, almost a next evolutionary stage. It…"
3 hours ago

"There is a pathogenoid even worse than the corona virus. It is located in the brains of the decease…"
3 hours ago

Less Prone favorited Liz Dillard's discussion THEY ARE RULING BY FEAR....DON'T LET THAT STOP YOU !!
3 hours ago