Invasion of the Body Snatchers For Real 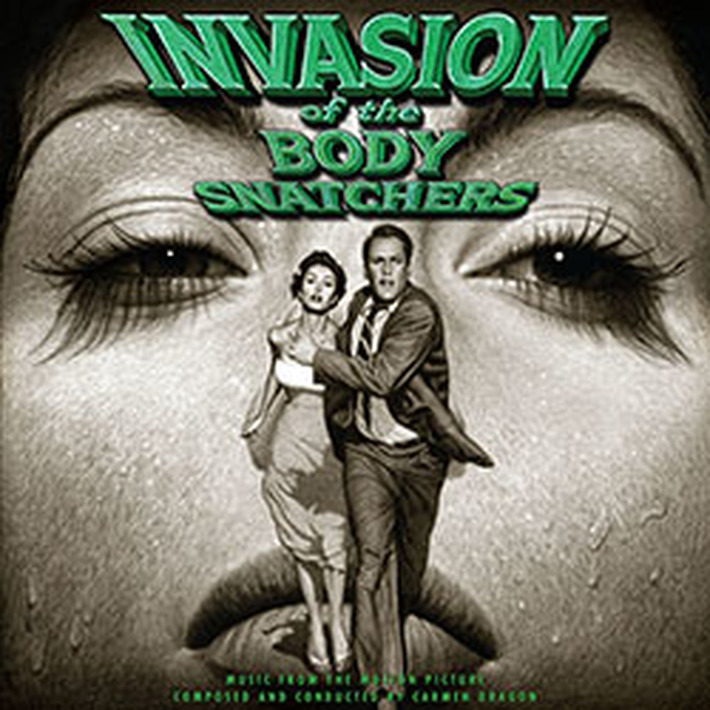 This article is not about alien beings from another world harvesting humans even though in 1959 a US soldier who was reported AWOL was found at White Sands and his commanding officer was put on court martial testifying that he had witnessed a flying saucer abducting the trooper in the New Mexico high desert. This was the reason why his body was later recovered mutilated like the cattle that had been discovered for years before in an unsolved mystery that continues to this day. No, we’re not going there.

But, we are going here. In the countries of Asia and China there is a ruthless organ donor industry made up of unwilling members who never intended to have their vital organs harvested. Many cases of tourists and even local citizens becoming the victims of car wrecks due to the poor traffic enforcement policies of the local police and the fact that the people of Thailand and other Indo-China region drivers never get driver education and are terrible drivers! As a result, horrific traffic accidents occur on busy overcrowded inner cities streets where scooters, motor bikes, huge tourist buses, and impatient drivers make up a stew of potential driving disaster!

Even in Taiwan, one will cringe as they watch scooter drivers clustered around huge touring buses where the drive cannot possibly see the small vehicles clustered around him as he crosses busy intersections or merges into other packed thoroughfares poorly marked and hardly patrolled by police. Often in China, Thailand, and Vietnam terrible accidents occur. To make matters worse often the victims may lay there for very long periods of time, badly injured, bleeding on the streets, and waiting for ambulance response that is often too late, especially making progress through hopelessly crowded inner cities gridlock!

Harvesting from the herd

Then comes the body snatchers! In cities like Bangkok an American or European driver might get run down or be pinned inside of his crushed vehicle, barely clinging to life, praying he will be saved, and suffering from the Asian sun rays as they beat down on him. Suddenly people show up who do not appear to be hospital or emergency medical help but they pick up the injured and rush them away from the scene. Well, this is surely strange, the bleeding motorist thinks as he is hustled along to a dark and seedy district of the bustling city. Is this a Good Samaritan? The driver is nearly in shock from his injuries as he is driven by a small truck to a residence or warehouse, he can’t tell. Once inside he wonders if they are simply waiting for the ambulance or if perhaps a friendly doctor has a home practice like, for instance, midwifes in the states, and he will finally get some medical attention. 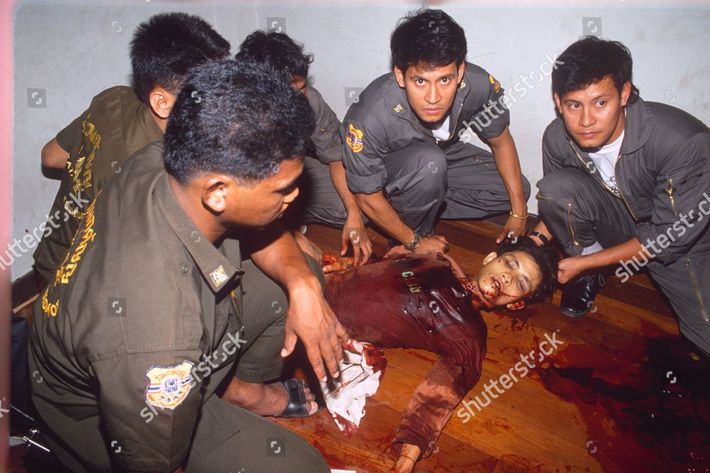 The man is carried to a table, next to it is a bucket and an insulated container. Next to that is a bath tub full of ice. Then the dazed driver glances out of the side of his eye to a little menacing looking man with a cigarette hanging out of his mouth. He has a long knife in one hand and a syringe in the other. Staring at the bewildered driver who is paralyzed with injuries. Suddenly the stricken driver gasps! The little Asian man gestures to others who have surrounded the table and begin holding the quivering man down. The syringe delivers a powerful anesthetic that soon knocks the bleeding driver out. Without sterile medical equipment, a breathing apparatus, or heart monitoring equipment, the savage little man begins to make incisions in the abdomen of the driver. Opening up the cavity to extract organs like the liver, kidneys, and even the heart which are worth hundreds of thousands on the open human organ market. Where organ transplant waiting lists ensure that plenty of donor organs are needed for operating rooms from America to the Scandinavian Countries where trauma wards anxiously await organs for accident victims, those wealthy enough for a living organ for a diseased recipient, or simply new lungs for a lifelong smoker who has been waiting months. No questions asked!

The driver who was struck on the streets of Bangkok and severely injured was one of many victims who fall prey to the “Body Snatchers” who monitor police scanners and then race to the scene of the accident to beat the ambulance for the hospital and proceed to line their pockets after the gruesome on site removal of an innocent person’s organs for profit! If the victim is lucky, maybe a skilled surgeon who happens to be running a little business on the side will be at the helm so that maybe the victim has a chance, has an actual viable surgical procedure performed with minimal lifesaving equipment available, and may even get the dying patient to the neatest hospital, but in all likelihood, it will be greedy thugs who are no butter than butchers with rudimentary skills simply making money over the bodily resources of a traffic accident victim. This ghoulish practice has been going on for years as tourists disappear and may be eventually uncovered lying in an alley, tossed out to sea, or dumped at a poor clinic where they will gradually die without ER procedures at a hospital before very long. To these people, a stricken and injured foreign driver is no more than a business transaction leading to a supply source for the human organ donor black market. The same has been reported even in Mexico City. Organ replacement is a profitable procedure, and most doctors and hospitals don’t ask questions when rich dying clientele are awaiting a lifesaving procedure. It is strange that the foreign press has been hesitant to report or inform visitors of such perils. I guess that they don’t want to hurt their incoming proceeds from tourism!

China is doing its official best to use its prison system as a ready source of organ donor inventory, and with thousands upon thousands of imprisoned dissidents and political undesirables there is a rich source of merchandise to be extracted and sold. What else could you expect from a Communist regime that used to inject Formaldehyde into the fontanel of the unwanted baby girl who was euthanized and tossed into piles at public hospitals during the “One Child” doctrine to limit the size of the mainland Chinese family due to poverty and food shortages that the Communist government grudgingly managed?

America is not innocent in this respect. In the US the ghoulish harvest of stem cells and baby organs for laboratory experiments and tissue inventory has been satisfied by Planned Parenthood not to mention doctors who operate discrete private practices gathering their resources for profit. Little does the public realize that by performing more than 300 thousand abortions every year that a sizable organ donor and stem cell research inventory accumulates as the butchers themselves fantasize about buying the latest high performance luxury Euro sedan with the handsome profits they will make from the babies they cut from the wombs of young mothers. Teenagers who can legally get away with having the deed done without even having their parents notified make a young and healthy source for baby tissue! Like cannibals, modern medicine consumes its own species without a second thought while demonizing those who call for putting a stop to this kind of inhuman heresy! Add other private abortion enterprises who do not get federal government subsidy, and you have a thriving industry! No wonder there is little remorse of those who cannot defend themselves!

Even on NPR one hears the truth about how from 600 to over 900 thousand abortions on black Americans annually keep the population growth for them at zero while baby organs get top dollar from bidding laboratories across the country. Some employees working at these facilities have been known to faint at the sight of a human baby head staring at them once they unwrap the dry ice preserved container, surprised by the gruesome nature of their job, but this doesn’t seem to bother abortionists or their profiteering administrators at all. We are now in times where the sanctity of human life means little if there is money involved! 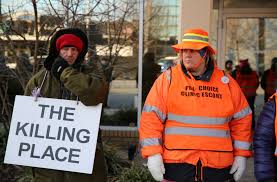 Mr. Sizzle commented on Chris of the family Masters's blog post American National Alert and Appeal
"@Steve Yes,  it’s called the Samson option where Israel openly states that it has…"
6 hours ago